Western Saddles The western style saddle goes back to the Crusades and earlier... 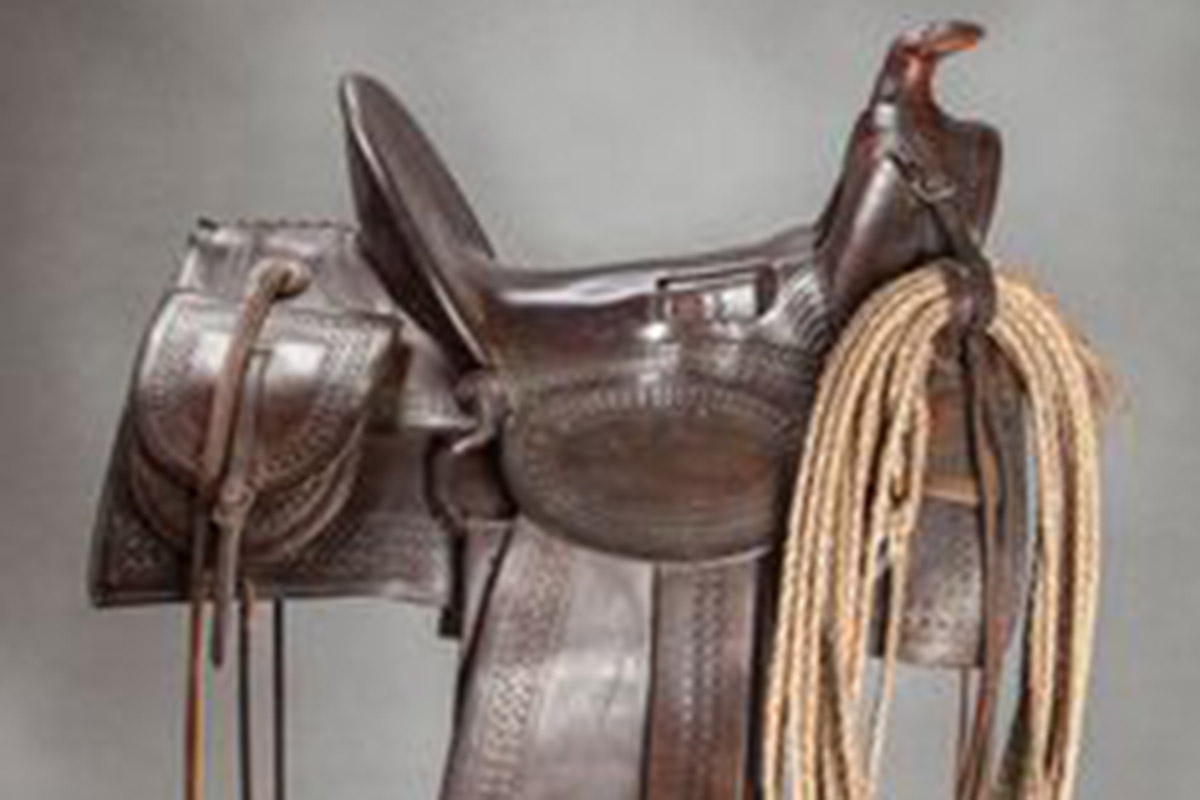 The biggest difference between the western saddle and eastern is the horn. The saddle horn was essential for roping open range cattle during roundup time. Back east in the heavily wooded country cattle were mostly herded on foot. Neither horse nor rope was necessary. But the western style saddle goes back to the Crusades and earlier.

The western saddle can be traced back to Moors A.D. 700. They were designed for battle with high cantles and forks for protection along with long stirrups for riding with armor. The Spanish adopted the style and became the “Spanish War Saddle.” They brought it to Mexico during the conquest in the early 1500s. In Mexico it evolved into a stock saddle, a tool for the vaqueros. As Spanish colonization moved into North America it evolved into two different major branches, the Californios and the Tejanos.

Cattle roamed wild and free in the western ranges and because it was a “land of little rainfall” or “short grass country”, the horse and rope were essential to working cattle. Throughout history the measure of a good cowboy wasn’t his skill with a six-shooter or how good he could ride but it was the ability to rope.

Ranching, rodeo, riding, roping and most of the lingo all pay silent homage to the Mexican vaquero. When the Americans arrived in Texas in the 1820s they adopted big, plain, heavy square-skirted, double-rigged saddles that were suited for the heavy brush of the area. The Mexicans used a roping style called the dar la vuelta. They would rope a steer and before the slack came out of the lariat they would take a turn around the saddle horn. The term was corrupted to “dally roping.” The Texans came up with their own creation tying “hard-and-fast” where the rope was anchored to the saddle horn. There were advantages and disadvantages to both styles.

Many a cowboy lost a finger or thumb while taking a dally around the horn. That happens when they take the rope and wrap it around the saddle horn after they have either headed or heeled the steer.  The trick is, to not get any fingers caught up in the mix.

And many a cowboy lost his rope and saddle when that steer ran of dragging both in a cloud of dust.

In California and the Pacific Northwest the Californio’s and buckaroos saddles were centerfire and lighter. Unlike the Texas brasada country that was tough on saddles, they could decorate their saddles with beautiful silver conchos and fancy tooling. Eventually the two styles would merge, much like the crowns of their hats. There was a time one could tell where a cowboy was from, be it Montana, Texas, Idaho or California by his rigging or the style of his hat.