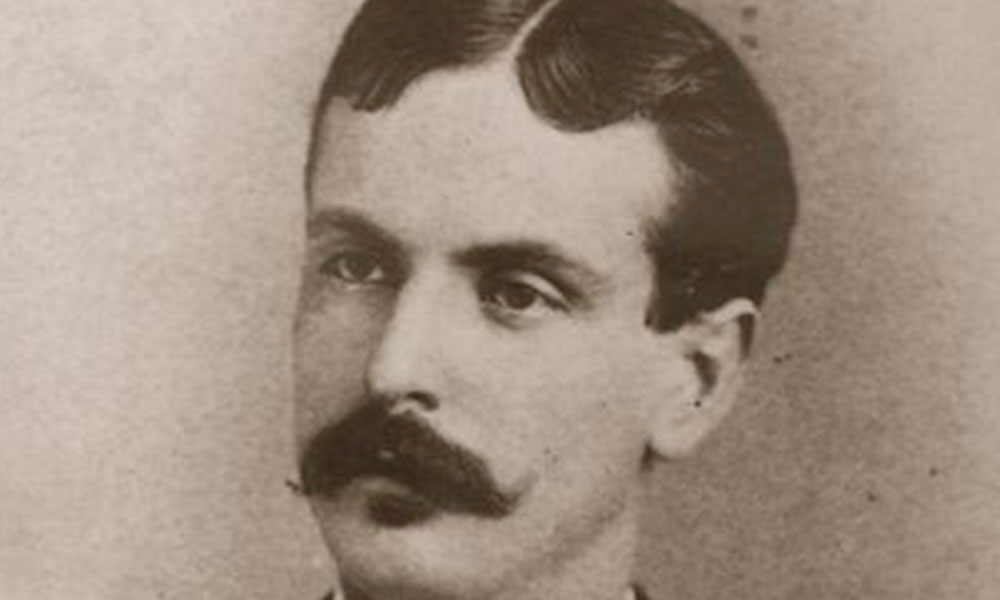 Baz Outlaw was the kind of guy you didn’t want be anywhere near when he was drinking. Baz came from a good family, was educated and had fine manners. When sober he was well-liked. His nemesis was booze.  I reckon he never figured it out or if he did, wouldn’t or couldn’t do anything about it.

Captain Frank Jones kicked him out of the Texas Rangers for being drunk on duty in Alpine. Then on April 4th, 1894, while Baz was working as a deputy U.S. Marshal. He spent the afternoon drinking in the local saloons. He ran into constable, John Selman and they decided to visit a Tillie Howard’s popular brothel. Outlaw went into the toilet where apparently he dropped his pistol and it went off.

Tillie heard the shot and blew her police whistle, causing Outlaw to start wrestling with her for the whistle. Texas Ranger Joe McKidrick, who was nearby, came running and asked, “Baz, why did you shoot?”

Baz replied, “You want some too?”

He drew his pistol and fired point-blank hitting the ranger in the head. A second shot hit him in back. Selman pulled his pistol and the two exchanged pistol shots. Selman’s shot hit Outlaw near the heart while Outlaw’s shot barely missed hitting Selman in the head but the smoke blinded him temporarily. Outlaw got off another round severing an artery in Selman’s leg.

Selman stumbled away to find a doctor. Meanwhile Outlaw was found on the street by two Texas Rangers, who took him to a saloon and stretched him out on the bar. A doctor was summoned but could do him no good. They laid him down in a backroom on a prostitute’s bed. “Oh God help!” Baz cried. “Where are my friends?” He died four hours later.

As a result of the fight, Selman walked with a cane and his vision was impaired.

Selman was no Boy Scout. He’d been involved in a number of Texas feuds. He was a vicious killer and had been both an outlaw and a lawman. On August 19th, 1895 in El Paso, he walked up behind John Wesley Hardin, in the Acme Saloon and shot him in the back of the head.

On April 5th the following year Selman got into an argument with George Scarborough. The two went into an alley, jerked their sixguns and when the smoke cleared Selman lay mortally wounded on the ground. No one mourned his passing the following day.