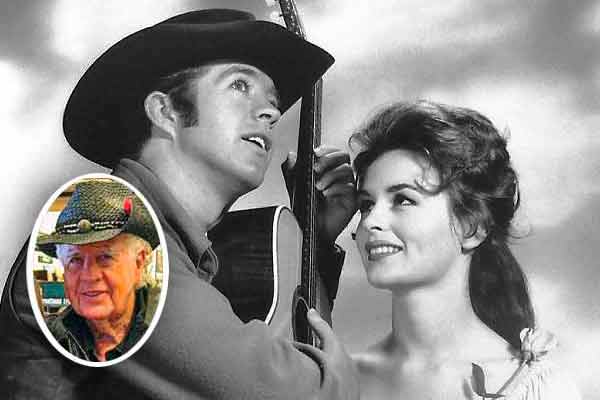 When I shot my first episode of The Tall Man, Universal Studios found a wonderful pasture by the freeway, which had dozens and dozens of cars going back and forth, back and forth. They spent a lot of money on cattle. We lost the whole scene—they couldn’t hear one  word that we said. So we lost a big production value with the cattle. That means a lot on a television episode because they don’t have a lot of money to spend.

When I played Billy the Kid, I knew about the legend of the Western outlaw. Did I believe it? No, none of it.

I was broke when I stepped onto The Virginian. I had to ask Frank Price, who ran it, for a job. He fired an actor off the set and hired me. Had I known he had fired someone, I would not have accepted the job. You have your values. Boy, it’s a cutthroat business.

I didn’t become a big movie star. No, I did not. Am I disappointed? Yes, because I could have gotten better roles, more money and mounted several Cybill Shepherds instead of just one. In the movies. On a pool table.

Because my father’d been on Broadway with George M. Cohan,  and my cousin’s Will Rogers, I have always been in show business in my mind.  Always, always, always.  I knew nothing else, I know nothing else, and I don’t care to learn anything else.

My son, John, is a composer and a director and a cinematographer and an editor and an actor. He does all of it, because that’s what he was taught to do.

My parents were not very excessive in their interest of their child. It was a lone existence. It was bad. But it gave me time to dream, and I became an artist. Which also is bad, you know, very painful.

I didn’t get to do the dreaming, the research into the writing.  There were things in that writing that we didn’t have time to find.  Things that you guys wrote. It was there: we just didn’t have time to dig it out. I resent that personally because I know what we could have done, had we had the time.  People did not believe in the time in those days; they believed in the bottom line.

What people don’t know about me is I’m extremely poor; I’m a pauper and would dearly love to have contributions of bags of money, if they can get around to it, and spend their time sending me funds. I would like that a lot. I feel like I’ve missed out.

Turning 86 this November, Clu Gulager was born in Holdenville, Oklahoma. He served as a marine at Camp Pendleton from 1946 to 1948. He started out in experimental theatre in Paris, France, mentored by actor Jean-Louis Barrault. By the 1960s, he was a contract actor with Universal. He is most known for his role as Billy the Kid in 1960-62’s The Tall Man and Deputy Emmett Ryker in The Virginian series on NBC. He recently appeared in his son John’s 2012 Comedy-Horror film Piranha 3DD, and he teaches the next generation at his film acting workshop in Hollywood.