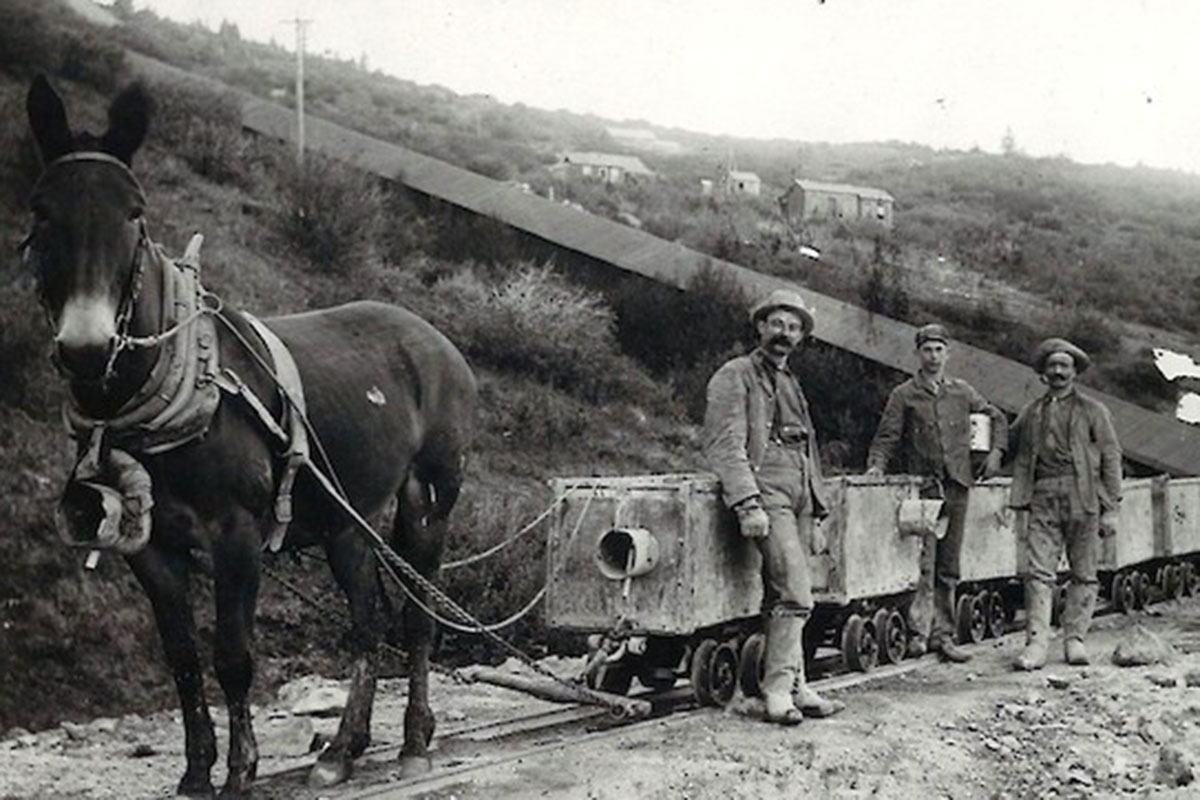 Del Potter ran a little railroad he proudly bestowed the prestigious name, the Clifton and Northern.  The line ran from the little town of Clifton to a mine north of town. The Del Potter’s railroad had only one engine and that was pulled by a mule, but Del considered himself a full-fledged president of a railroad with rights to all privileges and courtesies.

By custom, as a courtesy railroad companies issued passes to owners and presidents of other rail lines. Thus, railroad nabobs were allowed free passage to travel anywhere in the country.  Potter saw this as an opportunity to see America first class so he printed up elaborate passes for his Clifton and Northern Railroad and sent them out to all the railroad presidents around the country.

They reciprocated and soon Del had enough passes to take an extended vacation.  He closed down his line and hit the road on a tour of America. Everywhere he traveled, Potter was treated with the proper respect generally accorded the president of a railroad.  He slept in the comfortable Pullman cars and feasted in the fancy dining cars.

Potter might have gone on traveling indefinitely had not one of his fellow presidents, a man who prided himself on having ridden on every railroad in America, decided to take a ride on the Clifton and Northern line.

To get to the town of Clifton in those days was quite an ordeal in itself. The nearest real railroad terminated at La Junta, Colorado, some 700 miles away. The rest of the journey was a long, arduous wagon ride across some of the wildest country in the West.  When the exasperated railroad president finally reached Clifton and got a firsthand look at the Clifton and Northern with its mule-powered single engine, he indignantly decided to forego the ride and returned in a huff to his eastern home.

News traveled fast and it wasn’t long before Potter received notification that he had been unceremoniously expelled from the distinguished and select fraternity of railroad presidents.