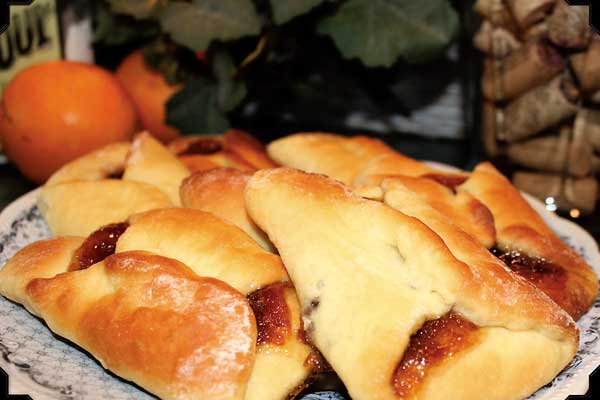 After moving to White Oaks, New Mexico, in 1886, Albert Zeigler was awaiting 10 gallons of “very fine wine,” as the pioneer put it, that ox teams were transporting from San Antonio. “When the keg came we were all so anxious to get a good drink,” he recalled, “but when we opened the keg you can imagine our great disappointment to find it filled with water. Someone had taken the wine out and filled the keg up with water.”

Wine in New Mexico dates back to 1629 when Franciscan friar Garcia de Zuniga and Capuchin friar Antonio de Arteaga smuggled grapevines out of Spain and planted them at San Antonio de Padua Mission at Senecu, a Piro Indian pueblo near Socorro.

California, Arizona and Texas also have wine roots dating to the Spanish Missions. Phoebe Arnett, who lived in Stranger, Texas, in 1866, recalled a divine wine incident. Baptist deacons were serving communion when a young man remarked he wanted some. The deacon refused because the man was not a Baptist. “He comes back with, ‘Well I’m a Methodist. Besides this church belongs to us all.’ The deacon replied, ‘It may be your church, but this is our day, our time to hold service,’” she said. “…and the outcome was the Baptists built their own church….”

California’s mission grapes weren’t the best, and the 1849 Gold Rush brought a large influx of immigrants who appreciated good wine. Many went north to Napa and Sonoma Counties and planted vine clippings they had brought with them.

Oregon and Washington’s first wine grapes were planted at Fort Vancouver by the Hudson’s Bay Company in 1825. Peter Britt planted some of Oregon’s earliest vines at his Applegate Valley vineyard in 1858; the photographer called his winery Valley View. Adam Doerner opened his Umpqua Valley winery in 1888 and crafted a blended wine called Melrose Red.

By the late 1840s, German settlers in Hermann, Missouri, were turning out more than 10,000 gallons of wine each year, which increased to two million by the 1880s. They planted Norton—the state grape—and the Concord.

Other states, like Montana and South Dakota, made fruit wine. Lizzie Miles, who moved to Superior, Montana, in 1891, remembered an Indian resident who enjoyed fruit wine. She recalled, “She used to smoke a corncob pine, the kind they make themselves…. She liked her drink pretty well and used to make raspberry wine. She’d say, ‘Um, good. Just pour down throat from bottle.’”

Anna Pésa Vojta, who arrived from Czechoslovakia and settled in Dakota Territory in 1876, made wines from berries in the region. Her great-great-granddaughter Sandi Vojta operates Prairie Berry Winery in Hill City, South Dakota. The best dessert to drink with her fruit wines is the kolache, a Czechoslovakian pastry that Sandi shares with us from a family recipe.

Cream sugar, shortening, salt and eggs. Dissolve yeast in water and add to creamed mixture; add two cups of flour to yeast. Stir by hand (or beat on low speed). Stir in remaining flour. Let rise in warm place for 1  hours. Stir down and turn onto a well-floured board. Divide into 24 equal pieces.

Shape each piece into a round ball. Place onto a greased baking sheet. Cover with cloth and let rest about 15 minutes. Form each ball into a flat four-inch square. Place one tablespoon of fruit filling (Vojta family uses a prune and apricot filling) into the center. Bring opposite corners together. Moisten with milk, overlap about one inch and seal well. Let rise about 30 minutes.

In a 375-degree oven, bake kolaches for 15-18 minutes or until brown. Brush with melted butter and lightly dust with confectioners’ sugar. Serves 24 and can be eaten warm or cold.