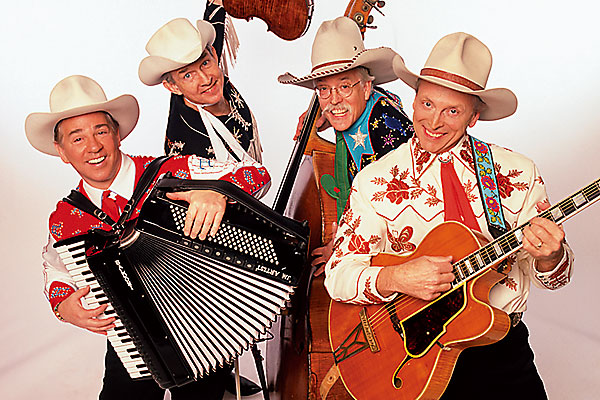 The sophomore contest of Powwow Idol held in 2010 wiped out the drum groups hailing from the American West, including Soldier Hill from Montana and Plain Drifterz from Oklahoma. On June 6, a Canadian victor became the Powwow Idol: Chippewa Travellers, from Ontario, with 15 singers, plus the Smoke Family.

Chippewa Travellers’ drums will become the heartbeat that powwow dancers step to at the 2011 Gathering of Nations in Albuquerque, New Mexico. Numerous drum groups and dancers will celebrate their native traditions at the following upcoming powwows, and into the next year.

The Next Act: Be sure to dine at Red Willow Restaurant inside the Wind River Casino. If you’re lucky, the grass-fed beef will be on special. This beef comes straight from the Arapaho Ranch, which, at 595,000 acres, is the nation’s largest certified organic operation. If the restaurant does not have it, you can take some home with you. Arapaho Ranch beef is available for purchase at the 789 Smokeshop in Riverton.

The Next Act: The best known of Gallup’s hundreds of galleries and trading posts are Perry Null Trading Company, Shush Yaz and Richardson’s. Yet what most don’t know is that Richardson’s offers free group tours, about two-and-a-half hours long, which share the history of Indian trade; corral up a sizeable group and call 505-722-4762 to make arrangements.

The Next Act: The Green T (officially Green Triangle) is where the local cowboys and college students mix and mingle. You got your mechanical bull, and even an occasional shoot-out we hear, since co-owner Dana Jo Hillman holds eight world titles in cowboy action shooting. What to eat: Prime rib is excellent; onion rings are huge and “not all batter and no onion,” the locals tell us.

The Next Act: Dust your boots off at Arkey Blue’s Silver Dollar Saloon and enjoy authentic Country music at this honkytonk. Owner Arkey Blue has been performing there since he bought the place in 1968. Singers mostly cover the classics— Ray Price, Lefty and Kitty Wells on Friday and Saturday nights.

The Next Act: Paul Calhoon insists on authenticity, which is why you’ll find Hopi Kachina dolls on the west wall of his trading post, not Navajo Kachinas (dolls manufactured purely for the tourist trade).
He runs the Attic Hogan, started by his father in 1970. Paul keeps extensive records on each of the artists who make the handmade items. The circle of life is strong here.

The Next Act: Extend your trip to October 8 for the Crownpoint Navajo Rug Auction, where your pocketbook will thank you because buying directly from the artists saves you two or three times what you would pay off the reservation. Hundreds of handmade Navajo rugs, as well as jewelry, pottery and beadwork are for sale.

The Next Act: Learn Lakota legends at the Sioux Indian Museum inside the Journey Museum Complex. Also check out the more than 2,600 styles of historic beads in the Italian Bead Library at Prairie Edge Trading Company—almost a museum in itself with its offerings of star quilts, jewelry, pottery, trade cloth, buffalo parts and other crafts and artwork by Northern Plains artists. (Don’t forget to grab a beer and buffalo burger next door at the Firehouse Brewing Company.)

The Next Act: Tune your radio to 91.7 FM for “NdN Heart Beat” for Ken McKenzi-Grant’s playlist of contemporary and traditional American Indian music on Thursday. Music lovers will also appreciate Austin’s Texas Music Museum, which not only celebrates American Indian music, but also Tejano, Texas Jazz and cowboy songs.