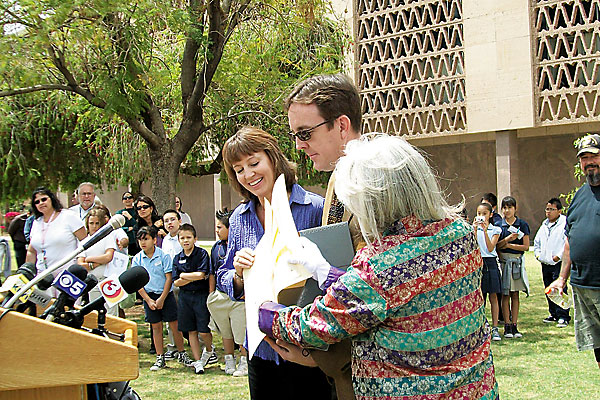 “You sons of bitches, you have been looking for the coroner’s report, and you can have it!”

Okay, that’s not exactly Cochise County Sheriff John Behan’s testimony at the coroner’s inquest. (He said one of the Earps called out,  “you have been looking for a fight.”) But we could envision the gunfighter saying that today if he heard the latest news surrounding this legendary Old West shoot-out.

You know the story of how four lawmen and four Cowboys met in an empty lot behind Tombstone, Arizona’s O.K. Corral in the early afternoon of October 26, 1881. How three of the Cowboys were killed, and three of the officers were wounded.

You may not know the aftermath.

Two days after the gunfight, Cochise County Coroner H.M. Matthews impaneled eight citizens as a coroner’s jury, charged with rendering a verdict on how Billy Clanton and Frank and Tom McLaury met their maker. Eight people testified. Cochise County Sheriff Johnny Behan. Ike Clanton, who had been present when the guns went off but ran away. Billy “The Kid” Claiborne, who had left the empty lot just as the lawmen arrived. All the witnesses had either seen the battle or had relevant information about the incident.

After two days of testimony and a couple hours of deliberations, the inquest conclusion was too obvious—the McLaurys and young Clanton died of gunshot wounds inflicted by Wyatt, Morgan and Virgil Earp, and Doc Holliday. People grumbled; they wanted the verdict to tell who started the affray.

The number of shots during the fight: about 30 in approximately 30 seconds. The number of words in the inquest verdict: 42, after two days of work.

Like all such official documents, the inquest report was kept at the Cochise County Courthouse. When Bisbee became the county seat in 1929, it moved there. Copies were made over the years, even as the 36 handwritten pages yellowed and tape was used to hold the pages together.

A 1969 letter from the county clerk indicates her office had possession of the report at that point. But some time after that, the document went missing. Nobody was sure if it had been tossed out, stolen or just misplaced. Some attempts were made to locate it, but the clerk’s office was understaffed and overworked. The efforts were for naught.

Two deputy clerks going through an old jail storage space in the courthouse noticed a box with some modern manila envelopes marked “Keep.” The date was 1881. They turned the box and its contents over to Cochise County Clerk Denise Lundin, who had been looking for the coroner’s report since taking office in 1994. She immediately recognized it and was elated at the find.

The condition of the documents concerned her. “We are record keepers, not archivists,” Lundin says. “We have neither the resources nor the expertise to properly handle these important and valuable documents.”

The solution: give the inquest documents to the Arizona State Archives, which she did on April 21. Document restorers will work to stabilize the fragile paper and ink. Eventually, the report will be on exhibit and, hopefully, available online.

Lundin says she’s also talking with historians and archivists about looking for more old documents in the courthouse. She believes other materials from Tombstone’s Wild West era are just waiting to be rediscovered.