How Good was Mail Service in the Old West 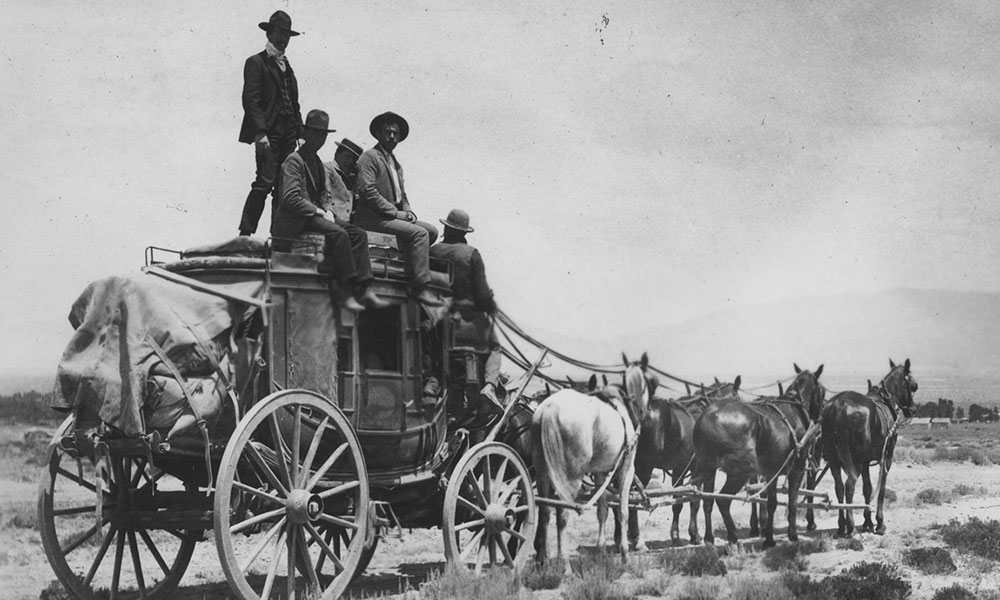 The California Gold Rush put westward expansion on steroids. Californians were demanding better mail service, which up to then had been almost non-existent. From 1858 to 1861, John Butterfield’s Overland Mail transported passengers and mail twice a week in both directions along the southern route between St. Louis and San Francisco also known as the Ox Bow Route.

The stagecoach traveled day and night on the 2,800-mile journey that took about 24 days to complete. The speed averaged about 5 miles an hour so the stage could make about 120 miles in a 24-hour period. The trip was long and the roads were rough. On steep grades the men had to get out and push. Coaches could hold nine passengers providing the passengers interlocked knees. When necessary passengers could also ride on the roof. All in all it was dependable and well-organized.

Stations were located about twenty miles apart where there was a twenty-minute pause to change teams. It wasn’t a comfortable trip; sleep was almost impossible and the food at the stations was abysmal but they did provide plenty of mustard to kill the taste of the stale fried beef or pork.

The southern Ox Bow Route which went from Tipton, Missouri down through Fort Smith, El Paso, Tucson, Yuma, Los Angeles and up to San Francisco. It ended on March 1st, 1861 with the outbreak of the Civil War and the Apache uprising in Arizona and New Mexico. John Butterfield’s Overland Mail failed to get through only once, in 1861, when Chiricahua Apache attacked the stage in Apache Pass.

During the eighteen-month period from April, 1860 to October 1861, mail carried by the Pony Express costing $5 an oz. was the most direct East/West communication and a letter from St. Joseph to Sacramento took about ten days.

Trans-Western mail service continued to operate with Wells Fargo, Ben Holladay and the Overland Mail lines. The U.S. Government canceled its last contract on May 10th, 1869, the day the Transcontinental Railroad was completed from Omaha, Nebraska to Sacramento reducing the time in transit for mail to a week or less.

All mail service only traveled the main lines. It got a lot more complicated when delivering mail to outlying areas. In 1845 the postal department established Star Routes. This allowed for the hiring of contractors to haul the mail to new remote routes by anything from snowshoes to canoes. That was later expanded to the horseless carriage. The mail then traveled this network of Star Routes along America’s mountains, rivers, valleys and highways serving rural areas until it ended in 1974.