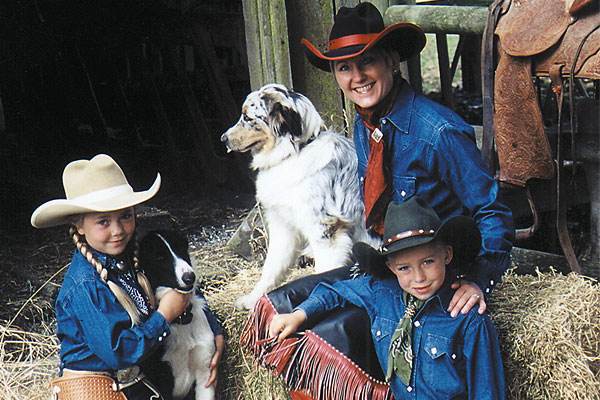 Joni Harms can toss a 100-pound hay bale with almost the same ease she cradles her guitar.

Her new hit CD might just as well be called “Let’s Put the NATURAL Back in the Country,” rather than “the Western,” as she sings. True cowgirl from hat to boot, she’s lived on a Century Farm all of her life. Herding cows and rodeoing are all a part of what makes her tick. Her music is how she conveys her love of this way of life.

The dye was cast for Joni’s future career at age four when she started singing at rodeos, church gatherings and family social events, all the while doing ranch chores around the farm. Her theme was always “Country.” Combining her music with her love of horses and the West, she used rodeo and rodeo queen contests to further her career, knowing the exposure in the arena would give credibility to her life’s ambition and establish a fan base. The songs she writes and sings reflect this homespun set of values … values of the Old West cowboy and cowgirl.

Whether entertaining a group of fellow horseback riders around the campfire, or ringing the rafters at the Grand Ole Opry, where she’s appeared at least 15 times, or at Carnegie Hall, where she wowed the Eastern establishment with her lyrics and folksy charisma, Joni remains true to herself and the way she grew up.

“I probably could be further ahead in my career if I lived in Nashville, but I can’t give up what I’ve got here,” says Joni, referring to her great-great-grandfather’s farm, homesteaded in 1870 just outside of Canby, Oregon. Joni says she can’t imagine living anyplace else. “The music business is so up and down, it could be gone tomorrow.  This farm gives my family and me stability. It’s a great place to live and to grow up. My roots are here.”

Her two kids and husband, and her mom and dad are the first priorities in her life. Everyday happenings become the stories she tells. For instance, “Catalog Dreams,” which she wrote and sings, is a tribute to her parents, a thank you for their support. Although her parents’ dreams have changed over the years, Joni has done everything she can to share her success with them.

Joni’s been a “modern-day” woman since childhood. Always a leader and unique, she’s been living a balancing act for years. Rodeo cowgirl, farm hand, performer, wife, mother, daughter, businesswoman; most certainly a 21st-century woman. The spotlight was on her constantly as she grew up in Oregon and won the titles of Miss Rodeo Northwest, Miss Rodeo Canby, Molalla Buckaroo Queen and runner-up to Miss Rodeo America in Las Vegas.

A veteran rodeo competitor, she loved barrel racing; on her horse Midnight, she was always in the hunt for the championship buckle. An old hand at herding cattle, she often was called on to help herd the stock after roping events at the various rodeos.

“The queen titles were good for me,” she remembers, “they built my self-confidence and taught me how to handle a crowd.” Actual competition in the rodeos took second place as her singing career started to take hold and she realized what an asset the rodeo queen titles were.

“Being in a rodeo queen pageant is just like any beauty queen contest, except you have to be able to ride a horse,” Joni explains. “You are judged on personal appearance, talent, horsemanship and congeniality.  Winning the various titles took me to appearances all over the Northwest. I can’t tell you how many times I’ve opened a rodeo singing the National Anthem.”

Her horse Midnight is featured in several of her songs. After Midnight’s demise, Olivia’s Diamond, a registered Paint horse nicknamed Pearl, took center stage, becoming the family pet and Joni’s show horse when she entertains. Pearl came along about the same time as Joni’s first child, Olivia, now age nine, and is as much a part of the family as the two dogs. Joni’s career is very much a family affair. Her kids, Olivia and six-year-old Luke, often accompany her to performances and are becoming entertainers in their own right. Her husband Jeff remains behind the scenes but is the solid support who keeps them all on track.

Currently on the road 150 to 160 days a year, this cowgirl trades a horse for a plane at the drop of her broad-brimmed hat.  The Grand Ole Opry is “old hat,” but Joni confesses, “I get the jitters walking out on that stage, every time. It’s not fear, it’s excitement.” She counts Dolly Parton, Emmylou Harris and Merle Haggard as her “higher education” professors.

A road trip through the U.K. and singing at the Miss Rodeo American Contest and the National Finals Rodeo left her 2004 schedule crammed. Her fireplace mantel is filled with awards she has won: Western Music Association’s Female Performer of the Year and Song of the Year in 2003 and Academy of Western Artists’ Western Music Album in 2004. Still, she remains true to herself and touts a pure country image. She sings what she believes. Let’s Put the Western Back in the Country is not only the title of her latest album, it is her mantra.

Ann Terry Hill, a member of Western Writers of America, is a freelancer who frequently writes about rodeo and the Old West. Originally from Pendleton, Oregon, she writes what she lives and knows. 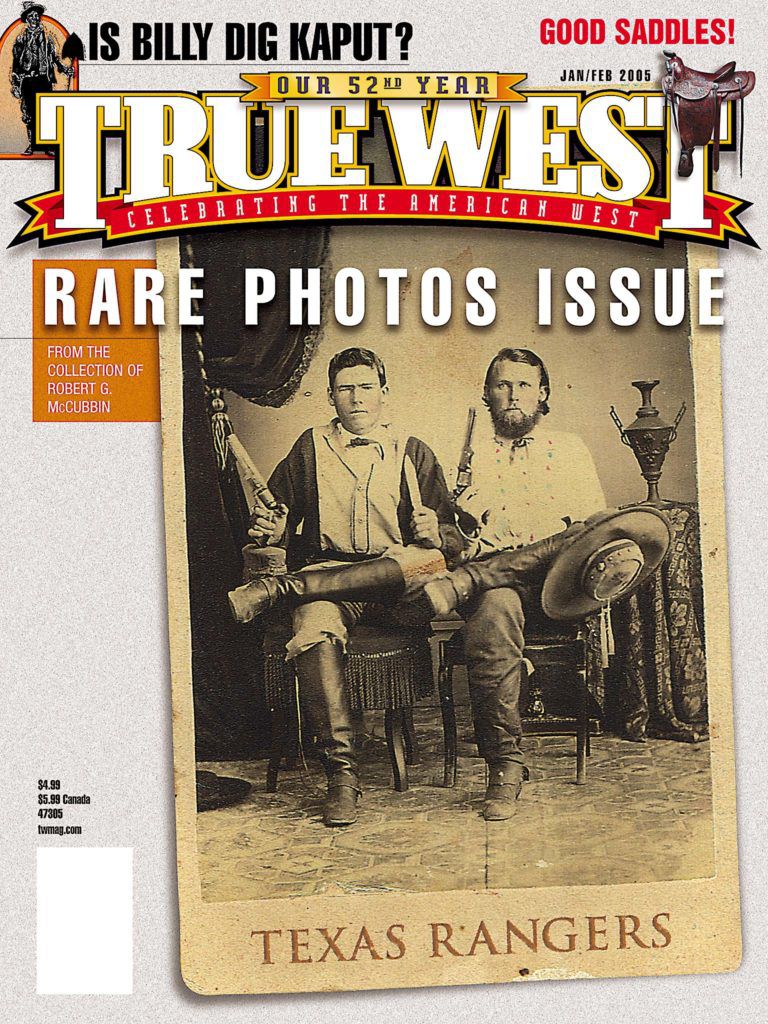