The Origins of the Babylon of the West 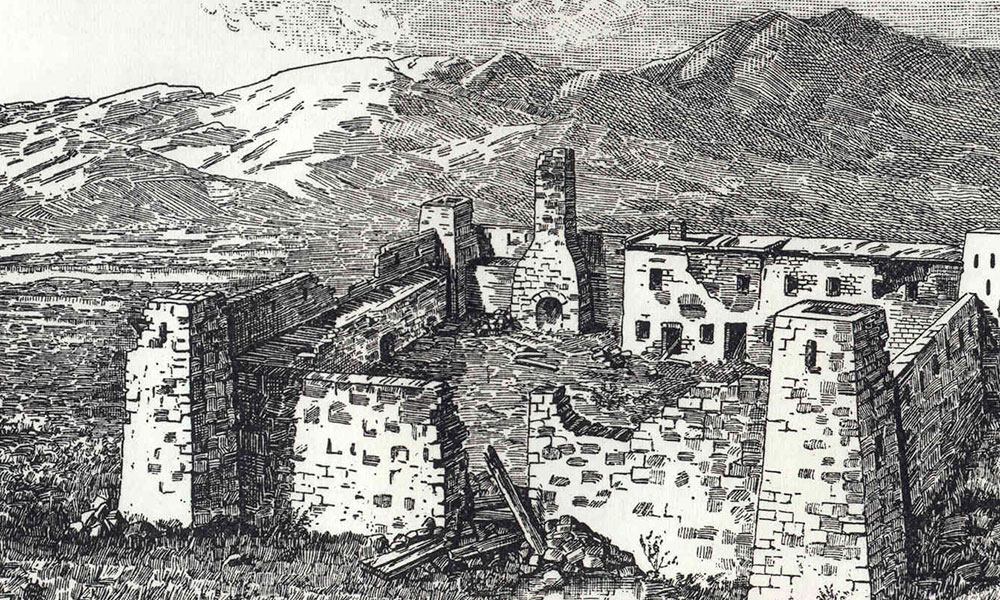 In 1829, New Mexico Antonio Armijo, a merchant-explorer, leading a trading expedition, blazed the “Old Spanish Trail” through what would become Las Vegas, Nevada. With sixty mounted men and a caravan with their caretas loaded with trade good’s he was on his way to California to barter for mules. They left Abiquiu, New Mexico on November 7th, 1829 and reached the Mission San Gabriel on January 31st, 1830. The caravan returned from their historic journada on the Old Spanish Trail on April 25th, 1830.

In 1844 John C. Fremont and his explorers, including so-called “Great Pathfinder’s” pathfinder, Kit Carson, camped there on his Second Overland Expedition.

A little more than a decade later Mormon settlers arrived and built a fort.  They farmed and mined but eventually gave up on the project and most returned to Salt Lake City.

On February 24th, 1863, the Territory of Arizona was created out of the western half of New Mexico. The First Territorial Legislature met in Prescott in 1864 and one of their first tasks was to divide Arizona into four counties.  These would be named after Indian tribes that inhabited the area: Pima, Yavapai, Yuma, and Mohave. Tucson, Prescott, La Paz, and Mohave City, respectively, the latter two were located on the east bank of the Colorado River, would serve as county seats. Mohave City is today, Lake Havasu City and La Paz, the site of Arizona’s second big gold strike in 1862 became a ghost town in 1868 after the unpredictable Colorado River changed its course and left the town high and dry.

In 1865 Octavius Gass acquired the Las Vegas Ranch and expanded his holdings and the ranch became a way station for travelers on the Old Spanish Trail.

One of the little-known stories from the years immediately following the creation of the Arizona Territory was the so-called “Lost” Pah Ute County.

In February 1865, the second territorial legislature created Pah Ute County from the northern part of Mohave County. The Mormon river port community of Callville, then St. Thomas, served as county seats. Both are now buried beneath the waters of Lake Mead.

The 500-mile journey to the territorial capital at Tucson meant that delegate who bore an appropriate name for a politician, Octavius Gass, going by boat down the wild and unpredictable Colorado River to Yuma, then crossing the desert through hostile Indian country to Tucson.

The idea for creating the new county came from Acting Governor, Richard McCormick. The reason being that some two thousand Mormon farmers had settled in the area at the junction of the Virgin and Colorado Rivers.

Arizona, Nevada and Utah all staked a claim. For a time the weary citizens of Pah Ute County were being taxed by all three.

Nevada had a yen to add more land and when they achieved statehood in 1864, the Nevada legislature took advantage of its newfound political clout to annex two degrees of longitude from western Utah. Nevada also wanted land that extended down to the Colorado River and asked for a piece of Arizona too.

On May 5th, 1866 Congress, succumbing to pressure from the Silver State, took Pah Ute County away from Arizona and awarded it to Nevada. The portion remaining south and east of the Colorado River was returned to Mohave County.

The Arizonans protested the action and Pah Ute County continued to send representatives to the territorial legislature until 1868.

Arch and Helen Stewart acquired the Las Vegas Ranch in 1881.  After he was killed in a gunfight she sold out in 1902 when a railroad was built through the Las Vegas Valley.  She is today honored as the, “First Lady of Las Vegas.”

Within a decade, the town became the county seat of the newly created Clark County and boasted a population of some 3,000 residents.  It turned into a boomtown in the 1930s during construction of Boulder (Hoover) Dam. Since most construction workers lived in government-owned Boulder City where there was no alcohol, gambling or ladies of the evening, they flocked into Las Vegas for their recreational needs. Legal gambling, booze and brothels were there for the workers to unwind and spend their hard-earned cash.

There is a colorful sidebar to the Lost Pah Ute County story. More than a century later, a little-known fact became known as the result of a murder in Las Vegas. In 1976, the attorney for a man on trial for murder in Las Vegas claimed Nevada had no jurisdiction in the case, as Clark County was still legally, a part of Arizona.

The attorney noted that in 1861 the Nevada constitution defined its boundaries, stating it could expand from either the west, California or east, Utah but nothing was mentioned about a land grab to the south.

Nevada quickly began efforts to change its constitution.  In 1982, the old Lost Pah-Ute was officially “drafted” by Nevada.