Train Robberies In The Southwest 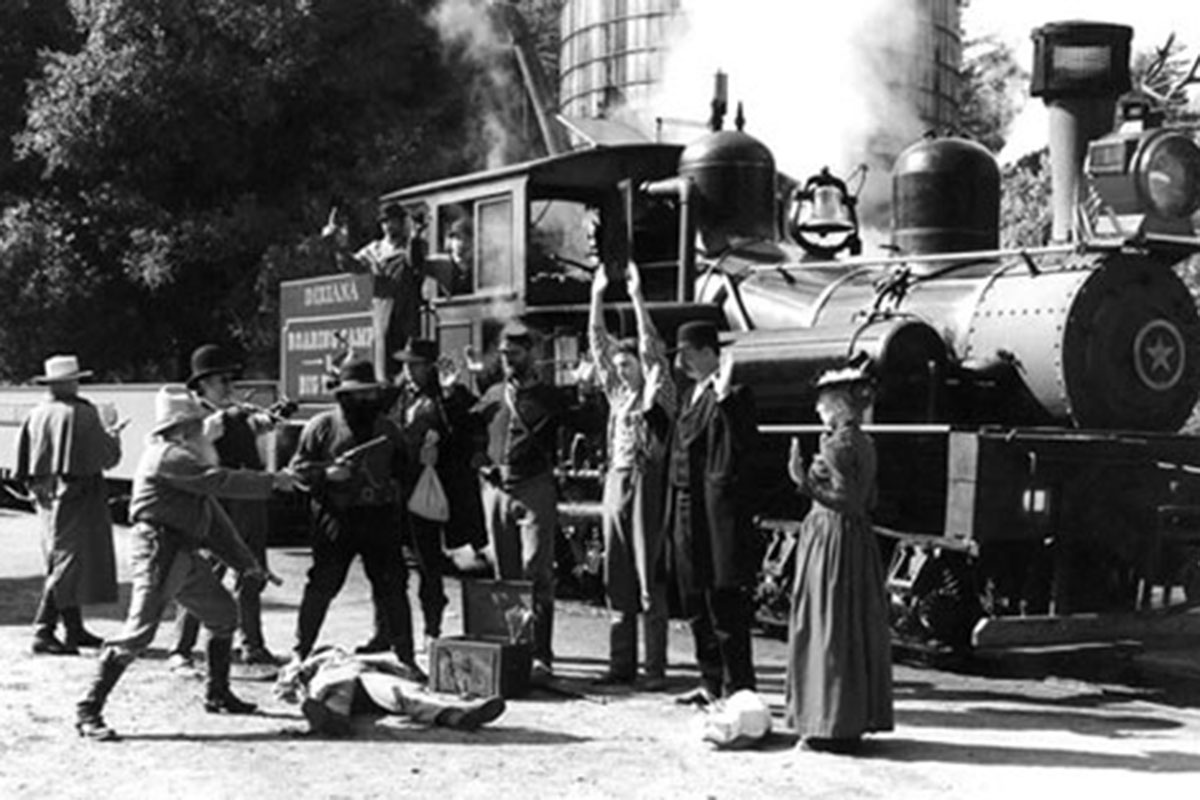 As the railroads expanded throughout the West in the 1880s it opened new opportunities for the outlaws. The 1890s saw an epidemic of train robberies in the West with 261 in that decade alone with 88 people killed and 86 wounded.

In the Southwest, the first half-dozen train robberies on the Southern Pacific four took place in Arizona or New Mexico. According experts there should not be less than five men to pull a successful train robbery. One to hold the horses and one on each side of the train to fire at any would-be-hero passenger who might want to interfere. Two outlaws would go into the express car.

Following a string of train robberies the New Mexico Territorial Legislature passed a law in 1889 making train robbery a capital offense. Highwaymen got around that by waiting for the trains to pass over into the Arizona Territory before making their heist. The rash of train robberies thrust upon them by their neighbors to the east brought a quick reaction from the politicos in Arizona and two years later they too made train robbery a hanging offense.

After the death penalty for train robbery became law in Arizona in 1891 juries were reluctant to find an outlaw guilty of train robbery if no one was killed. The smart bandits would fire their weapons only in self-defense.

Only one man, Black Jack Ketchum was actually hanged train robbery.  He met his maker on April 25, 1901 on the scaffold at Clayton, New Mexico. Unfortunately the hangman messed up his calculations and Black Jack was decapitated.

When the railroads arrived they used the same modus operandi as they had robbing stagecoaches. In the hills and mountains they picked a spot where the train was climbing up a grade. They’d jump aboard stop the train and separate the engine and express car from the rest of the train. Force the engineer to go further down the line a couple of miles where they’d stowed the dynamite in case they needed to blow open the safe. In the flatlands on the Plains they would catch the train when it was stopped to take on water.