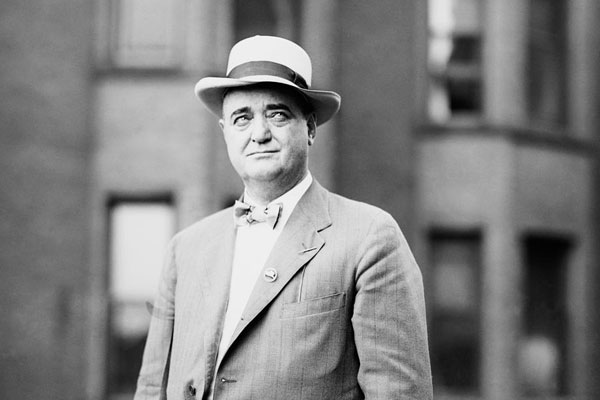 Bat Masterson was the real deal. He came west in the 1870s and was at the Battle of Adobe Walls where the buffalo hunters held off the Comanche. He was an Army scout against the Kiowa; in 1877 he joined his brother Jim and Ed in Dodge City and was elected Sheriff of Ford County where he had a commendable record.

Bat wound up in New York City where he became a sports writer, editor, columnist for the New York Morning Telegraph. He regaled his readers with stories of the Wild West and his gunfighter friends. At the time he was more famous than Wyatt Earp. However, in later years, when someone asked him about legends in the West, Bat preferred to talk about Wyatt, whom he greatly admired.

When President Teddy Roosevelt suggested that Bat should write his biography he is supposed to have replied, “Mr. President, the real story of the Old West can never be told unless Wyatt Earp will tell what he knows, and Wyatt will not talk.”

Roosevelt’s press aide, the legend maker himself, Stuart Lake, heard this and was thus inspired to seek out Wyatt and write the highly fictionalized 1931 biography of Wyatt that turned him into a legend.

What many don’t know is Bat Masterson was also the model for Obadiah “The Sky” Masterson in Damon Runyon’s short story “The Idyll of Miss Sarah Brown,” and the popular Broadway musical “Guys and Dolls.”