Battle Of The Wabash Or St. Clair’s Defeat Most don’t know that the Army’s worst defeat experienced at the hands of the Indians occurred eighty-five years prior to Custer’s Last Stand... 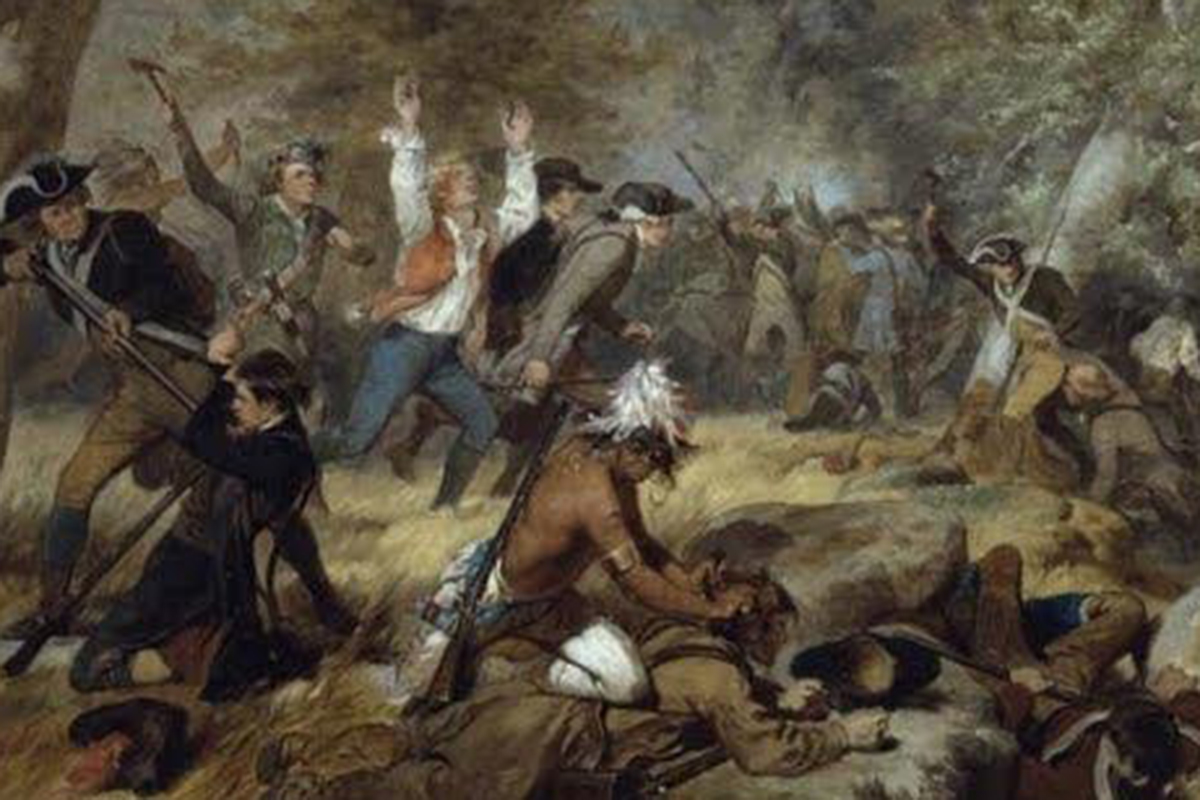 When most Americans think of the Indian Wars, names like Crazy Horse, Red Cloud, Sitting Bull, Quanah Parker, Cochise and Geronimo immediately come to mind. Most don’t know that the Army’s worst defeat experienced at the hands of the Indians occurred eighty-five years prior to Custer’s Last Stand. It was a trouncing that greatly dwarfed the Little Big Horn in terms of casualties and brutality.

It was called the Battle of the Wabash but also known as St. Clair’s Defeat after Major General Arthur St. Clair, the man who made it happen. It occurred on November 4th, 1791. The location was in the Old Northwest Territory, which included today’s Ohio, Indiana, Illinois, Michigan, Wisconsin and parts of Minnesota. Indian tribes with the support of British troops from Canada who were still occupying military posts, in direct violation of the peace treaty that ended the Revolutionary War nearly ten years earlier.

Earlier, Brigadier General Josiah Harmar led an expedition against the Miami Chief Little Turtle and Shawnee Chief Blue Jacket and was soundly whipped. An even worse fate was in store for St. Clair’s army that numbered 1,400 including 800 six-month volunteers, called levies, cavalry, and some militia from Kentucky.  St. Clair ordered the troops to build a series of posts along the way, slowing progress when winter weather was fast approaching.  By November the expedition had traveled only 90 miles. Morale was low and desertions were high. Cold temperatures weakened and demoralized the expedition. They finally reached the Wabash River and St. Clair decided to dispatch an entire regiment to locate their lost supply train. It had become a recipe for disaster.

At dawn on the morning of November 4th Little Turtle and Blue Jacket attacked. St. Clair’s ill-prepared force was no match for the Miami, Shawnee and Delaware warriors. The Militiamen immediately broke ranks and fled the battlefield. The canon were ineffective as the artillery men aimed high, firing over the heads of the charging Miami. The battle raged on for four hours. Women traveling with the army fought hand to hand alongside the men.

St. Clair retreated, leaving his wounded and vital supplies behind. Those left behind, including women and children, were scalped, tortured and killed, Of the 1,400 regulars and militia, 918 were killed and 276 wounded. The battle lasted 3 hours and when it was over the warriors of the Indian Confederacy had killed or wounded more than three-fourths of the entire American Army. Their losses were about three dozen. An investigation later cleared him of all charges.

In 1794, Major General Anthony “Mad Anthony” Wayne was chosen to lead a revamped American Army. The new Army Commander wasn’t “mad” he just fought like a mad man. On August 20th, he was able to do what St. Clair couldn’t, dealing a crushing defeat on the British and their Indian allies at the Battle of Fallen Timbers. Wayne brought a new era of professionalism to the American Army.