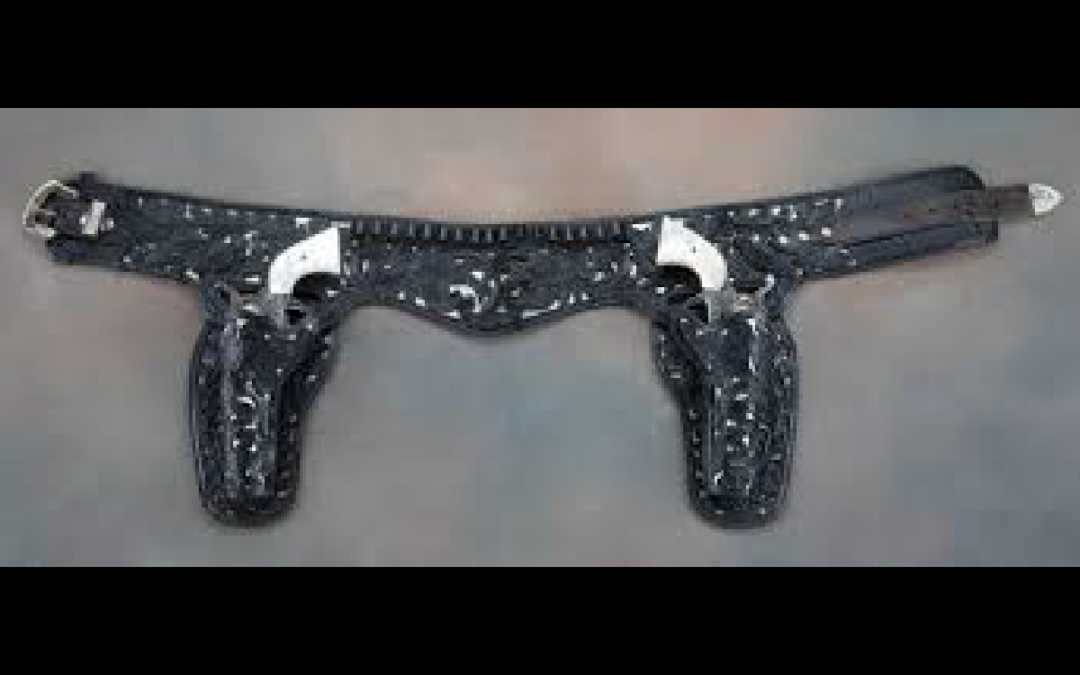 There is some photographic evidence of buscadero rigs and the Mexican Loop worn low, but it wasn’t common. Most experts say the buscadero was a 20th century creation out in Hollywood. It looked cool and the fast draw guys could have shootouts.

The truth is the pistol waist high or slightly below enables a shootist to get the gun in action faster than a low-slung buscadero. And it was much more comfortable to wear. Also, those Hollywood-style shootouts were very rare in the real West.

Traditionally the most common holster in the Old West was the Mexican Loop where the holster flap goes over the top of the belt and is loose.

A full-blooded Chickasaw Indian named Rodd Redwing was the first to introduce the “fast draw.” He’d been an exhibition shooter and came to Hollywood in 1930 where he developed a fast draw style and taught actors the art. For example he taught Alan Ladd how to fast draw in “Shane.”

Another was Arvo Ojala. He came to Hollywood in 1950, opened a leather shop where he developed the Buscadero, the first true fast draw holster where the holster hangs from a slot in the gunbelt.

He played a major role teaching Hollywood stars the art of gun skills. Ojala was also the man who faced 6’7″ Matt Dillon every Saturday night for several years on opening scene of “Gunsmoke.”