Empire Ranch In time the Empire became one of the largest cattle operations in the entire Southwest. At the height of operations, the ranch was running 50,000... 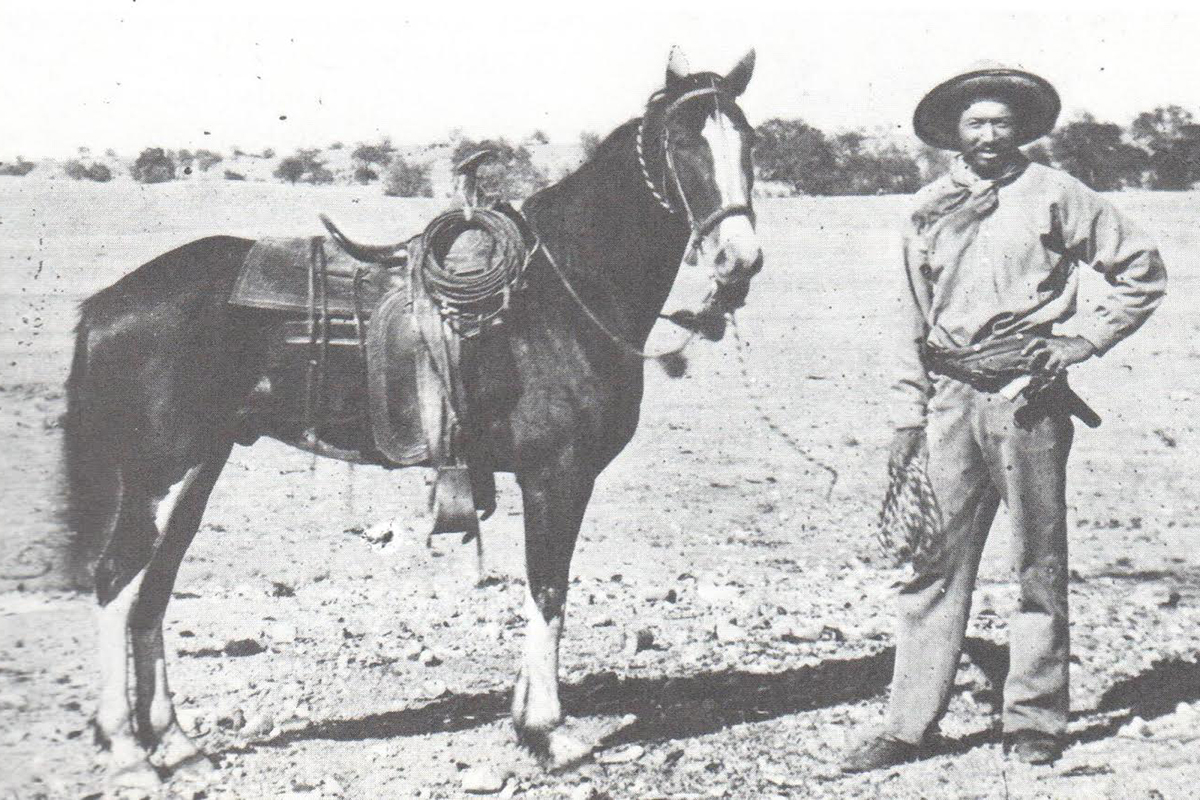 Cattle were first introduced to the land that would become the Empire Ranch back in 1699 when the legendary Jesuit padre Father Eusebio Kino brought 150 head to distribute among the natives at the Rancheria Sonoita, located at the headwaters of Cienega Creek.  Soon after the Americans arrived in the 1850s, miners and prospectors scoured the area in search of gold and silver. However, Apache raids kept the area virtually unpopulated until after the Civil War.

The Empire Ranch in the Santa Rita Mountains was established by Ed Fish in 1870 and consisted of only 160 acres.  Six years later he sold out to twenty-four-year-old Walter Vail and a young Englishman, H. R. Hislop. When another Englishman, John Harvey became a partner the outfit was usually referred to as the “English Boys.”  They began operating on a quarter-section, a four-room adobe house, a large adobe-walled corral, and 612 head of cattle. The Santa Rita Mountains provided a permanent water supply with natural tanks to hold reservoirs of rain water and there were many natural springs.

By 1905 the Empire Ranch had spread over eastern Pima and Santa Cruz counties for some 1,000 square miles from the Mexican border to the Rincon Mountains.  In time the Empire became one of the largest cattle operations in the entire Southwest. At the height of operations, the ranch was running 50,000.

Walter Vail was a man of boundless energy, vision and keep business acumen.  He left his mark on Arizona politics and history. He served in the 10th Territorial Legislature, on the Pima County Board of Supervisors, and was first president of a statewide livestock association.  Eventually the “empire” spread beyond Arizona’s borders with ranches in Los Angeles, the islands of Santa Catalina and Santa Rosa, Texas, Colorado, and Kansas.

Between 1880 and 1885, Vail and his partners were in the mining business, operating the Total Wreck silver mine on the northern part of the ranch.  The community of Total Wreck sprung up and supported some 300 residents. At one time the legendary Nellie Cashman had a restaurant in Total Wreck.

Vail was a man of principle.  Frustrated by what he considered unfair shipping rates charged by the railroad Vail drove his cattle overland to California.  When other southern Arizona ranchers threatened to do the same, the railroad lowered their rates.

One day out on the range Vail picked up a gila monster.  The reptile immediately attached itself to the ranchers finger and had to be pried off with a stick.  He was rushed to a doctor in Tucson. He suffered considerably from the wound and nearly lost his arm.  Up to then it was said the gila monster was non-poisonous and those who suffered did so from the whiskey that was given as treatment.  Vail, a non-drinker, disproved the theory. Vail died ten years after the incident and it was claimed he died of the residual effects of the poison, that is until it was pointed out Vail died after being run over by a street car in Los Angeles.

After Vail’s death in 1906, his family continued to operate the ranch until 1928 when they sold out to the Chiricahua Cattle Company.  In 1949 a portion was sold to Jack Greenway who created the Cienega Ranch. Frank Boice and his sons owned and operated the Empire until 1960 when it was sold to Gulf American Corporation for a proposed real estate development. A satellite community of 180,000 residents was planned, creating an unusual alliance of ranchers and environmentalists, who were concerned about ground water and environmental impact.  They successfully stopped the plan in one of Pima County’s biggest development battles. Eventually, through a series of land exchanges in 1988, much of the old Empire came into public ownership under the administration of the Bureau of Land Management. Once threatened by massive development, today the BLM manages the land as a resource conservation area and leases to local ranchers for cattle grazing. There are still some 28 ranches, including lands from the original homesteads and Empire holdings continue to operate on much of the old Empire Ranch.