The Babocomari Ranch Situated along the creek for some twenty miles and bearing the same name, the Babocomari was one of the most ideally situated of all the Mexican land grants... 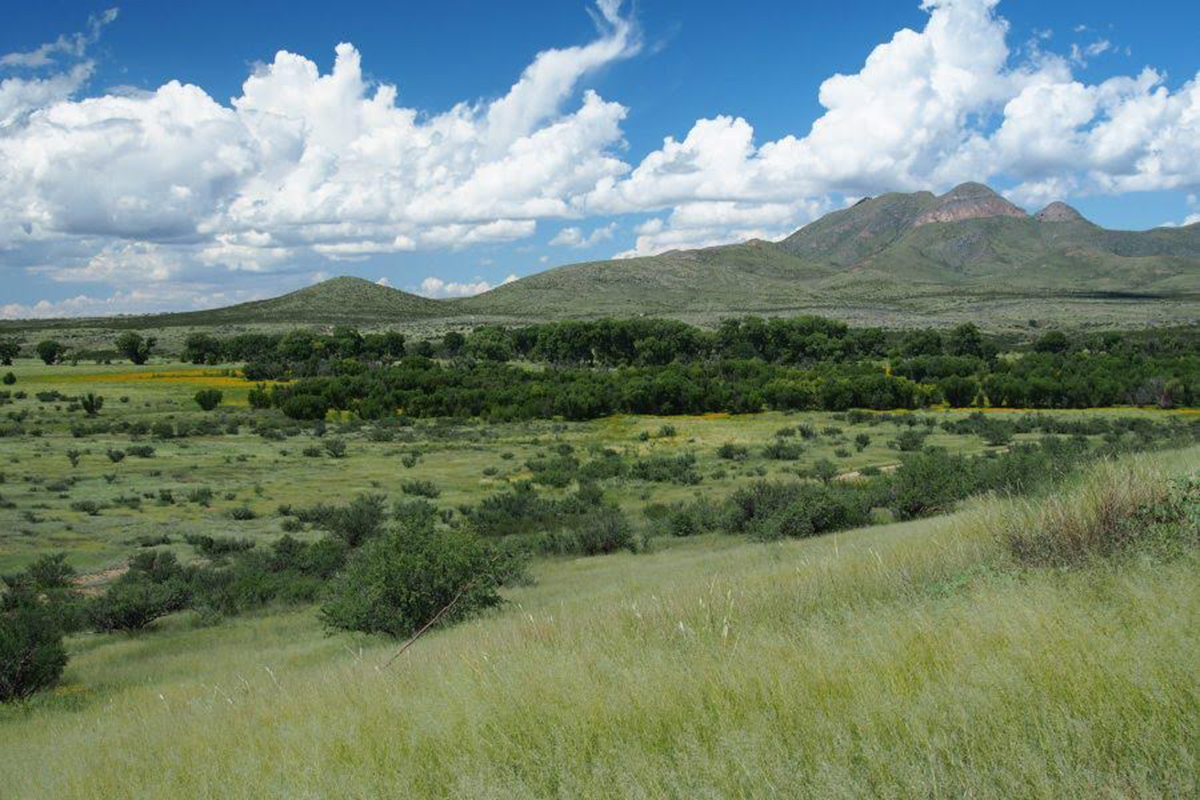 Situated along the creek for some twenty miles and bearing the same name, the Babocomari was one of the most ideally situated of all the Mexican land grants.  Babocomari is believed to be a word in the Piman language meaning “stone dish for making tortillas.”

The elevation is around 4,000 elevation and the annual rainfall is heavier than most parts of southern Arizona.  Today the boundary line between Santa Cruz and Cochise counties runs right through the middle of the ranch. The modern headquarters of the ranch is at the old Pima Indian village of Huachuca, first visited by the storied Jesuit priest, Father Eusibio Kino in 1697. Kino traveled to the Babocomari by way of the San Rafael Valley and west of the Huachuca Mountains.  He noted the fertile valley where the natives raised plentiful crops. The village of Huachuca was the last village occupied by the Pima proper. Further east were the Sobaipuri Pima and beyond them, the land of the Apache. Apache warriors eventually drove all the surviving Pima west to the Santa Cruz River. The Sobaipuri are extinct today.

In 1827 Don Ignacio Elias Gonzalez and his wife, Dona Eulalia Elias Gonzalez requested a grant of eight sitos (a sito was one square league or 4,338,464 acres)  known as San Ignacio del Babocomari for raising cattle and horses.  The land was appraised at $60 dollars for each of the six sitos that had running water and $10 dollars each for the two dry ones.  The couple spent $380 for more than 54 square miles of some of the best grazing land in Arizona. The title was issued on Christmas Day, 1832.  The ranch extended from the Santa Rita Mountains on the west to the San Pedro River on the east. It was estimated that at one time there were more than 40,000 cows grazing on the Babocomari.  The ranch was under constant attack from Apache raiders who killed their herdsmen, including the two Elias brothers, and drove off the herds. Dona Eulalia took charge and was boss lady of the outfit for many years. The ranch flourished for nearly twenty years before Apache raiders drove them out in the late 1840s.

In 1866 the old adobe-walled fort of San Ignacio del Babocomari, some 15 miles west of what would later become the town of Tombstone, was occupied by U. S. Cavalry troops and named New Post for a short time before it was changed to Camp Wallen.  The troopers erected tents and used the old buildings to corral their horses. The old watch towers were still intact and used by sentinels to keep an eye out for trouble. From here the Army launched campaigns against Cochise and his Chiricahua Apache.  The post was abandoned in 1869, probably because it was on private land, and eight years later American soldiers returned and established Fort Huachuca a few miles further east.

By 1877 Dr. Ed Perrin had purchased the rights to the Babocomari.  He was destined to become one of the largest landowners in Arizona.  Among his holdings was over 200,000 acres of checkerboard sections along the Atlantic and Pacific (Santa Fe) Railroad in northern Arizona and the Baca Float #5 land grant north of Prescott.

In 1881 Perrin sold the ranch to his brother Bob for $16,000.  The Perrin family owned the outfit until they sold it to the Brophy family in 1936.  Over the years the spelling changed to Babacomari.

Some fifty years of overgrazing, along with drought had caused the range lands to deteriorate.  When heavy monsoon rains did come they washed away the precious topsoil down the creek to the San Pedro River.  Thirty years of conservation efforts such as check dams constructed in arroyos, furrows on hill sides to slow or divert water, along with reseeding and wells eventually paid off and Frank Cullen Brophy proudly proclaimed the conservation war had been won.