The Muleshoe Ranch The early history of the Old Muleshoe ranch reads like something out of a Louis L’Amour shoot ‘em up... 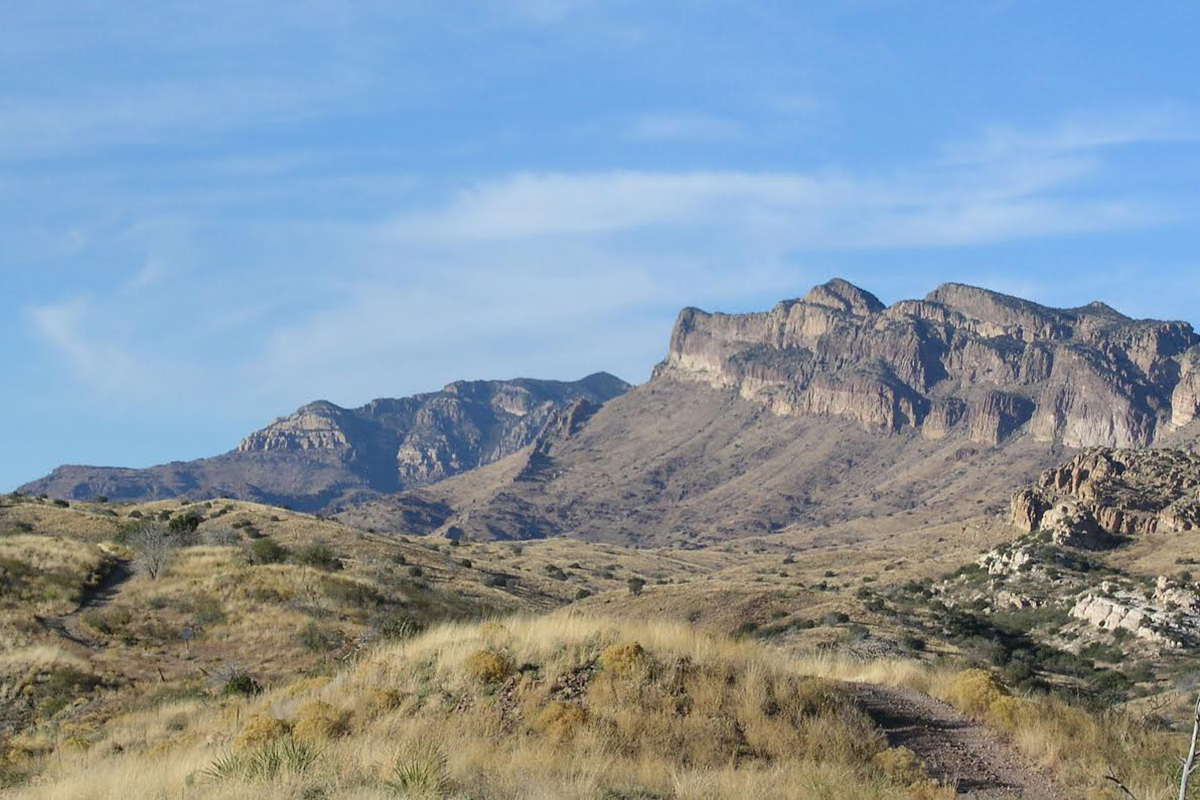 The early history of the Old Muleshoe ranch reads like something out of a Louis L’Amour shoot ‘em up.  It was also the stuff that inspires a visiting writer to write a Broadway play that eventually became a hit movie.

Dr. Glendy King was the first to settle at what became the Muleshoe in 1875.    Suffering from tuberculosis, he’d moved from New York to Tres Alamos, just north of Benson, in hopes the dry climate would cure his tuberculosis.  He was a bitter man.  Earlier he’d watched helplessly as his son died of the lung disease, and soon after that, his wife.  At Tres Alamos King heard the old timers talk about a hospital set up by the Army back in 1862 at some hot springs in the Galiuro Mountains to the north.  According to them, the 115-degree water cured the aches and pains of rheumatism and arthritis.

After the Army abandoned the area it remained unclaimed.

King rode out to explore and found his Shangri-La in the desert country.  He filed a 160-acre homestead claim and pitched a tent.  In time his health was restored and he made plans to use the springs commercially.  In the meantime, he became a rancher.

In 1876 Apache marauders killed some twenty settlers in the Sulphur Springs and San Pedro river valleys causing King to abandon his springs and seek refuge at Tres Alamos.  After the Apache were removed to a reservation, ranchers and prospectors came in looking for places to graze cattle and stake claims.  Following on their bootheels were packs of outlaws and cattle rustlers, who sought a safe refuge in the rugged Galiuro Mountains.  One of King’s cowboys was found hanged along the trail, fences were cut, and cattle stolen.

Following the arrival of the Southern Pacific Railroad in 1880, wealthy guests, lured by newspaper articles about the therapeutic springs, began to arrive.  They got off the train at Willcox, and then rode a stagecoach to the hot springs.  By 1882 the first permanent buildings were established.

Still, outlaw gangs forced King to retreat again, this time to Benson.  Tired of the lawlessness, King tried to sell but had no takers.  Ironically his worst trouble was with neighbors.  A family named Jones had squatted on what King considered his land, and by 1884, the dissention had become a full-fledged feud.

The feud reached its climax on August 28th, 1884, when the Jones outfit and Ed Drew were driving some horses through Bass Canyon.  King ordered his men to block the trail.  A fight ensued and King drew his knife and stabbed one of the squatters, then drew his pistol and aimed it at Melvin Jones, who pulled out his Winchester and fatally wounded King.  A coroner’s jury from Tombstone ruled it self-defense.  Afterwards, King’s family put the ranch up for sale.

The next owner of the Muleshoe was the storied cattle baron, Henry Clay Hooker.  He bought it in 1884 for $1,050.  With the ranch, Hooker acquired the therapeutic hot springs, where Apache warriors used to pause from their raiding to soothe their aching muscles in the therapeutic waters and bathe in the warm mud.

Hooker went to work developing the ranch, building a cook shack, bath house, and enlarging the main house.  He invited guests rest their weary bodies in the hot springs, which he re-named Hooker’s Hot Springs.  He claimed the water would cure everything, from rheumatism to acne.  By 1889 there were so many guests at the hot springs the place even had its own post office.

Augustus Thomas, a famous playwright, was one of the guests.  In 1899, he wrote a Broadway hit, “Arizona” based on the Hooker outfit.  It was later made into a move, “‘Neath Arizona Skies,” starring John Wayne.

Forrestine Hooker, Henry’s daughter-in-law wrote the novel, “The Long Dim Trail,” based on her life at Hooker’s Hot Springs.

The ranch acquired its brand, the Muleshoe Quarter Circle, in 1891 following the acquisition of a neighboring ranch after its previous owner was being harassed by friends of a man he killed in a gunfight.

The Hooker family sold the Muleshoe in 1906 to a Philadelphian, Demming Isaacson, who soon fell on hard times.  He sold it to a wealthy divorcee from Cleveland, Jessica Wakem McMurray.  She used it to entertain friends and turned it into a popular guest ranch.

The Muleshoe went through several more owners before the non-profit Nature Conservancy bought the ranch in 1982.  Today, its home to a large variety of wildlife species, some endangered, who thrive on the isolated ranch that still requires a 30-mile ride on a dirt road to get there.