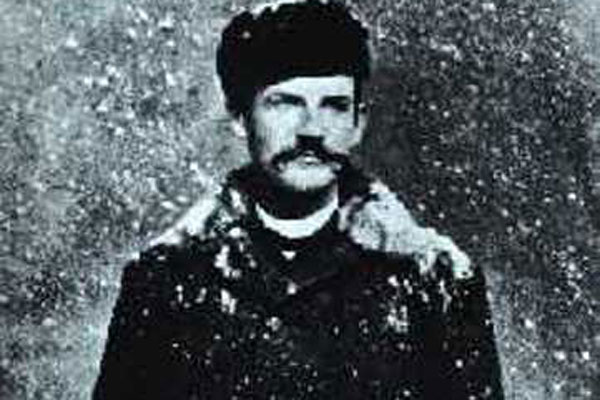 There are many stories of good-bad men in the Old West and one of the more interesting is Frank Canton. He was born, Joe Horner. Horner drifted in to Texas as a young man working as a cowboy and in 1871 took up robbing banks and cattle rustling.

On October 7th, 1874 he killed a Buffalo Soldier and wounded another in a gunfight. Three years later he was arrested and jailed for bank robbery in Comanche, Texas. He escaped and fled to Nebraska where he vowed to change his ways.

He was elected sheriff of Johnson County Wyoming and gained fame as the top gun for the Wyoming Cattle Growers Association when they invaded Johnson County in 1892. He was with the Invaders who murdered Nick Ray and Nate Champion at the KC Ranch. Following the deaths of his former friend Champion and the lynching of Cattle Kate he quit the association and left Wyoming.

He went to Oklahoma and became a respected U.S. deputy marshal under Judge Isaac Parker at Fort Smith, Arkansas working with famous lawmen, Heck Thomas, Chris Madsen and Bill Tilghman. In 1898 he joined the gold rush to Alaska where he served as U.S. deputy marshal. He returned to Oklahoma in 1907 where he became adjutant general of the new state’s National Guard.

He contacted the Texas governor and turned himself in as the outlaw Joe Horner. Taking his law enforcement career into account he was granted a pardon. He kept the name Frank Canton until his death in 1927.