George Turnbull Cline In a family that produced some of the best cowboys that ever sat a saddle, one man achieved legendary status... 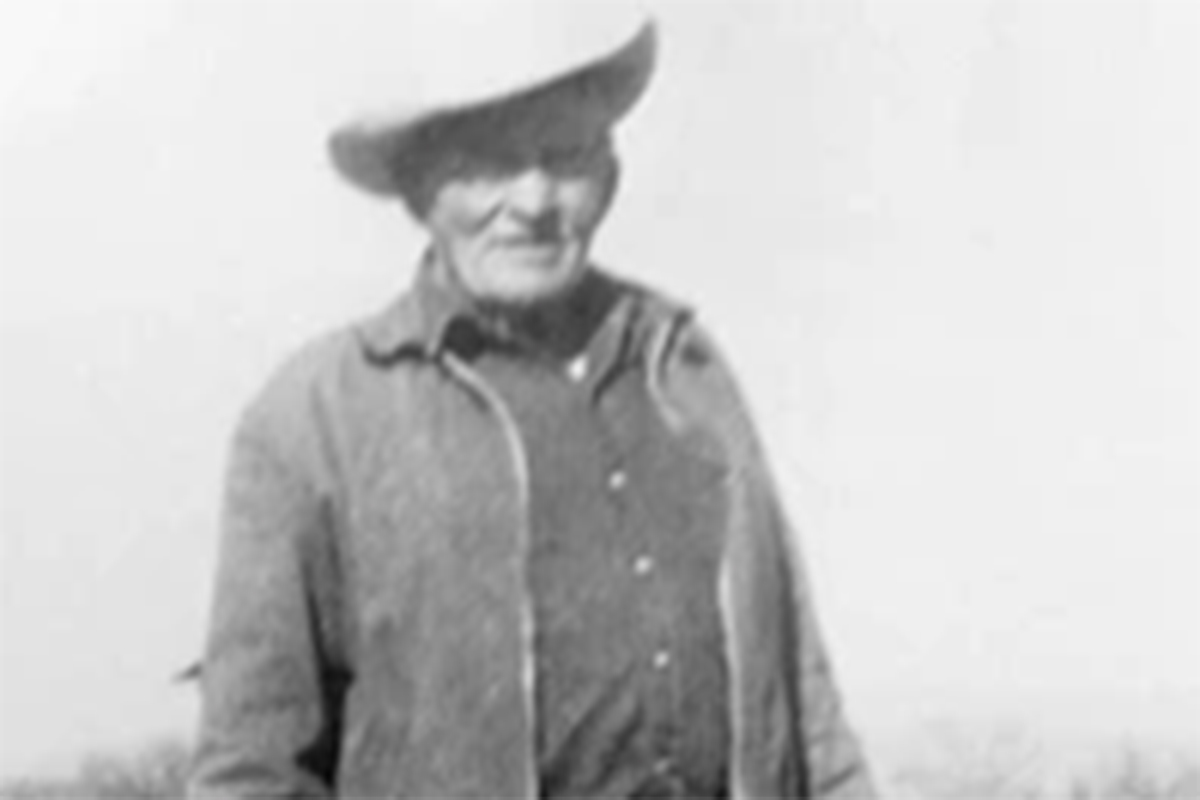 They used to say if you could hold a job cowboying in the Tonto Basin you could cowboy anywhere in the West.

In 1874, the Christian Christopher Cline family drove four hundred head of Mexican cattle into the lower Tonto Basin of Arizona. Predators and Apaches put them out of the cow business in less than a year. They returned to Campo, California and started buying cattle until they had about sixteen hundred head then trailed them back through El Centro, California to the Colorado River crossing at what is now Yuma, Arizona. They paid thirty cents per head to have the cattle ferried across the Colorado River.

The herd was driven up the Gila River for days, finally bearing north to High Banks (now Buckeye) then through Phoenix. They hit the old Reno road and trailed the herd on into the lower Tonto Basin. After traveling thousands of miles and covering parts of two countries, the Christian Cline family finally put down roots. Tall black grama grass, high as a horse’s belly, and Tonto Creek created a perfect pastureland. Bordered by the Sierra Anchas and the Mazatzals, this grassy valley would be “Home” to the Cline family for seven generations (to date). Everyone in that part of the state, including these two writers seems to have a family connection to the Cline Family.

In a family that produced some of the best cowboys that ever sat a saddle, one man achieved legendary status. On April 30th, 1886 George Turnbull Cline was born at the Bouquet Ranch on Tonto Creek. George was the oldest son of John Leroy Cline and Martha Crabtree Cline and a grandson to Christian Cline. His partner in life was Roxie Solomon, whom he called “Blossom.”  They had a son, Benjamin Baker “Doc” and a daughter, June.

During George’s lifetime, he owned several ranches in the Tonto Basin including the TV, the J slash X, and the Bouquet. George also owned many famous Arizona cattle brands including the T Turkey Track, the Tin Cup, the Butcher Hook, and the Bar Eleven. He grew up roping wild cattle in the rough, rugged Four Peaks country and was a hell-roarin’ brush popin’ ranahan of the first order. For a man who could rope a wild one bustin’ off the side of the Sierra Anchas, the sport of rodeo was child’s play.

George Cline took his range-learned skills to Payson and whetted his ropin’ talent on Main Street when the only fences were cars lining both sides of the street. For many years George was a consistent winner of the roping events. He did equally well at Prescott and Phoenix where he and John Armer won a gold metal attesting: World’s Championship Bull Tying – Arizona State Fair 1919.

In 1923 George beat all comers winning the calf roping in Yankee Stadium. In 1925 he became the first man to rope and animal in Madison Square Garden. He went to the pay window at any rodeo he entered including Denver, and Cheyenne.

Operating from one to three ranches with several hundred head of cattle along with raising a family and fostering a part-time rodeo career would seem to be enough to keep a man busy, but George was also a racehorse man. At one time he own a horse named Buster and a mare he called Prissy May. George would match Buster against any horse in the world for up to 250 yards and bet everything he owned on the horse. Prissy May was his distance horse and he would bet all his money and the ranch on her for any distance over 250 yards.

On one trip to Texas in 1940, Prissy May and Buster put thirty thousand dollars, in prize and gambling money, in George Cline’s pocket.

In 1976 when George died, he still owned the TV, the J slash X, and the Bouquet ranches. One of his own phrases best describes George Turnbull Cline. He was the Gen-u-wine article.