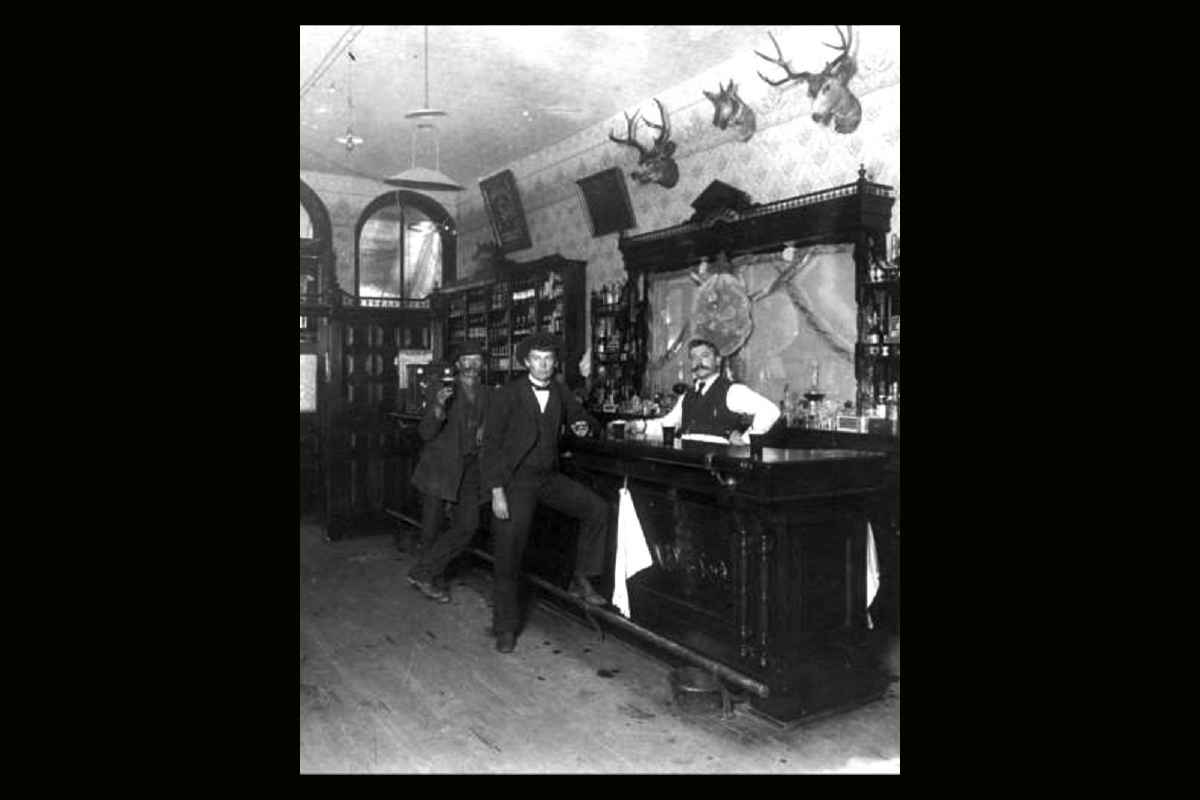 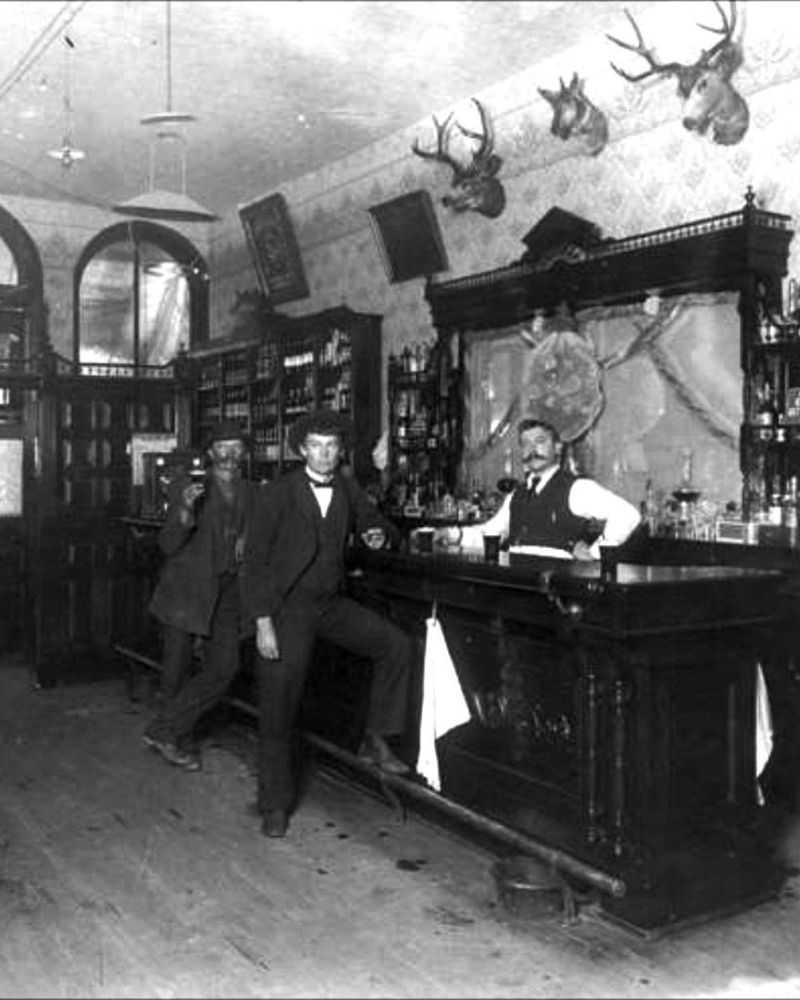 A saloon might also be known as a “watering trough, bughouse, shebang, cantina, grogshop, and gin mill.” The first saloon was established at Brown’s Hole, Wyoming in 1822, to serve fur trappers.

Saloons were mostly for socializing not for gunfights.

The earliest saloons were tents or shacks that served homemade whiskey that included such ingredients as raw alcohol, burnt sugar and chewing tobacco.

The whiskey had a litany of colorful, definitive names including Tanglefoot, Red-Eye, Forty-Rod, Tarantula Juice, Taos Lightning and Coffin Varnish. And don’t forget Firewater, strong enough, it was said to peal the hide off a gila monster.

Some saloons in the raw, new towns were little more than casinos, brothels and opium dens.

When a miner was killed in an accident the saloon was a favorite place take up a collection for the widow. Preachers could even deliver a sermon on Sunday morning.

Many towns had Republican and Democrat saloons. Pity the poor man who wandered into the wrong one and ordered a drink.

The free lunch was a sales enticement which offered a meal at no cost in order to attract customers and increase revenues from other offerings. It was a tradition once common in saloons in many towns.

As women became more liberated the rules loosened up. She could enter through a side or back door but no self-respecting lady, with the exception perhaps of Calamity Jane, would dare enter through the front door.

Pinetop, Arizona, located in the heart of the largest ponderosa pine forest in the world, was named not for the forest but for Walt Rigney, a tall, bushy headed bartender the soldiers called “Ol’ Pinetop.