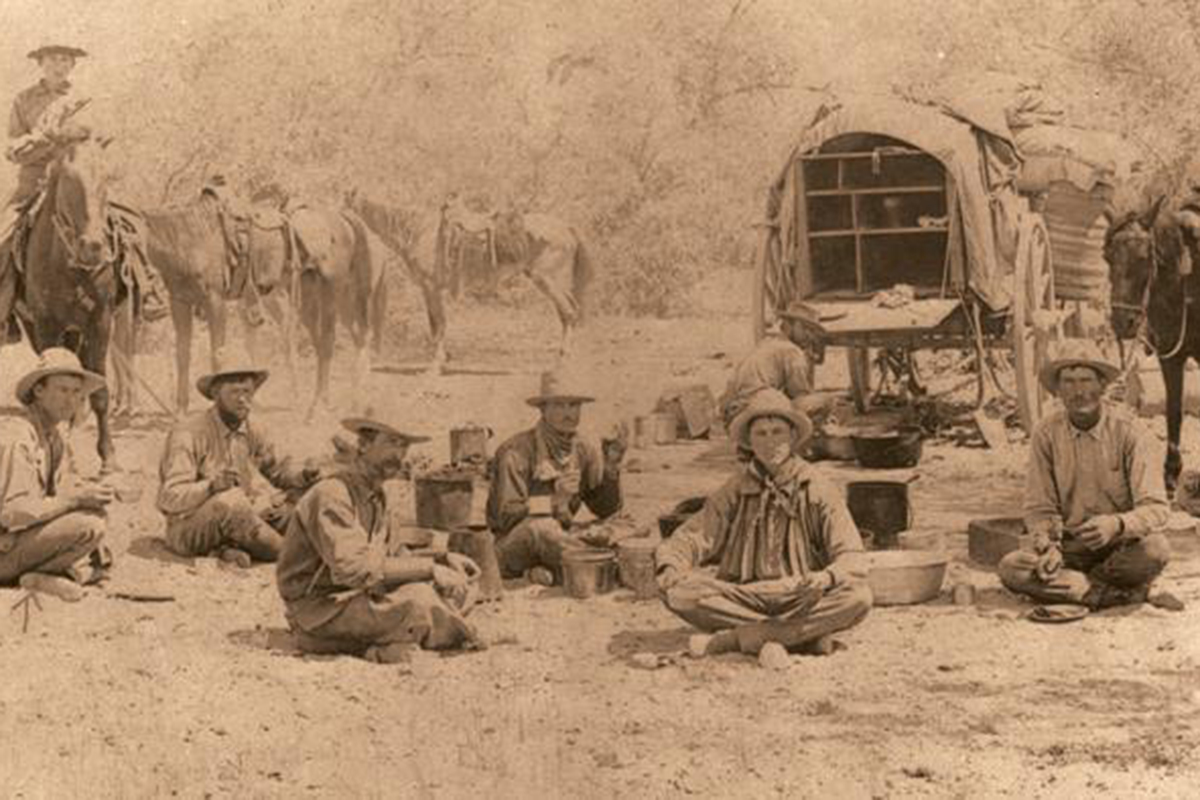 One of the most revered names in the history of the cattle industry in Arizona is the Chiricahua Cattle Company or, as it was known by its brand, the CCC Outfit.

Incorporated in the Spring of 1885, the ranch was the result of a consolidation of smaller ranchers in the Sulphur Springs Valley in Cochise County. Eight ranchers at the north end of the valley pooled their assets, valued at $500,000, and filed papers of incorporation, with each rancher receiving 20,000 shares. Ted White, John and Sumner Vickers along with five other ranchers combined property and water rights creating an empire of 1.6 million acres of grazing land that extended north into Graham County, that would rank it among Arizona’s largest cattle ranches. CCC cattle ranged over an area 35 miles wide and 75 miles long.

Life in Cochise County during those turbulent years when Geronimo was still on the prowl wasn’t for everybody. The young wife of Englishman Walter Upward, one of the founders of the CCC, hightailed it back to England and never returned the first time she heard the name “Geronimo.”

The ranch spearheaded the formation of the Cochise County Live Stock Association, which set a code of conduct for its members, established grazing districts, and planned and carried out roundups, especially the handling of mavericks, or stray calves—the greatest source of conflict between ranchers. The organization fought rustling at every turn, first by mandatory brand registration, then by control of county law enforcement. In 1887 they put into office, John Slaughter, a rawhide-tough, ex-Texas Ranger, who minced no words when he warned rustlers: “Get out of Cochise County or get shot.”

While he bagged many rustlers alive, a few were toted back to Tombstone slung over the backs of their horses. “They resisted arrest,” was all the tight-lipped lawman would say. Slaughter acted as his own judge, jury, and executioner but it was a brand of justice accepted on the frontier. The Tombstone Epitaph called him a “man of deeds and courageous acts, not of words.”

When the Southern Pacific Railroad began charging Arizona cattlemen exorbitant rates to ship their cattle to market the CCC led the fight by driving their cattle overland to Deming, New Mexico where they got a better deal from the Santa Fe Railroad. Some ranchers drove their cattle across southern Arizona, crossing the Colorado River at Yuma then over the arid desert to the markets in southern California. It cost $2 a head to drive the cattle to California and the railroad charged $6 a head to ship. These drives are mostly forgotten today but were more heroic than any gunfight on the streets of Tombstone. In the end, the stubborn cowmen caused the railroad to back down and lower their rates.

A severe drought in 1891-92 emptied the cattle ranges of Cochise County, wiped out the cattle industry in southern Arizona. In 1883 the Sulphur Springs Valley was a rich resource with millions of acres of lush grama, sacaton, bunch, and blue stem grass waiting to be exploited. Cattlemen came and turned their herds loose. Today’s environmentalists cringe at the thought but to cattlemen, numbers were the only path to profit. The fragile land would support only one animal unit (cow-calf) per 160 acres per year. As early as 1885 stockmen were being warned about the dangers of overgrazing. No self-respecting cattleman wants to destroy his range and most heeded the advice but the drought in 1891-92 was the death knell for the open range industry.

In 1909 Ted White, John and Sumner Vickers, the last of the original owners, sold out. The Vickers brothers had invested in oil and real estate in southern California where they became very rich over the next few years.

The outfit struggled on for three more decades. For a time they ran cattle on the Apache reservation east of Globe but by 1945 the old CCC was history.