Ash Fork Cattle Company During the middle of the twentieth century the Ash Fork Livestock Company, run by Frank and Gene Campbell, was one of the biggest outfits in northern Arizona... 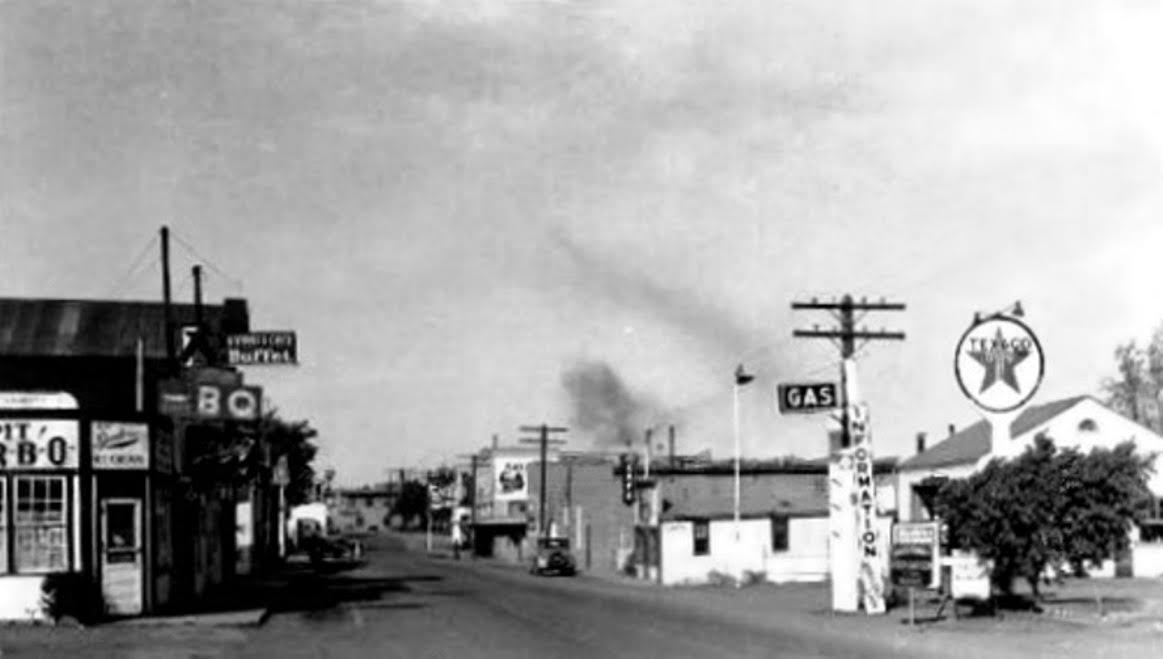 During the middle of the twentieth century the Ash Fork Livestock Company, run by Frank and Gene Campbell, was one of the biggest outfits in northern Arizona.  The stockyards at Ash Fork shipped more cows than any other between Kansas City and Los Angeles.

Their father, Cole Campbell, arrived in Ash Fork in the early 1900s and ran sheep before going into the cattle business in the 1940s.

During the heyday of the Ash Fork Livestock Company ran about 2,500 head of cattle over 177,000 acres of grassland and more under forest permits. Frank and Gene were the first cattlemen in northern Arizona to introduce Charolaise cattle from France.  They cross-bred the French cattle with their white-faced Hereford stock to produce a heavier stock.

It was hard to guess just how rich the Campbell brothers were.  Unpretentious, they never wore anything but Levis, Stetson hats, and work shirts.  A stranger could easily mistake them for saddle bums or poor, greasy sack cowmen.  Once, while on a cattle-buying trip back to Chicago, dressed in their customary fashion, the two were arrested by the Windy City police department for vagrancy.

A story is told that one day Cole was sitting under the huge veranda at the Harvey House.  He removed his hat, placed it on the deck upside down, cowboy-style, and fell asleep.  When he awoke the hat was full of money.  Sympathetic train passengers, believing he was a down-on-his-luck cowboy, had contributed generously to the wealthy cattleman’s welfare.

Periodically, the Campbell brothers would each buy a new pickup and within a few weeks of bouncing up and down on those makeshift roads in Yavapai County the new truck quickly morphed into a mud-splattered old truck.

Frank’s wife, Floye, preferred her Cadillac and the comforts of an elegant home in town over the rigors of dusty pickup trucks and the Spartan-like life at the ranch.  One day she and Frank were returning from a business trip to Prescott in her car when Frank chanced to see one of his sheep outside the fence and running down the highway.  He stopped the car, got out and chased it down.  Picking it up he carried it over to the car, opened the back door and started to put it in the back seat,

“That sheep can’t ride in my new Cadillac,” she declared.

“He can if he wants to,” Frank replied indignantly, “he helped pay for it.”

………..And the sheep rode into town sitting proudly in the back seat.

In 1962 Frank and Gene decided to split up the ranch.

Gene’s share became the Ash Fork Cattle Company and Frank took the western half of the original ranch south of Seligman. Gene’s son Jack, a track star at Arizona State University during the 1940s, ran the outfit until his death a few years ago, while Frank’s son, Hugh, ran his cows south of Seligman.

The brand for the Ash Fork Cattle Company remains the Bar-Z-Bar and the horse brand is the Bar 17.

I was a high school kid in Ash Fork during the 1950s when El Paso Natural Gas was running a pipeline across northern Arizona, paralleling Route 66. On Saturday the saloons along main street were crawling with pipeliners out for a good time. Prior to their arrival, one could expect to see a brawl between cowboys, railroaders or transients. The pipliners added a new dimension to the action. Jack Campbell was a tall, lanky, quiet young man. A burly pipeliner decided to make some disparaging remark about Jack’s red hair. One thing led to another and a crowd gathered. “Hold me back,” the pipeliner said to his pals, “or I’ll tear this cowboy limb from limb.”

“Let, him go!” Jack smiled confidently. We knew something the pipeliner didn’t. Jack was also a champion boxer.

The pipeliners only stayed in town long. In a week or so they moved on to Seligman, digging trenches and laying down pipe. In Ash Fork, tall, skinny Jack Campbell became part of the local folklore.

Ash Fork had one of the grandest Harvey Houses on the Santa Fe Railroad.  The Escalante, as it was called, was by far the largest structure in the town.  People used to travel from as far away as Prescott to eat a sumptuous meal served up by the chef and cowboys rode miles to flirt with the Harvey Girls who waited tables.  Cole Campbell arrived in Ash Fork in 1906 and took residence in the Escalante Hotel.

Men were required to wear a dress coat when dining in the elegant Escalante restaurant and since Cole didn’t own a dress coat, the Harvey House manager always provided him with one.