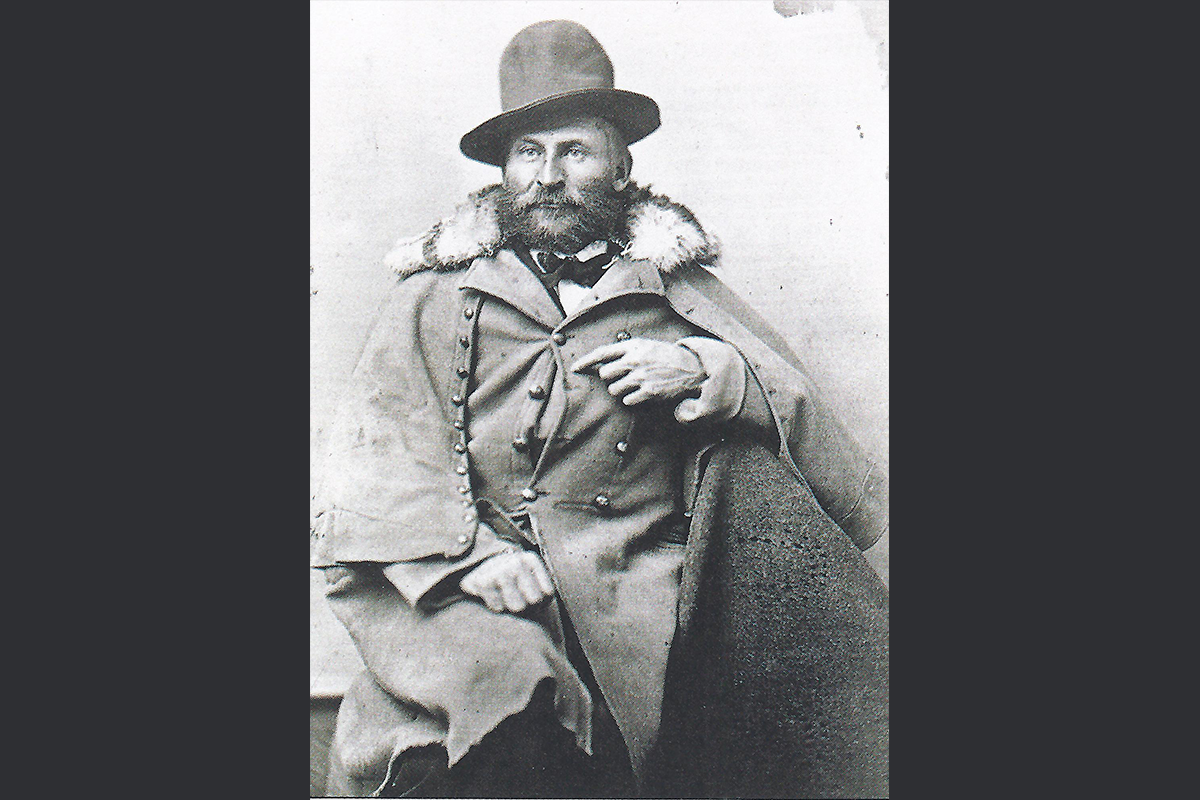 The governor of the Arizona Territory Anson P.K. Safford, representatives from Arizona and California appealed to President Ulysses S. Grant to bring Lt. Colonel George Crook to deal with the Yavapai and Apache problem in Arizona. Crook was selected over several senior ranking officers. Grant couldn’t have picked a better handle the difficult task of subduing the Yavapai and Tonto Apache in Arizona’s vast Tonto Basin.  The first thing Crook did was to make an extended scout to familiarize himself with the territory.

On, November 21st,1871, from Washington, General John Schofield issued General Order No. 10 called for the enrollment of Indians and the prohibition of trade in weapons with them. This was followed by General Order No. 32, on December 11th, 1871, in which reservation limits were defined. This cleared the way for an offensive action.

Grant’s plan was to extend an olive branch with peace commissioners Vincent Colyer and General Oliver Howard. Reservations were established at Apache, McDowell, Date Creek, Grant, Verde, Beale’s Spring and San Carlos in Arizona and Tularosa in New Mexico by Colyer. This would establish a defined field of operation. If these efforts failed Crook would launch a relentless campaign.

Crook sent messages out to all the Apache bands that they must report to their designated reservations by the middle of February. Any that did not report would be branded as “hostiles.”

Naturally, when spring came, and the weather abated the various bands bolted from the reservation. Although many Indians moved to their assigned reservations thousands preferred to remain “hostile.” The raiding, depredations and killing continued.

During this time Crook was busying himself recruiting Indian scouts and streamlining his pack trains and training packers for extended times in the field.

The Apache and Yavapai scouts proved to be the best. Crook wrote, “The nearer the Indian approaches the savage state the more likely he will prove as a soldier. I therefore selected the wildest I could get.”

Lt. John G. Bourke, Crook’s aide-de-camp wrote, “The longer we knew the Apache scouts, the better we liked them. They were wilder and more suspicious than the Pimas and Maricopas, but far more reliable, and endowed with a greater amount of courage and daring.”

Lt. Bourke would later write in his classic, On the Border with Crook, the taciturn man the Apache called Nantan Lupan “Chief Wolf,” gave his columns final instructions. If the Indians could be made to surrender, accept….where they prefer to fight, give them all the fighting they want, and in one good dose, instead of many petty engagements….in either case hunt them down until the last hostile is killed or captured….avoid killing women and children, and prisoners of either sex should not be abused in any way….enlist prisoners as scouts if possible, the wilder the better, because the wild ones would know best the nature and retreats of those still out….no excuse will be accepted for abandoning a trail; if the horses play out, follow the enemy on foot as long as your men can stand….no sacrifice to be avoided to make the campaign short, sharp and decisive.

Over the next few months during the Winter Campaign of 1872-1873 there would be two major battles, Salt River Canyon, and Turret Butte along with and many skirmishes. Each dealt crushing defeats upon the Yavapai and Tonto Apache bands. In the spring of 1873, 2,300 surrendered at Fort Verde. The second part of Crook’s extended campaign 1874 and were mostly small battles with various outlaw bands who stubbornly refused to move to the reservation.

Crook was hailed as a hero throughout the territory. He had also earned the respect of his former foes who found him tough but fair. Most important perhaps is he never lied to them.

Corrupt Indian agents was a serious problem on the reservations. The system itself was an invitation to steal. Crook reported one agent on a $2,500 a year salary, stayed a year and went home with fifty thousand dollars. Infighting between the Department of War and Department of Interior concerning “What was best for the Indian” was another. For example, the Yavapai were content and happy at Forts Verde and McDowell however, some bureaucrat in Washington decided since they were all Apache (which they weren’t) they would be better-managed and happy if all were located on the same reservation. So they were all herded to San Carlos. It was the same for Victorio and his Chiricahua at Ojo Calientes in New Mexico. No place was more unsuitable for man nor beast than San Carlos, better-known as “Hell’s Forty Acres.” This would be a major cause of leaders like Victorio and Geronimo to be a thorn in the sides of both the U.S. and Mexico in the years to come.

Crook protested but to no avail. During this time, a number of leaders led by Delshay, Chunz, Chan Daisi and Eskiminzin took their people and bolted.

In 1875 Crook was transferred to another trouble spot on the Northern Plains and much to the disappointment the Indians and the settlers, his replacement could not command the respect.

The Apache Wars entered a new phase where disgruntled leaders like Geronimo, Nana, Victorio and others bolted the reservations. The killing on both sides would last until September, 1886 when Chiricahua Chief Naiche surrendered to General Nelson Miles at Skeleton Canyon.