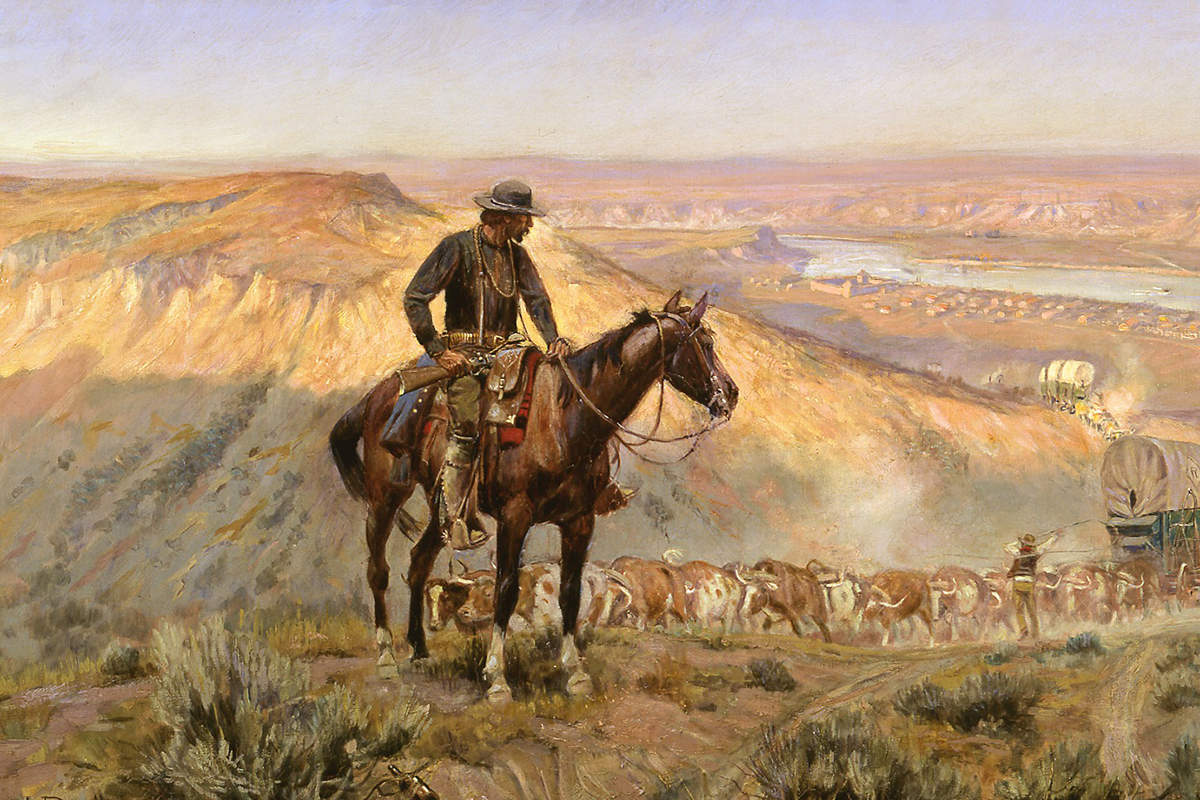 The wagonmaster was almost invariably a powerful man who rose from the ranks of bullwhacker on the basis of his leadership qualities. His word was law on the trail, comparable to that of a ship’s captain, and his pay of $125 a month ranked him near that of an Ohio River steamboat skipper. He earned it. His responsibilities began long before his train set out. He chose his bullwhackers, oversaw the training of the unbroken animals and the loading of the wagons. On the trail he had to be forceful enough to impose his authority on rough and tumble men. He regularly patrolled his train and reconnoitered ahead on the lookout for hostile Indians  and difficult stretches of the road. He chose routes, timed the march and decided where to camp. When the water ran high at river crossings, when the wagons mired down, it was he who made the decisions and gave the orders.

The bullwhackers who drove the wagons were anonymous young men and few of them cared they were helping open up the West. Anyone familiar with farm stock or were willing to learn, could sign on as a bullwhacker and many newcomers used the job as a way to earn a stake and survey the frontier country.

Mark Twain on his journey West, happened to eat at a stage stop in company with some 20 teamsters. He described them as “a very, very rough set.”

A bullwhacker walked most of the time for freight wagons had no seats and the only place to ride, sitting or standing was on the wagon tongue. When there was mud he waded. When it rained he got drenched and slept on the wet ground beneath his wagon. His pay was $20 to $25 dollars a month. His clothing was stained, with mud, dust, sweat, food grease and flying tobacco juice.

Frontier communities welcomed the teamsters because they displayed a mighty capacity in the saloons and they weren’t particular about what they consumed.

Fights among teamsters were frequent, for a job that required controlling and inspiring oxen made a man strong and stubborn. Unlike other frontier folk, bullwhackers usually battled not with knives or pistols but with their own powerful fists.

Just as fists were a bullwhacker’s weapon, his bullwhip was his badge. Men fashioned their whips to their tastes, with stocks of hickory or ash or pecan, one and a half to three feet long. The whip might be as short as ten feet or as long as 20 feet.

Skilled men cracking their whips together could produce sounds like infantry picket fire. The legends could flick a fly from the ear of a lead ox without touching the animal. The whip was rarely intended to touch the animal. Merely cracking overhead was enough to inspire the dumbest ox to greater effort. The same held true for the most obstinate mule.