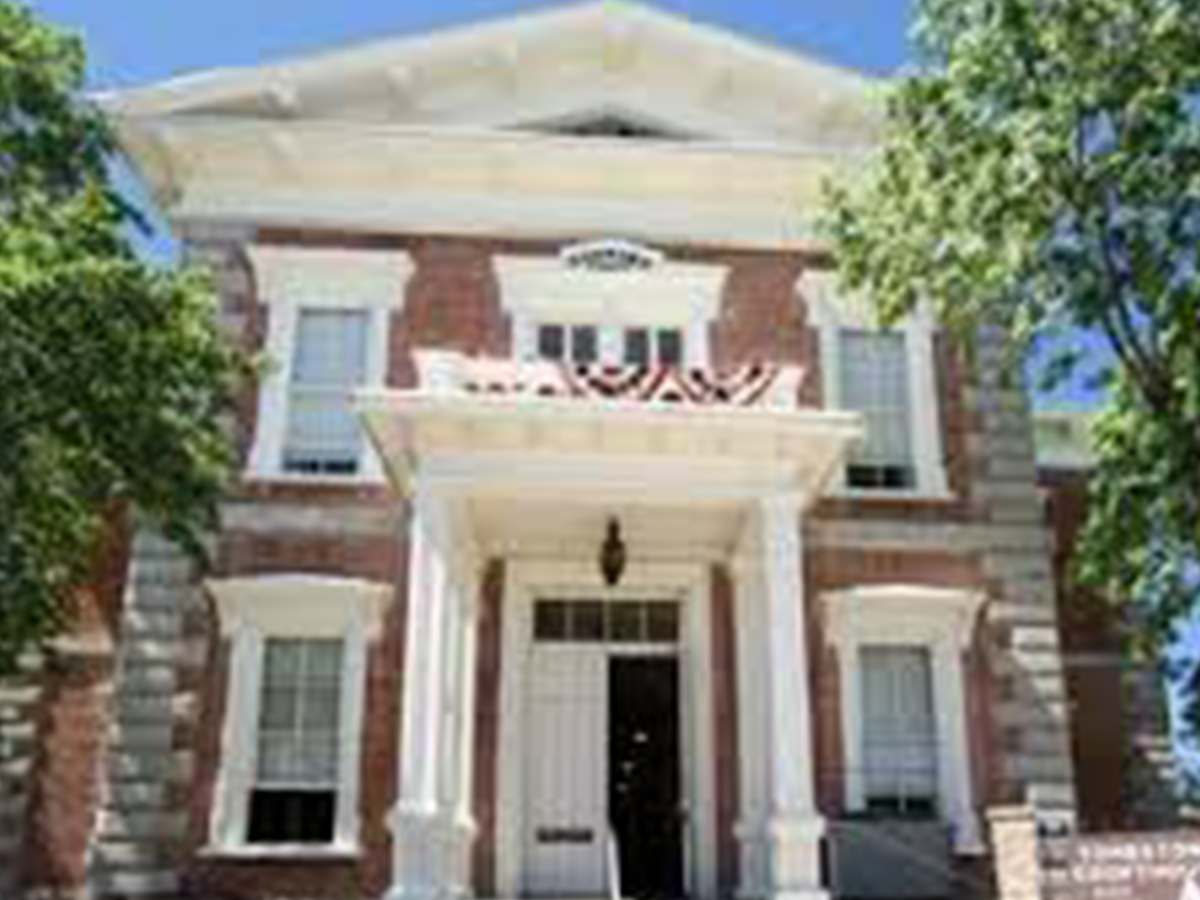 Locations of the offices and jails in Tombstone before the completion of the county court house and city hall in 1882 are difficult to pin down as Tombstone was a town of tents, shacks and even wickiup’s in those first months of its existence and was in a constant state of transition.

According to one source, The Last Chance: Tombstone’s Early Years, John Meyers Meyers, the location of Tombstone’s first jail or lockup was an adobe structure on Fremont St. near the one built in 1882 that stands there today. Another source mentions on the night Marshal Fred White was shot the lockup was described as “nearby” and  was a structure about 10’ x 12’ and built with 2”x 4s”,  one on top of the other and spiked together. It was described as quite strong and secure for ordinary purposes.

The Cochise County Courthouse, built in 1882, served as a lockup for both the city and county. Today, it’s a state park.

I wrote author, Casey Tefertiller and he says: “One of the problems is that the offices were moved at different times. I have two city directories for the period. Behan is not listed in either. One has Virgil Earp, City Marshal on the corner of Fifth and Allen. The other directory was published when Sippy was city marshal, so it is earlier.”

From what I have found, I think Behan had two offices. One was in the Dexter, the livery stable that he co-ran. The other was at the jail.

The jails are also confounding. The lockups were moved around. I am fairly certain that the county jail was down on Toughnut, catty corner from what is now the New Dragoon Saloon. I have seen a reference to a city jail, but I suspect that was a mistake in the paper and there was only a county jail.”

Behan’s office when serving as sheriff was in the Gird Building (aka Mining Exchange Building) at 329-331 Fremont Street, which housed the old courthouse.  There he “shared” office space – though in multiple rooms – with Judge Stilwell, the Goodrich brothers, and various attorneys and physicians.

It may be of interest, also, that the first Tombstone jail, erected by Ed Schieffelin, was located at 437 Fremont Street. Rita Ackerman, in her book, Tombstone: Who, What, When, Where, identified a structure near the corner of Toughnut and Sixth as an “early jail.”

Remember, there were three major fires. The first occurred on June 22nd, 1881. The second nearly a year later and the third occurred a few months after that.