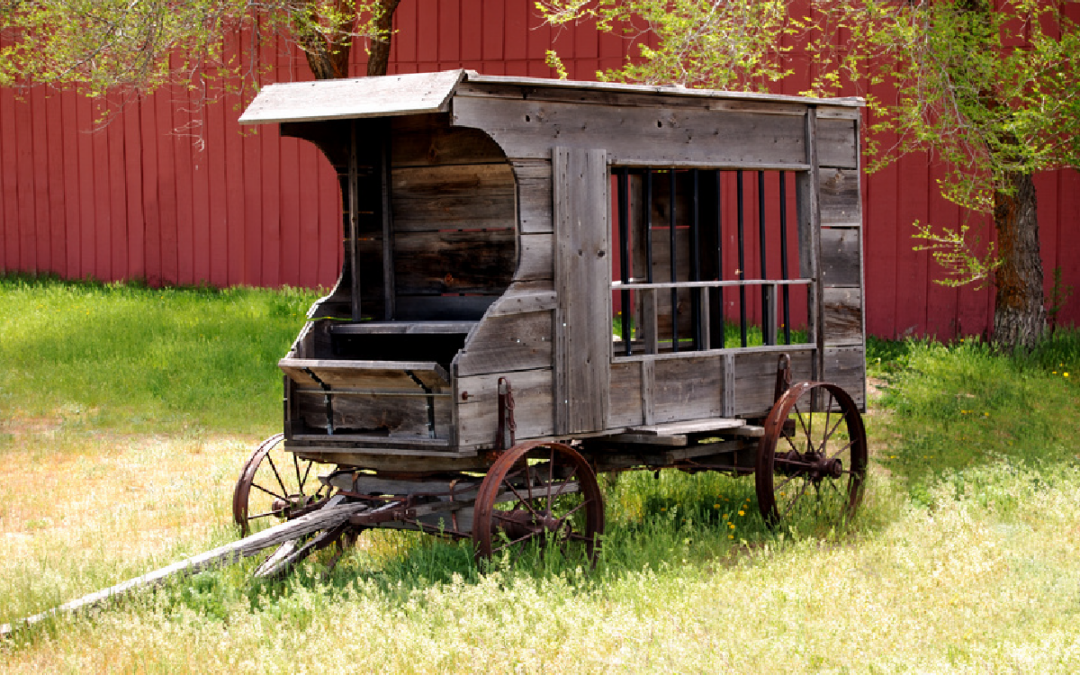 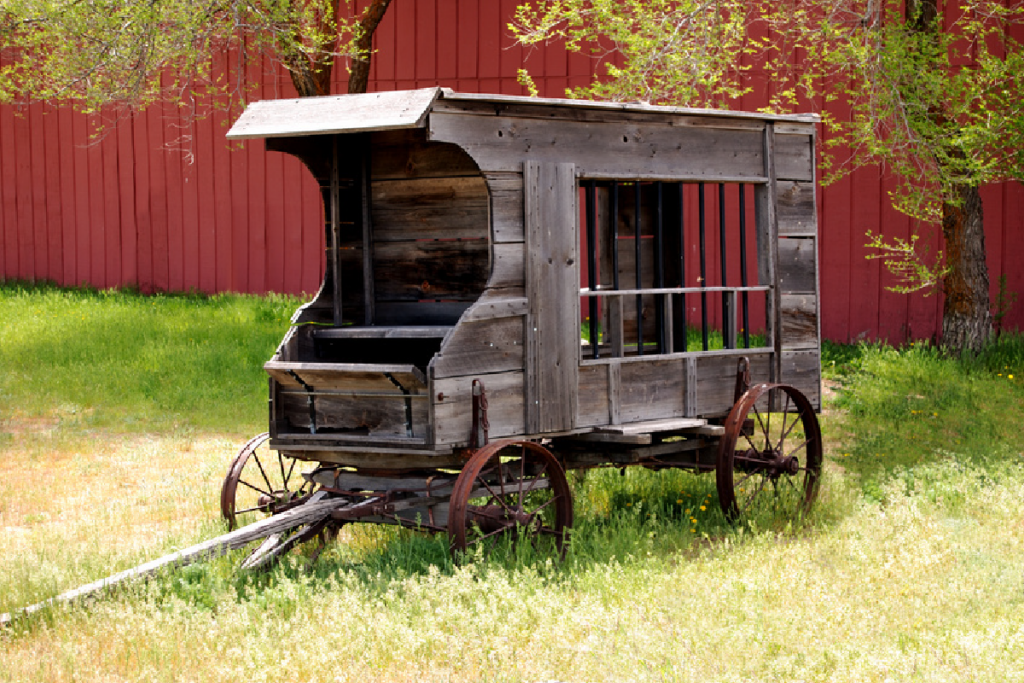 They called them “tumbleweed wagons” because like their namesake, the Russian thistle, they seemed to wander aimlessly across the territory picking up bad guys and transporting them to more secure facilities.

A tumbleweed wagon was a jail on wheels used to take prisoners to a more permanent jail or prison.  Many of those small town jails weren’t secure enough to hold a hardened criminal for long.

The mining town of Pearce, Arizona did have a solution. They housed their prisoners in a former storage room for explosives. It was built of solid concrete.

Tumbleweed Wagons were popular in the 1870s and 1880s before the railroads were criss-crossing the territories. In the Indian Territory in what later became Oklahoma, U.S. deputy marshals would take a wagon or maybe even a caravan of barred wagons and make their rounds picking up prisoners and hauling them to Fort Smith for trial before Judge Isaac Parker, the famous “hanging judge.”

The wagons might be out two or three months. The prisoners would be chained to the floor. They made camp at night and the most dangerous would be chained to a tree or one of the wagon wheels. This caravan would also have a chuck wagon and cook, a remuda for the deputies and teamsters for the other wagons. Depending on the “cargo” there might also be extra deputies.

These marshals had to be every bit as rough and tough as the outlaws they transported. Out of some two hundred sixty-seven died in the line of duty.

Much like a circus train they created quite a spectacle as they passed through town as locals would gather along the street to get a look at the prisoners. I can imagine mothers used them as “culture-frighteners,” warning their intractable sons of what might be in store for them if they didn’t mend their ways.