What Were Hotels In The Old West Like? They varied widely from flea and bedbug-infested abodes to elaborate... 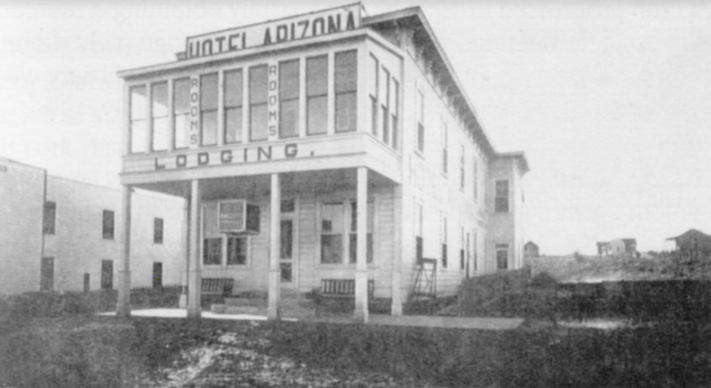 They varied widely from flea and bedbug-infested abodes to elaborate. The rooms were small compared to what we’re used to today and the walls were thin. In Abilene one night John Wesley Hardin shot and killed a man in the next room who was snoring too loud.

There might be some hooks on the wall to hang your clothes; a porcelain and a washstand. Most had a community privy out back and chamber pots in the rooms. The popularity of tub-bathing grew as the country flourished and expanded. In 1871, Tucson boasted 3,000 people, a newspaper, a brewery, two doctors, several saloons the aptly-named Shoofly Restaurant but only one bathtub. It helped if there was a creek or small river nearby.

The best place for a man to find a bathtub would be at the local barber shop and for a quarter he could climb into a small tub and a youngster would pour a bucket of hot water from hot stove.

Women required and got a little more privacy. Hotels usually provided a tub where she would take her bath. If it was in some fancy hotel the room might have a tub.  A maid would bring hot water.

The good old days weren’t all that good when it came to hygiene. People didn’t bathe very often in the Old West. A woman would add a little more perfume. Unless a man used some of the barber’s sweet-smelling cologne it was not wise to be downwind from him. Body odor and bad breath was something people had to live with until late in the 19th century when advertisers began promoting deodorant and toothpaste.

If it was a boom town you might have to share with strangers but in an established town you could usually have a room to yourself. Interestingly, in some of those early mining towns rooms were so scarce you might have to share a room in shifts. In the mining town of Jerome Arizona for example, there were three shifts. One miner slept, another was in the mine and the third had to bide his time in a saloon until it was his turn.

Even though most people in Tucson during the 1870s were content to jump in the nearest irrigation ditch when they felt the urge to bathe, owner, Charles O. Brown saw in a catalog, a zinc bathtub. It arrived at the Brown’s home on 40 West Broadway a few weeks later. Although it had to be hand-filled with buckets of water the Brown family was pleased with the new purchase.

Some of the wags around town shook their heads. “A bathtub. What was Tucson coming to?”