Wyatt Earp in Hollywood Digging us some truth.

And, a special bonus answer: why did my grandmother think Wyatt Earp was a jerk?

Join True West Magazine on March 17th at 5:30pm Pacific Time/6:30pm Mountain Time for 30 Minutes with Bob Boze Bell on Facebook LIVE at https://fb.me/e/K4iwDo81 or on YouTube LIVE at https://youtu.be/4e_J1mRa9HU.

We are gonna dig us some truth. BBB will be answering these questions that can also be found in his book: The Illustrated Life and Times of Wyatt Earp. 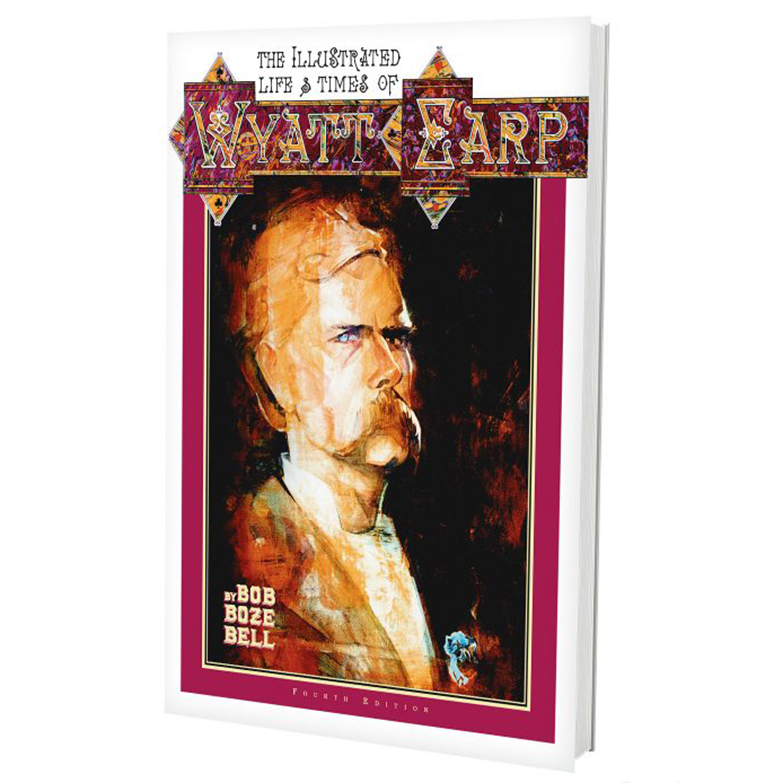 The Illustrated Life and Times of Wyatt Earp is illustrated with over 80 original illustrations along with maps and photos, many of which have not been previously published.  This book on Wyatt Earp cuts through the false legends, myths, and stories that have abounded for years like never before.  It is written in a no-nonsense style that ensures the reader that he leaves with a knowledge of what Wyatt Earp’s life was really like but at the same time thoroughly enjoying the time spent reading it!

“Your book is fascinating, coupling your powerful illustrations with your unique chronological tracking…from birth, to Tombstone, to the legend he has become. I think even Wyatt would approve.” – Hugh O’Brian

“Hands down the definitive books on Wyatt Earp and Doc Holliday.” – Allen Barra

“Factual, lively and irreverent…History as it should be presented.” – Garry James

“When Bell tells the history of the Old West in his biographical books, he does it in an ingenious format. The illustrated timeline of history.” – Bob Fenster

“If other history books were produced and presented in such a manner, it could revolutionize the way in which history classes are taught…They are clearly written, concise in detail, and perhaps most important, damned fun to read!” – Jim Chamberlain

JOIN BOB BOZE BELL FOR 30 MINUTES LIVE ON FACEBOOK ABOUT THE ILLUSTRATED LIFE AND TIMES OF WYATT EARP.

BBB will be presenting and answering a surprising question: How corrupt was Wyatt Earp? Was he a pimp? BBB will take a look at the *ahem* hard evidence on this subject in a 30 minute Facebook Live video on March 17th at 5:30pm Pacific Time/6:30pm Mountain Time.

Purchase The Illustrated Life and Times of Wyatt Earp