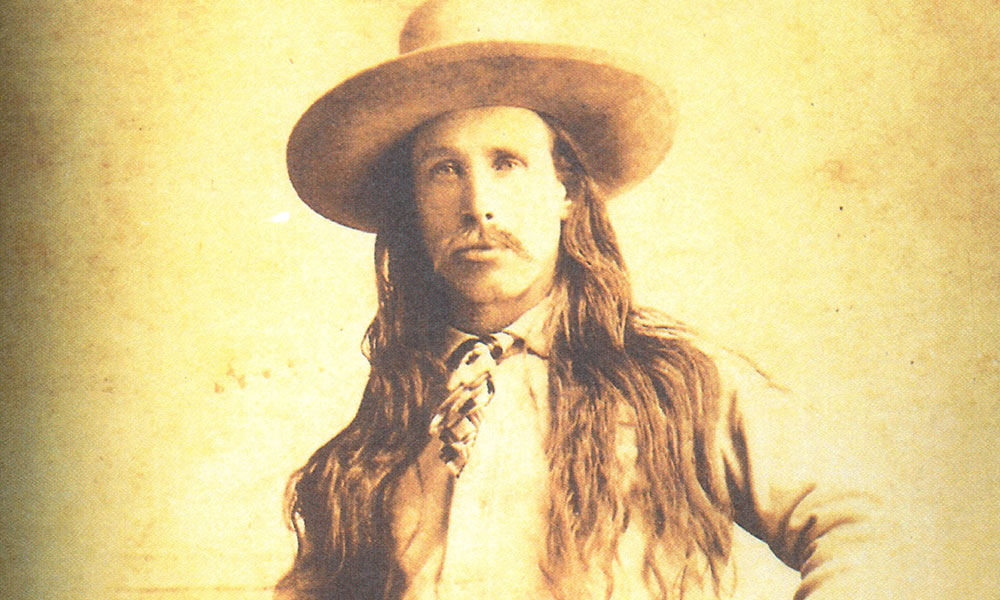 Commodore Perry Owens drifted down to Texas in the early 1870s then on to Indian Territory where he took a job on the Hilliard Rogers ranch near today’s Bartlesville.  Over the next few years he worked as a cowhand driving cattle from Texas to the cow towns of Kansas. He also worked as a buffalo hunter for the Atlantic and Pacific in Kansas honing his skills as an expert shot.

He arrived in Holbrook in 1881, about the same time as the Atlantic and Pacific Railroad. Soon after arriving he took a job guarding the stage station at Navajo Springs from horse thieves who preyed upon the area. He had several brushes with local Navajos over disputed stock and it was said they came to view him as an invisible ghost because their bullets never seem to hit, while his “magic” guns never missed. Owens’ experience as a buffalo hunter on the Kansas plains had turned him into an expert marksman.

Owens homesteaded at the Z Bar ranch some ten miles south of the springs where he raised purebred horses. The place became known as Commodore Springs.

Owens was described as a simple, charismatic man of few words and when he did speak it was with a slow drawl. He was a handsome man, standing five feet, ten inches, with light blue eyes and a slight, sinewy frame. According to old timers he cut a romantic swath on his fine sorrel horse catching the eyes of the pretty ladies around Concho and St. Johns.

Owens also had a reputation for integrity. One newspaper was quoted as saying: “Mr. Owens is a quiet, unassuming man, strictly honorable and upright in his dealings with all men and is immensely popular.” He took few men into his confidence and had few intimate friends.

An early acquaintance described him as “kind and courteous, but very quiet, a perfect gentleman.” Another said he was the most superstitious man he’d ever known.  A man of action, not given to introspection, he was extremely cool under pressure; the type oft-described as a “good man to ride the river with.”

A cowhand named Dick Grigsby told a story that Owens was making biscuits one morning inside his two-room shack when two Navajo horse thieves began firing rounds into his abode from opposite directions. Owens calmly picked up his rifle walked to the door, shot both raiders, waited quietly for a few minutes, then proceeded to finish cooking his biscuits.

At the time of Owens arrival in Apache County there were serious problems of civil strife and lawlessness. Among the causes were issues along ethnic and religious lines as a number of groups competed for political and economic power.  Mexicans, Mormons, non-Mormons and Navajo all jockeyed for position in the Little Colorado River Valley. Cattlemen competed with sheepmen for grazing rights. The Pleasant Valley War partisans, including Andy Blevins (Cooper). He was not a household name among famous bad men of West but a ruthless killer just the same. Texans and Mexicans harbored deep resentment towards each other dating back to the Battle of the Alamo.  There was also contention between the Mormons and Mexicans in St. Johns and the Little Colorado River Valley.  The Navajo troubles were mostly over rustling, along with conflicting claims to water and grazing rights. And lastly, the Aztec Land and Cattle Company was trying to rid the country of nesters.

Maintaining law and order in Apache County was not a job for the meek or the timid.