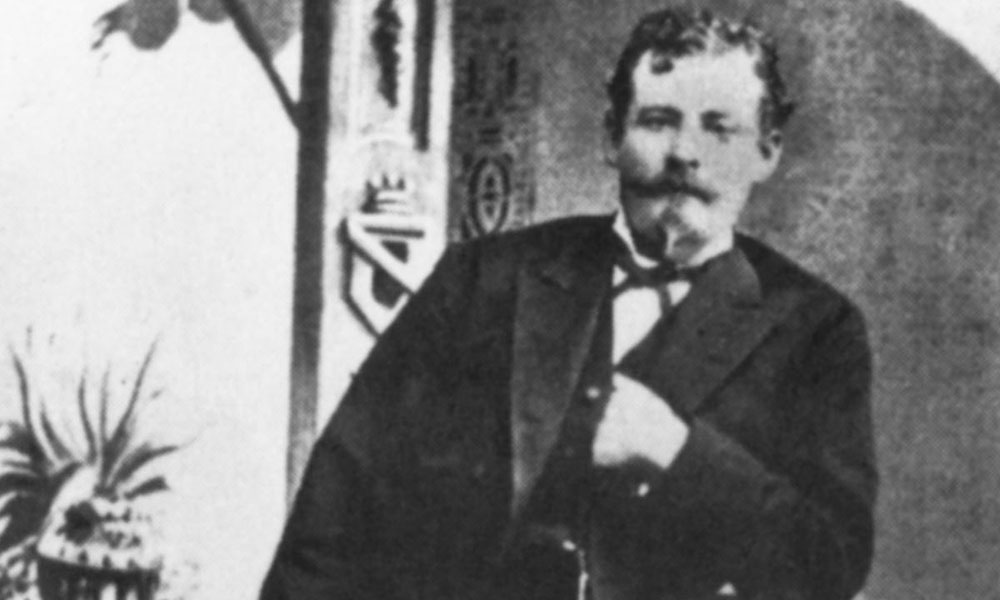 In April, 1887 Apache County Sheriff Commodore Perry Owens dispatched Apache County deputies Albert Miller and Rawhide Jake Brighton to arrest Ike and Fin Clanton.  Brighton, along with being constable at Springerville, was a range detective enforcing the law with a mail-order detective’s badge.

Originally, on the recommendation of Apache County Undersheriff, Joe McKinney, Owens had hired the legendary ex-Texas lawman, Jeff Milton to go after the Clanton’s but at the last minute he accepted a job as a customs officer in southern Arizona.

In May and June of 1887 several grand jury indictments were brought against the Clanton’s and their friends. Most of them involved the murder of Isaac Ellinger. One of the warrants charged Lee Renfro with the murder of Ellinger.

Six-gun justice was closing in on the outlaws. A July 9th edition of the Albuquerque Morning Democrat wrote a detailed description of the gunfight at Eagle Creek stating that Billy Evans, aka Ace of Diamonds and Longhair Sprague were believed to have met their deaths at a ranch owned by Charlie Thomas in the Blue River country of eastern Arizona.  The two, along with either Lee Renfro or Kid Swingle had ridden into the ranch and after enjoying the rancher’s hospitality, left the following morning taking with them some or their host’s horses.

Thomas and two friends picked up their trail and caught up with the rustlers at the mouth of Eagle Creek. Evans and Sprague pulled their guns and opened fire on the ranchers, who returned fire, killing both rustlers. The third rustler, probably Renfro, escaped.

The St. Johns Herald had a different take claiming, the story was a hoax conjured up by friends of the outlaws in order to give them time to escape. Still another twist of the tail claimed the story was made up to protect the posse as to the identity of who was actually gunning down the rustlers.

Soon after the gunfight at Eagle Creek the law finally caught up with Lee Renfro along the border of Graham and Apache counties.  A “secret service” officer, in the employment of a cattlemen’s association, recognized him and attempted to make an arrest. Renfro went for his gun and the officer shot him down.

“Did you shoot me for money?” The dying outlaw asked.

“No, I shot you because you resisted arrest,” he replied.

The mysterious “secret officer” was the ubiquitous Rawhide Jake Brighton.

About that same time it was reported that the notorious horse thief, Kid Swingle, was found hanging from the limb of a tree.

According to reports, Brighton and Albert Miller rode south of Springerville into the Blue River country near the Arizona-New Mexico border looking for Ike and his friends. After three days of hard riding they stopped to rest at the ranch of James “Peg Leg” Wilson on Eagle Creek. They spent the night and the next morning while they were having breakfast Ike rode in. Brighton recognized him and went to the door.

Suddenly Ike wheeled his horse around and bolted toward a thick stand of trees nearby. At the same time he jerked his Winchester from its scabbard and threw it across his left arm.

Afterwards Wilson rode to the nearby Double Circle ranch where he found four of Ike’s friends, who returned with him to identify the body.

Ike’s body, along with his spurs and pistol, was wrapped in a piece of canvas and buried at the Wilson ranch.

Earlier that year, in April, Fin had been arrested for rustling and jailed in St. Johns and was still behind bars when Ike was run to the ground.  Otherwise, he might have met the same fate as his brother. Fin was convicted in September and sentenced to ten years at the territorial prison at Yuma but was released after serving only two years.

Ebin Stanley, was given sixty days to get out of Arizona. He and his wife packed their belongings and moved to New Mexico.

Whether or not Ike was “resisting arrest” when he was killed is still debated by historians. Despite the official report there are some today who insist that Brighton was a hired assassin who shot Ike in the back as he was running away. The assassination of known rustlers wasn’t all that uncommon in the Old West where justice was sometime hard to come by. Ike had cleverly managed to elude the law for several years before he was finally driven out of Cochise County.