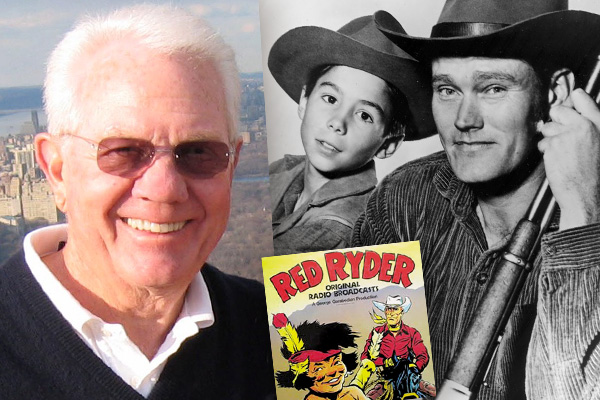 I fell in love with the West when I first heard the story of my maternal ancestors crossing the Oregon Trail in 1851 to settle the territory that would become Seattle, Washington.

For my money, the best Western ever is Jack Schaefer’s Shane. Close second: A.B. Guthrie Jr.’s The Big Sky.

The problem with many people today is that they are being swept away by technology. Being plugged in is good, but being unplugged is important, too, so that the “still, small voice” inside each of us can be heard. I’m looking right now at a couple of Wrangler statuettes I received from the Cowboy Hall of Fame for Centennial and Return to Lonesome Dove, and thinking that old nighthawk’s lonely job looks pretty good sometimes.

When it comes to Western writers, nobody can touch Elmer Kelton.

My daddy always told me, “Keep your eye on the ball that’s coming to the plate.”

History has taught me to look at the past as the road to the future.

I started collecting baseball autographs in the 1940s and 1950s because it was a time when heroes were heroes.

My mother always told me to remember, “There but for the grace of God go I.”

The secret to a happy marriage is maintaining trust. And separate bathrooms.

When it comes to directors, nobody can touch John Ford.

Most people get tripped up on the blankets they stretch (lingo for the lies people tell, the truths they embroider).

Nobody told me how much wisdom could be found in American Indian culture, but what a pleasure it has been to discover since being introduced to it by Jim Michener’s
writing in 1977.

The one character I am in awe of is…Whoa! One? Atticus Finch, if we’re talking fiction. Tom Joad right there with him. Nonfiction? Have to say Abraham Lincoln and Quanah Parker. Put George Washington and Black Elk up there too.

My only regret is knowing I can’t have the tombstone I had wanted in my salad days when I envisioned it saying, “No regrets.”

My next project will be a film on the life of legendary basketball coach John Wooden, and a novel, in progress, about… the True West.

John Wilder started off acting (he made his film debut in Tumbleweed Trail and appeared in TV’s Wagon Train and Wanted: Dead or Alive, among others), but began his career as a writer/producer when he wrote an episode of The Rifleman while attending UCLA. He then became a story editor for the Branded series and eventually adapted/executive produced James Michener’s Centennial, a 26-hour NBC mini-series that earned him the Writers Guild of America award and a Wrangler. He also wrote/executive produced Larry McMurtry’s Return to Lonesome Dove, for which he won his second Wrangler and two Western Writers of America awards. He has written and produced nearly 400 hours of prime-time TV. Wilder lives with his wife and granddaughter in Santa Barbara, California, where he is a writer in residence and an adjunct professor of English at Westmont College.