The Aftermath of the Pleasant Valley War 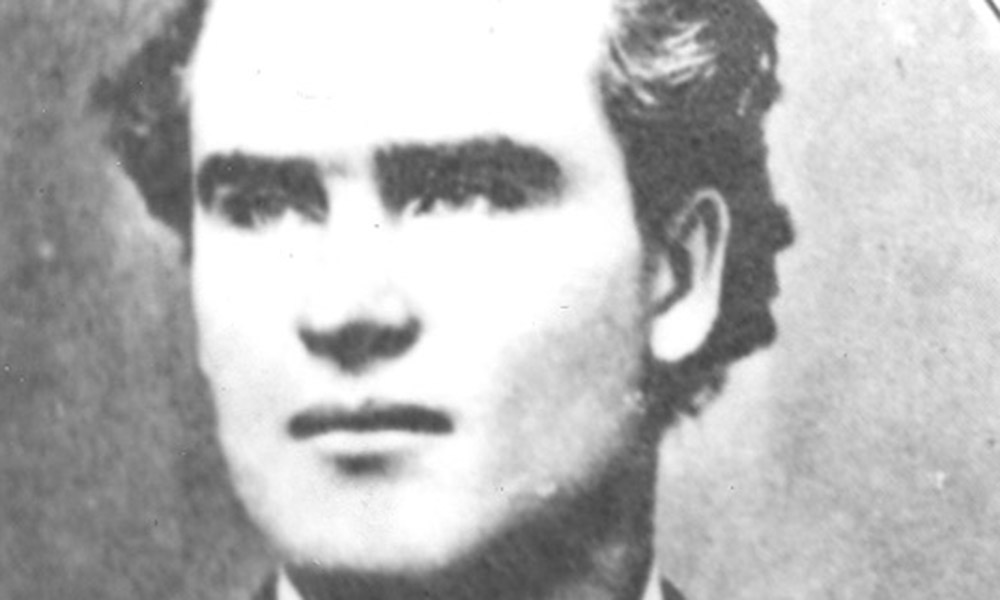 The “war proper,” as they called it, was over; however, assassinations and lynching’s would continue for quite some time. It’s been said fifty-four people disappeared and twenty-eight were known killed in the feud. The vigilance committee, calling itself the “Committee of Fifty” began a new reign of terror over the next few months. Among their victims was Al Rose. He was either hanged or gunned down by vigilantes.

Silas Young and Jesse Ellison were the leaders of this phantom group which actually numbered far fewer than fifty. They spoke of restoring order, but there’s hard evidence the self-righteous pair saw an opportunity for a land grab. Young and Ellison each wanted it all but eventually agreed to a split. Silas Young took over the Graham ranch and Ellison claimed the Tewksbury ranchlands on the east side of the creek.

In 1887, Tom Graham moved to Tempe and on October 8th, married Annie Melton and settled down. But feuds and bad blood don’t die easily. On Tuesday morning, August 2nd, 1892, he was driving a wagonload of grain on Double Buttes Road leading into town.

Beside the road, Ed Tewksbury and his brother-in-law John Rhodes sat waiting in ambush. As the wagon passed, Tewksbury raised his weapon, a .45-90 Winchester rifle and shot Graham in the back. He slumped back on the sacks of grain mortally wounded. He lived long enough to name his assassins. Tewksbury made a hasty escape by picketing a relay of fast, durable horses from Tempe to the Tonto Basin. To establish his alibi, Ed Tewksbury had to ride 170 miles in less than a day.

Ed Tewksbury, proclaiming his innocence, surrendered. Fearing a lynching, lawman Henry Garfias met him at the Kyrene railroad station and they rode quietly into Phoenix, where he was booked in the county jail. Tewksbury continued to deny any involvement, claiming he was in the Tonto Basin at the time.

John Rhodes was tried first and his trial turned out to be quite a sensation. Anne Graham, slipped a pistol into the courtroom in her purse and attempted avenge her husband’s assassinated by shooting Rhodes, but the weapon failed to fire.

Rhodes also had an alibi. He claimed to be somewhere else, and the court believed him. In 1905, at the age of fifty-five he became the oldest to serve with the storied Arizona Rangers. He also became a champion team roper in the big time rodeos well into the twentieth century. He died in 1918.

Rhodes married John Tewksbury’s widow, Mary Ann. She gave birth to a son, also named John, shortly after her husband was killed during the gun battle at the Tewksbury ranch in 1887. He later took his stepfather’s name and teaming up with his son, Tommy, won the world’s champion steer roper in 1936 and 1938.

Ed Tewksbury’s lawyers used delaying tactics to postpone his trial for some sixteen months after the murder of Tom Graham. His alibi of being in the Tonto Basin the day of the shooting was doused when a witness testified to seeing Ed drinking in a Tempe saloon that same day.

Then his lawyers got a change of venue and moved the trial to Tucson. The argument came down to whether or not Tewksbury could have ridden from Pleasant Valley to Tempe and back in a day.

The jury returned a guilty verdict, but Ed’s lawyers went on the offense, arguing, on legal technicalities, Ed hadn’t appeared in person for his plea of abatement and he was given a new trial.

Richard E. Sloan, future Territorial Governor of Arizona, was the judge at the new trial. This time, Ed’s lawyers planted a seed of doubt in the eyes of the jury and the result was a hung jury. After two and a half years behind bars, Ed was free on bond. By now, too much time had passed, and the prosecution, believing it could not get a conviction, dismissed all charges. Ed Tewksbury was a free man.

He sold his holdings in Pleasant Valley and moved to Globe, where he became a well-respected deputy sheriff. He died in Globe on April 21st, 1904 of a stroke at the age of forty-six.

Ed Tewksbury would be the inspiration for Zane Grey’s classic novel of the feud, To The Last Man.