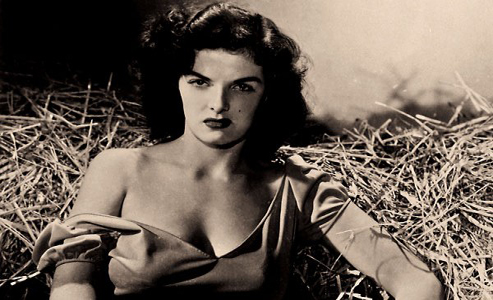 Long before Raquel Welch graced the big screen in nothing but a Mexican poncho, gun belt and Colt .45 in Hannie Caulder, America and the Westerns-loving world fell in love with the original Lady Outlaw, Jane Russell.

Decades before the release of the first silent Western movie, the dime novels filled their Wild West tales with vivid stories and illustrations of cowboys and Indians, saloon girls and outlaws, including Calamity Jane and Pearl Hart, Big Nose Kate and Squirrel Tooth Alice. Early Westerns writers knew their audience always loved a romance, so the hero’s love often conflicted between the frontier goddess of the saloon and the beauty from back home. Frontier photographers also documented the fallen angels of the Wild West, providing future artists, historians, novelists and filmmakers with ample subject matter for creative inspiration.

As silent filmmakers began adapting the early 20th-century fiction onto the silver screen, from Owen Wister’s The Virginian to Zane Grey’s Riders of the Purple Sage, the audience always knew a good Westerns hero would find himself fighting for the honor of a woman, whether she wore stockings and sang in public, or wore a homemade dress and bonnet. Filmmakers realized the need for great romance and female stars in their Westerns, and ever since Gary Cooper as the Virginian fell in love with Mary Brian’s Molly the schoolteacher in The Virginian, directors have almost always cast sensational leading ladies to grace the screen with their cowboy heroes. Famed Westerns director Anthony Mann believed a “woman is always added to the story because without a woman the Western wouldn’t work.”

In the 1930s and ’40s, writers and directors began reflecting their views of American society in their films, while studios sought more and more profit. The A-Western soon became a genre where producers marketed the great beauties of the studio stable and directors explored the sensational and dangerous themes on the frontier between good and evil, the church lady and saloon girl, civilization and chaos. While John Ford nimbly juxtaposed his social views between outlaw saloon girl Dallas and Southern belle Mrs. Mallory in 1939’s Stagecoach with great success, four years later, Howard Hughes challenged America’s audiences and war-time censors with the bodacious and sexually dangerous Jane Russell as the ultimate Western outlaw woman and pin-up in The Outlaw. Saturday afternoons at the Westerns would never be the same for directors, writers, studios or the audience: ever since Russell, pretty much every A-Western hero has had to face the temptation of the most beautiful woman Hollywood could cast into the story. That’s why the Lady Outlaw is celebrated worldwide as an American icon and as a beloved heroine of the real and imagined West. 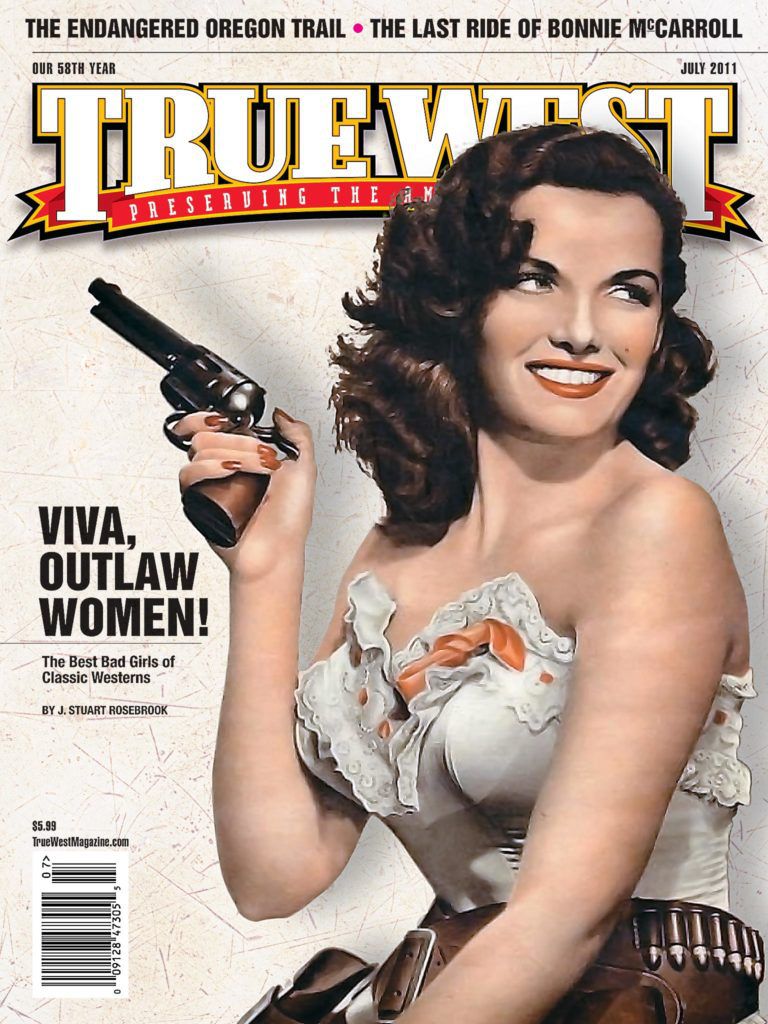