The Cartwright Cattle Company Most, when they hear the name, Cartwright Ranch, Pa, Little Joe and Hoss immediately come to mind but out in Cave Creek, Arizona the folks all know you’re talking about the real Cartwright Ranch, located just a few miles north of town... 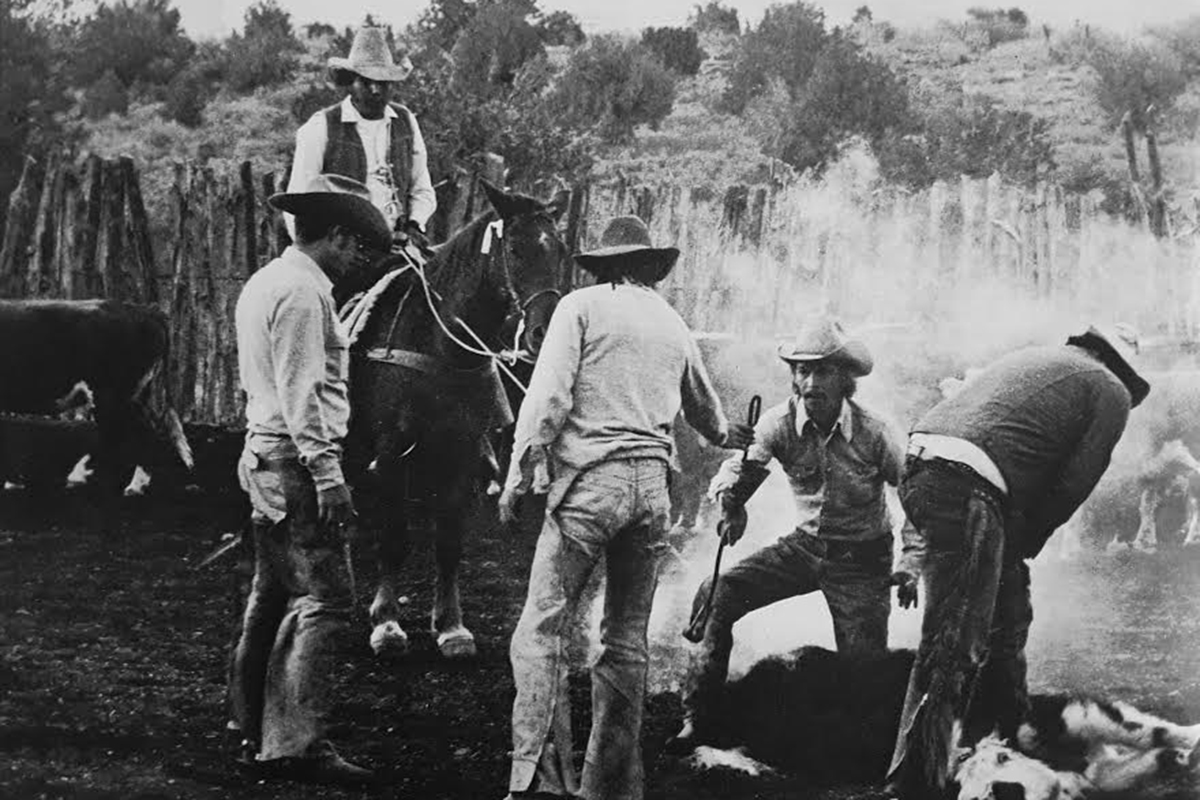 Most, when they hear the name, Cartwright Ranch, Pa, Little Joe and Hoss immediately come to mind but out in Cave Creek, Arizona the folks all know you’re talking about the real Cartwright Ranch, located just a few miles north of town.

During the 1880s new ranches were being established as the market for Arizona beef was growing rapidly at military posts new mining camps and Indian reservations that were springing up. The two transcontinental railroads that now crossed northern and southern Arizona could now ship west to California and east to Chicago.

Wherever there was good grass and water someone was bound to start a cattle ranch.

The ranches along lower Cave Creek were hurt by the long drought in the 1890s but the upper Cave Creek area fared better because of the steady flow and many springs in the area.

He’d arrived in the new town of Phoenix in 1876 where he settled with his wife and ten kids at present-day 51st Avenue and Thomas Rd. He built the first school in that area that today, bears his name. He was also instrumental in the building of the Grand Canal to bring water to his ranch.

As his sons grew up they also started ranches in the western part of the Salt River Valley that became known as the Cartwright District.

In 1882 J. M. turned over the ranching chores to his 16-year-old son, Manford. Five years later J. M. bought 160 head of Texas longhorn cattle and needed a new range. By chance he met an old miner named Jim Kentuck in a Phoenix saloon. Kentuck, who was camped at Seven Springs described the abundance of grass and water at the springs.

Manford made his ranch headquarters on some choice land near the springs. In 1899 he married a Beulah Green of Phoenix and three years later they build a nice three-story house on the property.

The area was so isolated and remote only narrow, rocky trails to get in and out that while Manford stayed on the ranch year around making frequent visits to Phoenix, his family spent the winters so the kids could attend school.

A family trip from Phoenix up to the ranch took three days by horse and wagon. The first night was spent on the banks of the Arizona Canal. Then it was north on Cave Creek Road the next day up past Cave Creek Station to a spot near the Phoenix Mine for the second night. They followed a road along Cave Creek, arriving at the ranch on the third day.

Over the years better roads were built and by 1928 a graded road ran all the way up from Camp Creek to the Cartwright Ranch.

Over the years the ranch grew to encompass some 65,000 acres of owned and leased grazing land. For nearly a hundred years, until it was sold in 1980, a Cartwright ran the outfit. Twice a year cattle with CC stamped on their hides were rounded up and driven off to market.

The ranch weathered droughts and floods. Mountain lions preyed on the stock and rustlers stole cattle. Thousands of sheep were brought into the area and economic downturns took their toll. Most devastating of all the establishment of the Tonto National Forest and the lands it encompassed. This brought in new federal regulations.

In the early days of open ranges the cattle from all the ranches in the area grazed together from the Verde River all the way west to New River, wandering south to Paradise Valley going anywhere the grass and water was good.

These long-legged, wiry longhorns were wild as deer and difficult to round up in the rough country around Cave Creek. Between roundups they seldom saw humans.

By the 1890s there were enough outfits to run a cooperative month-long roundup. Each ranch provided cowboys and the cattle were driven to a centrally located holding corral. Supplies were all brought in by pack mules.

Twenty to thirty cowhands gathered at the Verde River and worked their way west, combing the ranges for cattle, flushing them out of canyons, basins and mesas, driving them to the holding corral. The new calves were branded and ear-marked and the owners separated the ones to be driven to market.

After they crossed Paradise Valley the herds were driven to the stockyards over two routes. One went around the west end of Camelback Mountain where the Paradise Valley Golf Club is today, crossing the Arizona Canal at 40th Street then south across the desert to Tovrea’s stockyards.

The other began around 1910 ran right through downtown Scottsdale and lasted until the 1950s when increased auto traffic caused them to have to find another way.

When the summer rains and winter rain/snow was good the cattle thrived but during times of drought everyone suffered.

During the 1890s the droughts came frequently. The big roundups were halted and bands of sheep began taking over the ranges.

The lands all over the West began to react from overgrazing and the federal government stepped in to control the use of public lands.

The establishment of the Tonto National Forest brought new regulations and rules that changed ranching forever. Grazing allotments limited the number of cows and ranchers began to fence their ranges. The cost of permits and fencing caused many small ranchers to quit the business.

Manford Cartwright bought out many of the small outfits, acquiring their watering holes and allotments. He also bought up the shares of his family after their father passed. In 1938 he turned the ranch over to his son Jack. Jack retired in the 1970s and his son Allen took over. The ranch sold to the Johnson family of Mesa in the early 1980s.

Back in the early 1980s I wrote a story in Arizona Highways Magazine on the Cartwright outfit. The photos were shot by Bill Kiviat of Cave Creek.  My brother Dan was veterinarian for the CC outfit. Off and on for several years he rode with their vaqueros on roundups in what has to some of the wildest and roughest country in the West. I went along whenever I could. The cattle were as wild and as mean as grizzly bears. Some of them were 15 years old and had never been branded.

I’ll never forget two CC vaqueros, Hector and Ernesto Salazar. They were from Magdalena, Sonora and the best cactus country cowhands I’ve ever seen. It is with just a small bit of embellishment, I can still picture them chasing some wild cow down a cactus and boulder-strewn mountainside, one hand swinging a rope, the other hand holding the coils, reins, while at the same time rolling a cigarette.