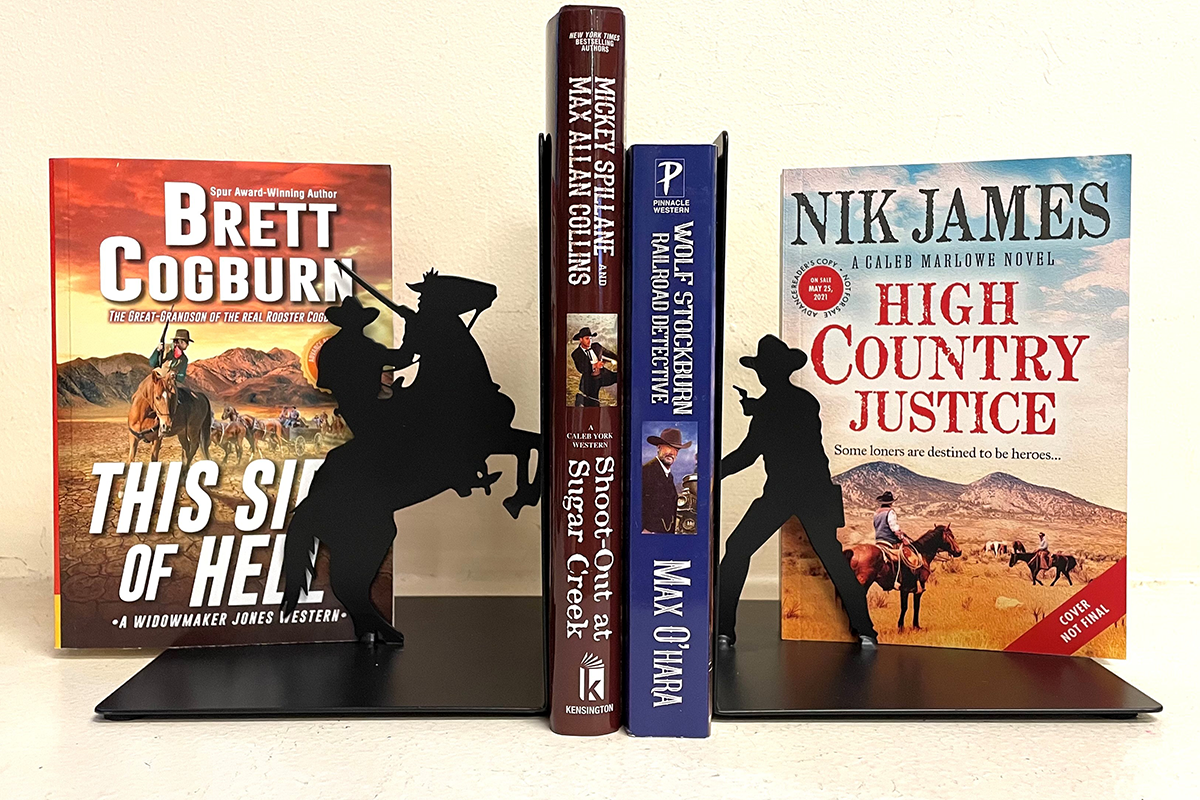 Four winners will receive copies of HIGH COUNTRY JUSTICE, the first book in the brand new Caleb Marlowe series by Nik James; the series starter WOLF STOCKBURN, RAILROAD DETECTIVE by Max O’Hara, THIS SIDE OF HELL by Brett Cogburn, and SHOOT-OUT AT SUGAR CREEK by Mickey Spillane and Max Allan Collins. Plus, one grand prize winner will also get a set of black metal Western bookends that are sure to keep your books in line. To enter, click on the link and fill out the form before May 21st!

Founded in 1974, Kensington Publishing Corp. is located in New York City and is known as “America’s Independent Publisher.” It remains a multi-generational family business, with Steven Zacharius succeeding his father as Chairman, President and CEO, and Adam Zacharius as Vice-President and General Manager. As the foremost independent commercial publishing house in the United States providing hardcover, trade paperback, mass market, and digital releases, Kensington publishes the books that America wants to read.