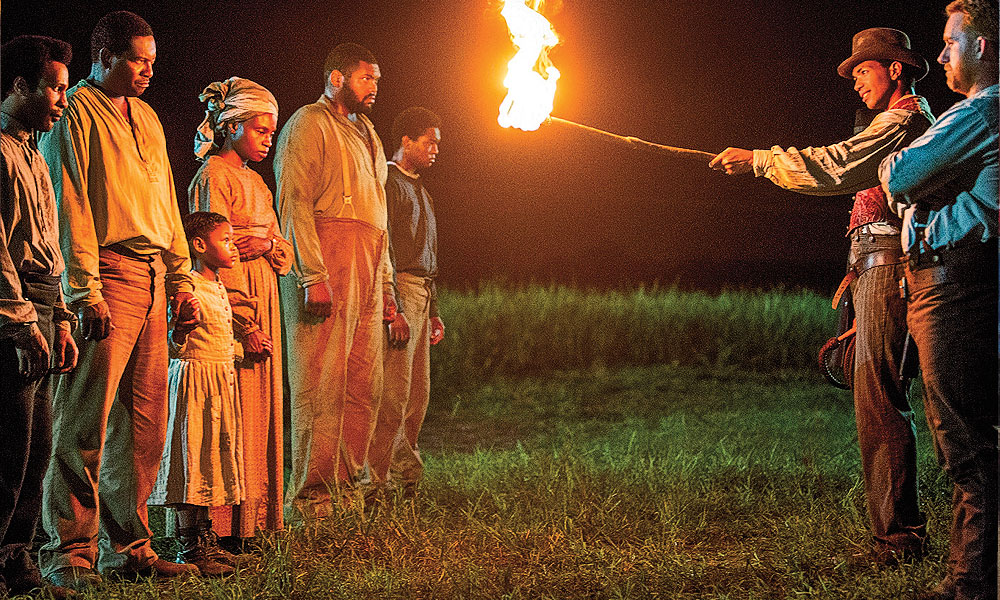 The story of the Underground Railroad, the antebellum, sub-rosa conspiracy to lead escaped slaves from Southern plantations to freedom in the North, is such an unusual, exciting and inspiring moment in our history that its telling is long overdue.

Set in 1857, WGN America’s Underground tackles that history, focusing in Season One on seven slaves fleeing a Georgia plantation, the abolitionist couple who helps them and the plantation owners and slave hunters who want to bring them back. It returns for Season Two this March. While the producers are cagey about the upcoming shows, they admit the characters who survived Season One are expected back, joined by executive producer and music impresario John Legend, portraying abolitionist Frederick Douglass.

As with 1939’s Gone with the Wind, the beauty and rich depth of Underground’s visuals draw you into both the time period, and the story, immediately. Those illustrative images are overseen by Production Designer Meghan C. Rogers, whose talent is showcased in other projects, including 2016’s The Fundamentals of Caring. “I’m an architect for film,” she explains, “a visual collaborator for the overall tone.”

Her biggest challenge on Underground? “The scope of it,” she says. “It’s pretty much an entire world that we’re creating.”

While Wagner has designed costumes for 1999’s The Green Mile, that period film was set a few decades in the past, not a century and a half ago. “It’s completely different, because there is virtually nothing existing from that era unless you go to a museum. You can look at the construction, the fabrics, see how things hung. But you’re having to suppose a lot. Clothing of the lower classes doesn’t exist because they wore it until it fell apart,” Wagner says.

The spectacular Macon family plantation was at the heart of Season One. “For the exterior, we found a plantation in Vacherie, Louisiana,” Rogers remembers. “We repainted it, landscaped it, added the pond out front, added an entire façade. All the interior sets, we built on stage—those were all created. We ended up building about 80 percent [of props]. We do a lot of antique shopping; we get a lot out of New Orleans.” But the bigger items must be built. “We do a lot of wagons and boats—we do all of the transportation.”

Sometimes historical research can unexpectedly affect the plot. Wagner recalls, “I [learned] that very vain women wore pregnancy corsets. I just had to let [series creators Misha Green and Joe Pokaski] know this went on. Suzanna Macon [Andrea Frankle] became the woman wearing the pregnancy corset. Women in this era had no legal rights. They were as much owned by their husbands as the enslaved people were. Ambitious women had nothing to do with their lives other than decorate. Suzanna uses the house slaves as a decorative element: they’re serving in the dining room, and the wallpaper and the paint are the same color as their uniforms, so they fade away as so much upholstery. That was very specifically on purpose.”

Historical accuracy is always a concern. “Whenever we go to location,” Rogers says, “the first action is removing modernity. You never realize how many light switches are in a place, or conduit, or recessed lighting. We’re constantly ripping out door hardware. We try to be as historically correct as we can. We push the envelope a little bit, stylistically, into the Victorian era, because antebellum clothes weren’t particularly flattering. All the hoops become a lot to deal with—building bigger doorways and everything.”

Wagner needed to grab her audience’s attention. Unlike Gone with the Wind’s costumes, these fashions are not seen on a big screen. “People are watching television on their cellphones,” she says. “I like to say that you should know everything you need to know about a character before they open their mouth, from their costume, hair, makeup. In film, you have the leisure for that long, beautiful shot, a lot of detail. In television, you’re setting up a character very quickly; it’s all about silhouettes.”

Season Two is well underway. “Today, they’re shooting in the oldest part of Savannah [Georgia],” Wagner tells True West, “where the cotton exchange was, which is second-speak for the slave market.”

The story line will focus on the Gullah Geechee on the islands of South Carolina. “It’s a particular population of enslaved people brought from the West Coast of Africa for rice farming,” Wagner says.

Rogers is happy that so much of this season will be on water. “I do like doing the boats—they’re really fun,” she says. “This show could go on for a long time: there’s a lot to tell. We’re just edging up on the Civil War. There are so many things that are about to happen in history. I could see Underground going five or six seasons, even more! Then there’s Reconstruction after that. There’s a lot to the story.”