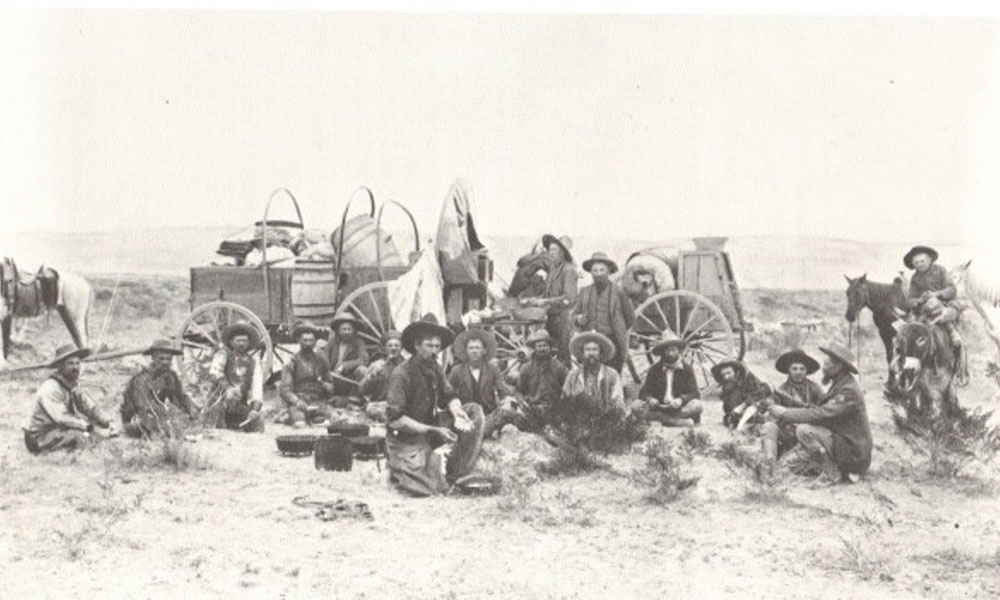 The arrival of the iron-bellied steam locomotives in 1881 marked the real beginning of the cattle business in northern Arizona.  Young and several companions organized the Mormon Cattle Company, stocking the virgin ranges around Flagstaff for the first time on a large scale.   By 1883, the price of cattle was $50 a head, up from $15 a head just two years earlier.  That same year Young teamed up with a group of Eastern capitalists, led by Colonel Jake Ruppert, the father of the man who would own the New York Yankees during the heyday of Babe Ruth and Lou Gehrig.  They founded the Arizona Cattle Company, headquartering at Fort Moroni.

The Arizona Cattle Company prospered a few more years before a prolonged drought and overstocked ranges drove the company out of business in 1899.  That year range boss Jack Diamond shipped a record 10,000 head to market.  But the good times were done.  That same year the fabled Hash Knife outfit went bust closing the book on a colorful chapter in Arizona history.