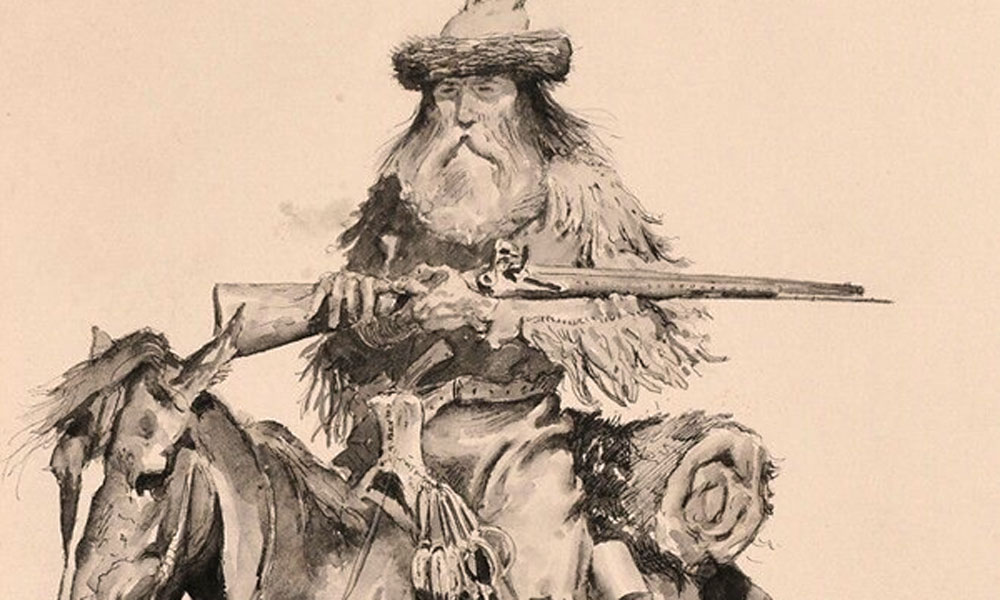 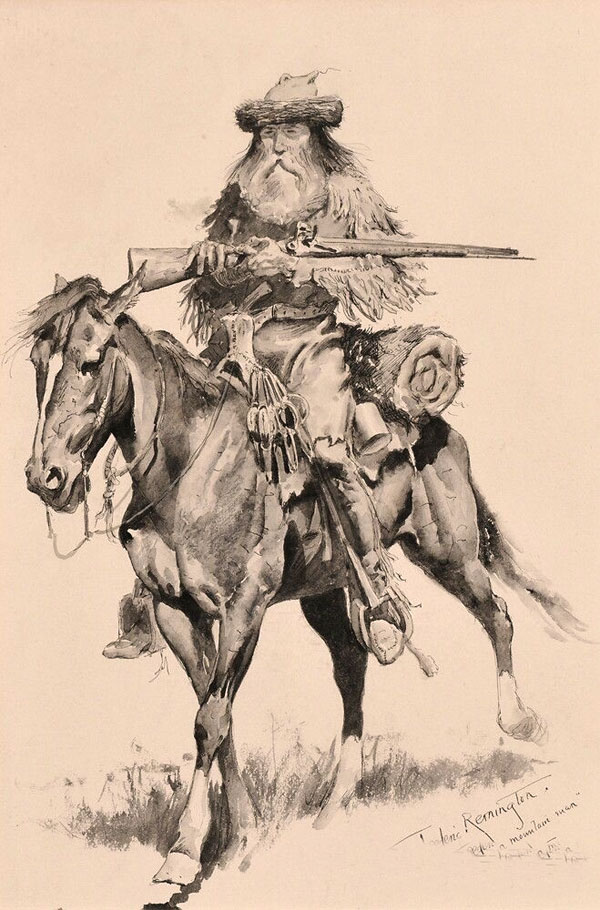 They never numbered more than a thousand, maybe two and their heyday lasted less than 20 years but the mountain men of the West made their mark on American and world history. Alone, or in small groups they ventured out across the wide Missouri and into the Rockies, And even down into New Mexico and Arizona.

The most interesting and enigmatic of these colorful mountain men was Bill Williams. They called him “Old Solitaire” because he preferred to ride alone. He was a stubborn, eccentric, independent man obligated to nobody but himself. In a land where it wasn’t safe to trap alone, Old Bill did and he always returned with his pack mules loaded down with beaver pelts. He always knew when to make a stand and when to run. That’s probably why he lived to be an old man.

Bill went west the first time as a Methodist missionary to work among the Osage Indians but they converted him instead. He married an Osage women but when she died Bill headed for the mountains. Later he married a Mexican women and then a Ute woman. The Utes adopted into their tribe.

In the mountains Bill often used his skill as a preacher to deliver sermons around the campfire. Unfortunately, these sermons were spiced up with a lot of his colorful mountain vernacular and descriptive profanity, which the other trappers naturally took as a matter of course.

Bill was a tall, skinny, redheaded man, standing over six-feet tall. His body was battle-scared and gaunt; his face, weather-beaten and pockmarked. His voice was a high-pitched and sounded more like a cackle. Bill had a peculiar way of walking—it was described as more of a stagger and it was said he never walked in a straight line. Even among a breed where eccentricity was a way of life, Ol’ Bill was considered odd. Other mountain men believed he should have a bathed once in a while and once he was accused of being a cannibal. So, most of the time Bill traveled alone, preferring the company of his mule, with whom he kept a unilateral conversation. He rode with his stirrups high causing his bony knees to be up somewhere around his chin. He rode leaning forward in the saddle causing him to resemble a hunchback on horseback.

Bill called his rifle, “Kicking Betsy” and he could shoot with unerring accuracy. He fired the heavy piece with a “double wobble.” He’d let it wobble back and forth past his target and at just the right time he squeezed the trigger. They said he never missed and bet on himself in shooting matches at $100. a shot.

Old Bill was also one of the first white “horse thieves in the West.”

He’d ride out to California where horses were plentiful, steal a bunch, drive them back to the mountains and sell them to the Indians.

They said Old Bill had more lives than a cat, surviving one hair-raising adventure after another. His luck finally ran out after 30 years in the mountains when on March 14th, 1849 a war party of Utes killed him in southern Colorado.

Arizona honors the old mountain man with a river, a mountain and a town named in his honor. A statue of the old gent greets visitors at the west end of town in Williams.