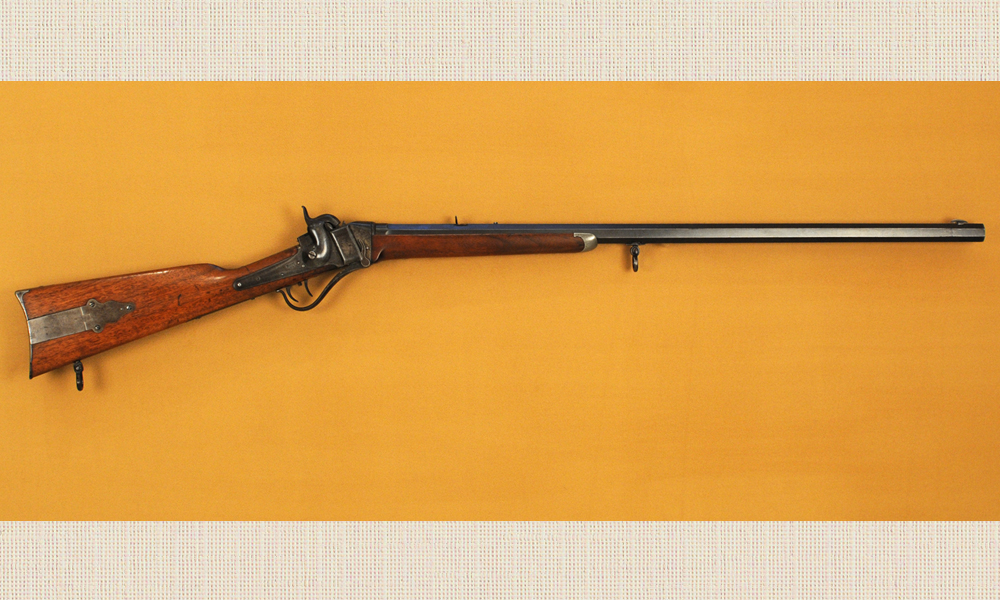 Among the first breech-loading rifles was one invented by Major Patrick Ferguson, an officer in Washington’s Revolutionary Army. It was one of the first to be loaded at the breech and could be loaded and fired six times in a minute. Ferguson, a Scotsman, demonstrated the rifle that bore his name in June, 1776. Four years later he was killed at the Battle of King’s Mountain in North Carolina.

Firearms began to change dramatically by the mid-nineteenth century. In 1848, Christian Sharps invented the breech-loading Sharps .52 caliber rifles that were a favorite of the plainsmen of the West and of both Union and Confederate soldiers during the war. Sharpshooters could pick off a sniper at 800 yards. “It could be fired today and kill tomorrow,” claimed one old timer. The word, “sharpshooter” became part of the American lexicon.

In 1874, buffalo hunter Billy Dixon became a legend when he blew a Comanche warrior out of the saddle with a Sharps .50 at the unbelievable distance of 1538 yards, or about 7/8 of a mile.

Plainsmen could load and fire five rounds in a minute in the breech-loading Sharps, a far cry from the old muzzle-loaders that took the best part of a minute to load and fire one round.

Despite the popularity of the Sharps rifles, there was a great need for a repeating rifle. During the Civil War, teenager, Christopher Spencer invented the first lever-action repeating rifle. At first the army wasn’t interested, saying it was too complex for the average soldier. But Spencer was able to get President Lincoln to test fire it and he ordered the army to purchase more than a hundred thousand rifles. The rifle loaded seven shells in the stock and one in the barrel. Rebs said enviously that the Yanks had a rifle that could “load on Sunday and fire all week.” General U.S. Grant called the Spencer the “best rifle in the hands of the troops at the end of the war.”

It’s interesting to note that after the Civil War ended the army called in the repeating rifles and issued breech-loading single-shot Springfield’s to the troops. Custer’s Seventh Cavalry was carrying these at the Battle of the Little Big Horn in 1876. The Indians had them outgunned that day with some 700 Winchester repeaters.