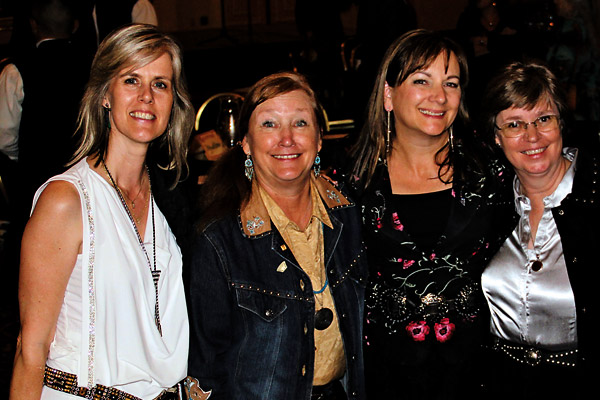 What nobody knows is that my executive director’s retreat is the homestead cabin my Belgian grandmother first lived in when coming to America. It is a place of family heritage that nurtures my interest in preserving stories of the West.

The best song made up at a WWA convention is Bill Groneman’s original composition in honor of former executive director Paul Hutton. All WWA members involved in the music circle room know the chorus: “where the grad students do all the work!” Another Groneman composition, “Western Writers’ Girls,” is a darned close second.

WWA got started when a bunch of Western fiction writers, many of them veterans of the pulps, decided it’d be fun to get together, have some drinks and trade stories on the horrors of New York editors, the lousy pay they were getting for their work and tall tales like Frederick “Heinie” Faust (Max Brand) writing a 30,000-word Western pulp serial in a hotel room in one day.

The highlight of this year’s convention will be recognition of the men and women who have received the Saddleman/Wister Awards, Spur Awards and other recognitions from WWA during its 60-year history.

In 60 years, this organization has come a long way from its fiction roots to embrace all writing about the American West: nonfiction, poetry, songs, essays, travel and screenplays for all generations of readers.

Our first Spur winner for short story went to Tommy Thompson for “Gun Job,” published in Collier’s Weekly.  The Spur award itself was named by Thompson, who said it was intended to spur WWA members to write a good story.

When Will Henry got the first Saddleman, he was a shy man who hid out behind the potted palms. But when he warmed up to his audience, he would tell you that he started out by forking hay for Walt Disney’s polo ponies. He graduated to writing material for Tex Avery, the animator for the Daffy Duck, Droopy and Bugs Bunny Warner Brothers cartoons, then to writing scripts for Death Valley Days, Zane Grey Theater and other early TV Westerns, then to writing novels, like Yellowstone Kelly, I, Tom Horn and 50 others—all works by a master.

Owen Wister is now our lifetime achievement award title because this Harvard grad, classmate and pal of Theodore Roosevelt wrote The Virginian in 1902, considered the first commercial “Western.”

The funniest speech in recent years was W.C. Jameson’s pitch to host the convention in Toad Suck, Arkansas.

If you are at dinner with Paul Hutton, Johnny D. Boggs, Courtney Joyner, Cotton Smith, Loren D. Estleman, Kirk Ellis or Tom Claggett, the topic will turn to Western film within five minutes.

CANDY MOULTON, EXECUTIVE DIRECTOR, WESTERN WRITERS OF AMERICA
For 17 years, Candy Moulton edited the Western Writers of America’s Roundup Magazine; in 2012, she became WWA’s executive director. The Wyoming native leading the organization has written 13 Western history books (including the Spur-winning biography Chief Joseph), co-edited a short fiction collection and written and produced several documentary films (including the Spur-winning Oregon Trails documentary In Pursuit of a Dream). WWA is celebrating its 60th anniversary this year and will be hosting its annual conference from June 24-29 in Las Vegas, Nevada.