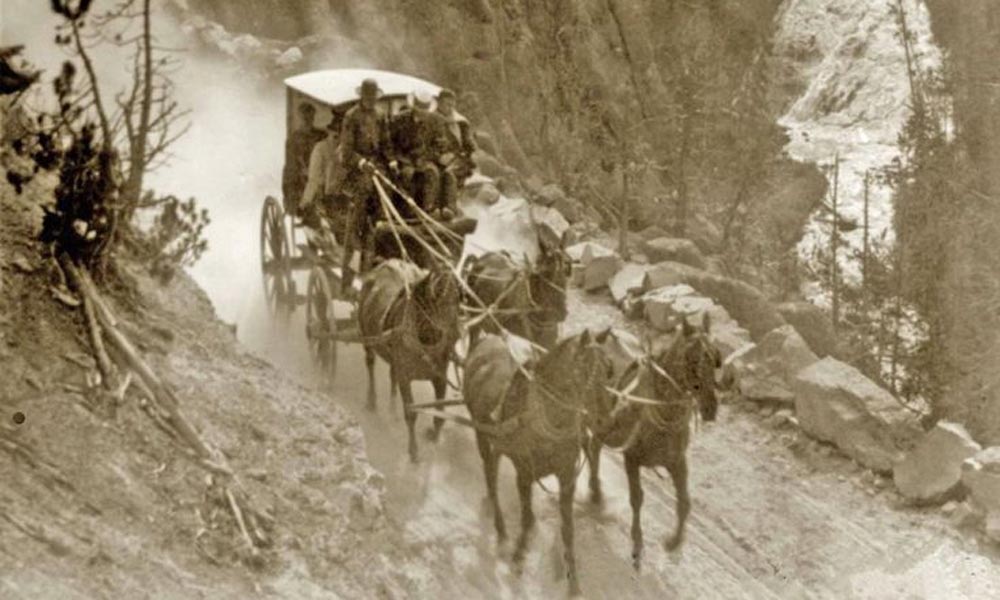 Everyone’s familiar with Abbott-Donning Concord Stagecoach from the western movies but in reality the Celerity and Mud wagons were the stagecoach of choice in the Southwest.

Gerald T. Ahnert, author of The Butterfield Trail and Overland Mail Company in Arizona 1858-1861, and Retracing the Butterfield Overland Trail, writes “By definition, it was not a stagecoach. It was in the class of passenger carrying wagons known as stage ‘celerity’ wagon. This is similar to using the term for a class of cars as ‘SUVs.’ All celerity wagons were not identical in construction. John Butterfield designed his own of which sixty-six were built by Abbott-Downing. His had the unique features of the conductor’s and driver’s seat at the same level as the passenger’s and the seats folded down to form a bed. Most other celerity wagons had the driver’s seat elevated for better visibility. No museums have a genuine Overland Mail Company stage wagon in their collection.”

“They also used the less expensive lightweight Stage “Celerity” Wagons. Most celebrations in the southwest termed ‘Butterfield Stage Days’ use stagecoaches which Butterfield did not use. Also, the style of clothing was often representative of 1878 and not 1858. Only “Overland Mail Company” was on the side of the wagons and not the word “Butterfield.’”

The Celerity was much lighter-built & often had a canvas roof & wooden sides.  It would have leather side curtains rather than glass windows or doors. The seats broke down so one could sleep. You could successfully operate a Celerity with a 4-up hitch, but they were built for speed.  Most often they used 6-up hitches for that reason.  Although Butterfield’s Stage “Celerity” wagons most often used four unbroken mules or mustangs. There were a lot more Celerity’s around than there were Concords.  Most of the ‘stagecoaches’ Republic & Monogram wrecked in the old B-Westerns were Celerity’s.

The State “Celerity” Wagons were lightweight and less expensive. This was an extremely lightly-built stage with canvas sides & roof.  Mud wagons, as they were called after the Civil War, had extremely wide wheels & iron tires & were used primarily in very bad weather, when the mail absolutely had to go thru.  A stage line with a US Mail contract was required to move the mail a minimum of 15 miles a day regardless of weather or other problems.  Repeated failure to move the mail 15 miles a day would result in a loss of the contract.  That mail contract was the reason most stage lines existed.  Passengers were a secondary concern. Without a mail contract, unless the line was a very small one serving only a few local towns, a stage line simply couldn’t stay in business.

Ahnert, writes “Butterfield chose Abbott-Downing for his stages. It was because of their suspension technology that was best suited to the low relative humidity of the southwest. Their wheels were the only ones that wouldn’t fall apart.”