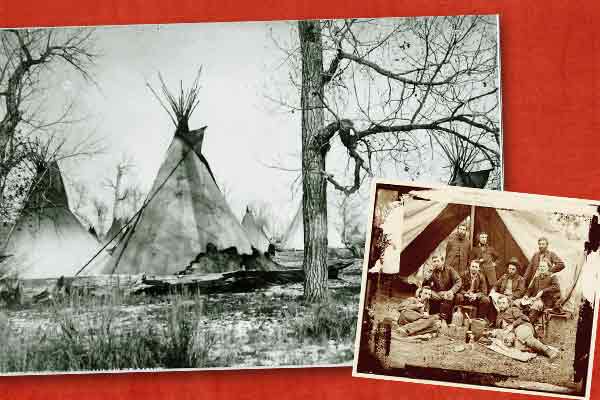 These works helped inform my own Little Big Home tome, and they are essential reading for anyone who wants to know more before visiting the Little Bighorn Battlefield.

The Custer Myth by Col. W.A. Graham (Stackpole, 1953): The book’s subtitle, A Source Book of Custeriana, only hints at the richness inside—and the sheer enjoyment it yields. The Custer fight accounts from Indians, soldiers, scouts and civilians are enhanced by photos and occasional annotation by Graham, a lifelong student of the battle who knew some of the participants. Great fun.

Centennial Campaign by John S. Gray (Old Army Press, 1976): The author was a former engineer, and he brought a formidable intelligence (combined with meticulous research) to bear on his analysis of the 1876 Sioux Campaign. Excellent on both the background and the field operations, this book also offers definitive essays on subjects such as the strength of the Indian camp and on Indian summer migrations.

The Reno Court of Inquiry edited by Ron Nichols (Custer Battlefield Historical & Museum Association, 1992): In Chicago, in January 1879, a court of inquiry was convened to examine Maj. Marcus Reno’s conduct during the Battle of the Little Big Horn. Over the next month, 23 men (mostly 7th Cavalry officers) gave testimony. The investigation quickly broadened to include the entire battle. This book is absolutely essential for any serious student of the battle.

Lakota Noon by Gregory Michno (Mountain Press Publishing, 1997): For more than a century, the many Indian accounts of the Little Big Horn battle were accorded little respect, and considered contradictory, irreconcilable and untrustworthy. The author re-examined the Indian testimony and produced a chronology of the battle in 10-minute increments. The result is a brilliant and eye-opening reinterpretation of the battle.

Drawing Battle Lines by Michael Donahue (Upton & Sons, 2008): Although this did not inform my book (it was published after mine), I do admire it. The author, a longtime seasonal ranger and researcher at the Little Bighorn Battlefield, gathered together many maps of the battle made by participants and researchers that were previously unavailable or unpublished, and added incisive annotation.

James Donovan is the author of A Terrible Glory: Custer and the Little Bighorn —the Last Great Battle of the American West, published by Little, Brown and Company, Back Bay Books and as a Kindle Edition.