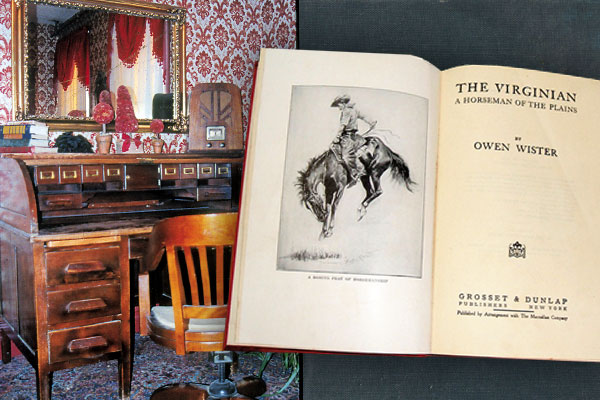 A friend once told me a story about being alone with the Lincolns at Honest Abe’s tomb. As it doesn’t get more American than that, I figured I had to include that anecdote in this column about the Lincoln Highway.

Until I discovered a problem.

Are you kidding me? You name a highway after Abe, and it doesn’t even go to his tomb!

Lincoln’s tomb might be out, but Michael Wallis, who knows all about roads, has plenty of alternatives. Wallis is best known as the author of Route 66: The Mother Road (Okay, my 10-year-old knows him best as the sheriff from Pixar’s Cars movies), but he has also written The Lincoln Highway: Coast to Coast From Times Square to the Golden Gate.

“If Route 66 is the Mother Road then certainly the Lincoln Highway is this country’s Father Road,” Wallis says. “Like Route 66, the Lincoln is not a path for tourists. It is for travelers—people who are willing to take the time to experience memorable places and people who are off the beaten path.”

Springfield isn’t on the route for good reason.

Carl Fisher came up with the idea of an “improved,” hard-surfaced coast-to-coast road over the shortest practical route (93 percent of America’s roads were dirt in 1903). Springfield would have been a time-consuming deviation. For Fisher, the brains behind the Indianapolis Motor Speedway, it was all about speed.

Building the road cost a cheap $10 million. On October 31, 1913, the Lincoln Highway was dedicated.

Fisher wanted to call it the Coast-to-Coast Rock Highway. Henry Joy, president of the Packard Motor Car Company and another brain behind the highway, came up with “Lincoln Highway.”

Packard? Why not Ford? Well, Henry Ford was too cheap to chip in cash for the project.

Good for Henry Joy. Good for Carl Fisher. Good for Frank Seiberling, president of Goodyear, another one of Fisher’s highway partners.

By the next decade, the U.S. government was creating numbered U.S. highways. Afterward, along came the Federal Highway Administration and then … interstates.

But for Wallis and fellow road warriors, highways aren’t for speed.

“Most tourists have a tendency to gawk at history and culture from afar,” Wallis says. “They don’t want to get too close or take any risks. That’s fine for them, and they need to stick to the interstate highways and turnpikes. They need the predictable and the familiar. But true travelers—willing to take a chance because it might lead to a memorable site or a person they will never find again—they need to cruise down the Lincoln Highway. They shun the predictable. They realize that taking a slow road is the best way to taste and feel the country, to use all their senses.”

Then who cares if Springfield, Illinois, isn’t on the route? Side trips and deviations are things Michael Wallis would appreciate.

Johnny D. Boggs has driven underneath the Great Platte River Road Archway Monument, eaten at Ole’s Big Game Steakhouse & Lounge and spent the night at the Plains and the Virginian hotels.