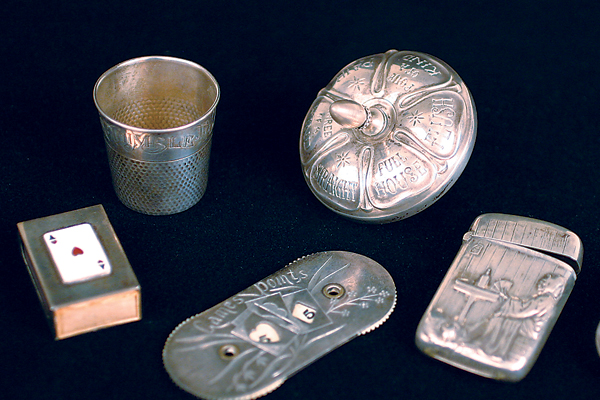 So what is the value of the gun that fatally shot 35-year-old Jesse James as he straightened a picture in his parlor? A whopping $350,000.

The gun that killed Jesse James has had a tumultuous history—on loan to a St. Joseph, Missouri, museum in the 1960s, the 1882 revolver was stolen and held for ransom; English antique dealers Colin Strong and Rick Thompson paid.

The two then sold the revolver at Wallis & Wallis auction in 1993 for $160,000. Then, six months ago, it made its way into Little John’s President John R. Gangel’s hands.

But there are still some who question if the Smith & Wesson should carry the etching “Bob Ford killed Jesse James with this revolver at St. Joseph, Mo., 1882.” Joseph Rosa, author of Guns of the American West, says he believes the Kansas City Daily Times report, which on May 5, 1882, had a sworn statement by Ford saying that he killed Jesse with a .45 caliber Single Action Army Colt.

The Smith & Wesson carries unbroken provenance, Gangel responds. The Baltimore Morning Herald reported on January 2, 1904, that Ford had given the revolver to Corydon F. Craig, the son of St. Joseph’s sheriff. Due to his treatment of Bob Ford and his co-conspiring brother, Charlie, Corydon was given the revolver in 1882, shortly after the shooting.