How did Chester Goode, Matt Dillon’s assistant on Gunsmoke, get his limp? 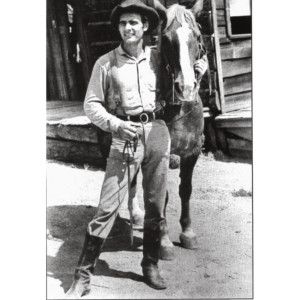 How did Chester Goode, Matt Dillon’s assistant on Gunsmoke, get his limp?

Chester Goode supposedly got that wound during the Civil War.

Now why did somebody decide to give the character a disability? Some say the producers of the show thought it could explain why he didn’t carry a pistol. Others claim that actor Dennis Weaver used the limp and his twang to draw more attention to himself. Another explanation could be that Weaver was about six foot two and producers wanted him to appear much shorter than the six-foot-seven James Arness, who played Matt Dillon.

Weaver sometimes forgot to limp, and he sometimes limped on the wrong leg. We’ll have to keep an eye out for that next time we watch Gunsmoke.