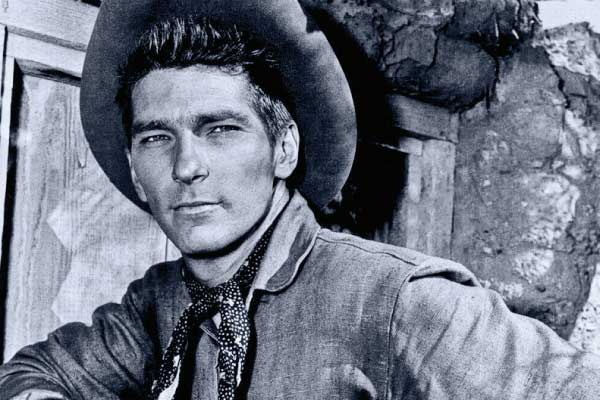 The Western is a good genre if reasonably done. It’s a morality play, and it went along that way for 100 years. I contributed to its downfall when I made The Wild Bunch. But notice, since we made it, almost all Westerns have gone to ultra-violent.

Other than Comedies, Westerns are expensive to shoot. John Ford and Sam Peckinpah would do a shot once and perhaps twice for protection. In Comedy, you have to do 20 or 30 takes. Charlie Chaplin did 200 or 300 takes to get it right.

Peckinpah’s genius was attention to detail. The wardrobe is right. The food is right. The timing is right. I did numerous pictures with Sam; we were going to do six more. Sam was supposed to do Deliverance, but he passed. The Monkey Wrench Gang, but then they offered him the Bunch. Oddly enough Sam wanted me to bankroll Bring Me the Head of Alfredo Garcia. I think it was the worst movie ever made.

The shoot-out on the roof in 1973’s Pat Garrett and Billy the Kid—Peckinpah loved it so much, he decided we needed to be in the entire picture, so he started to refilm the entire movie. That’s how crazy he was at the end.

I did six Wagon Train episodes. While Frank McGrath and I were playing two-handed pitch, John Ford comes over. McGrath says, “L.Q. is the best thing next to sliced bread.” Ford looks me up from the boots up. I started laughing. He got furious and stormed off the set, and I blew my only chance to work for Ford.

Look at any Ford film, any frame—take it off and frame it. He was an artist; each frame is a work of art. He did it like no one else.

Bob Dylan and I became reasonably good friends. I was one of the only guys who told him I wasn’t fond of his music.

I wasn’t that close with my father. We were late for church, and my dad had something to do. While my dad did something at the house, we had a wreck, and I went through the windshield. He was so crippled by the loss of my mother.

I like the people in Texas, but I can’t stand the weather. Judas, it’s like being inside a furnace.

After college, I bought a ranch in Nicaragua. I read in Time magazine about these two guys who had gone to Nicaragua and made a fortune raising cotton (85 cents a pound). We could get two bales an acre, so I got hold of a guy who was fluent in Spanish, and I raised the money in 1950-51. We raised beans, corn and dairy. We made money, but by the time we got there, all the good land was already bought, 11,000 hectares.

The best Saturday matinee ever made is Ride the High Country. I got a flinty heart, but I can’t watch that movie without tearing up.

I was lucky to work with two of the finest. Jason Robards, to me, the best actor. I directed him in A Boy and His Dog. He did not miss one trick. I worked with Anthony Hopkins in The Edge. Anthony’s so shy, people think he’s withdrawn, but when you get to know him, you really get to learn something.

Born Justus McQueen in Beaumont, Texas, where he still resides, the actor made his film debut as a WWII private in 1955’s Battle Cry. He played character roles in numerous Westerns movies, including Pecos Hill in 1958’s Buchanan Rides Alone. In the 1960s-70s, he most famously became a member of Sam Peckinpah’s stock company of actors, appearing in Ride the High Country, Major Dundee, The Wild Bunch, The Ballad of Cable Hogue and Pat Garrett and Billy the Kid.