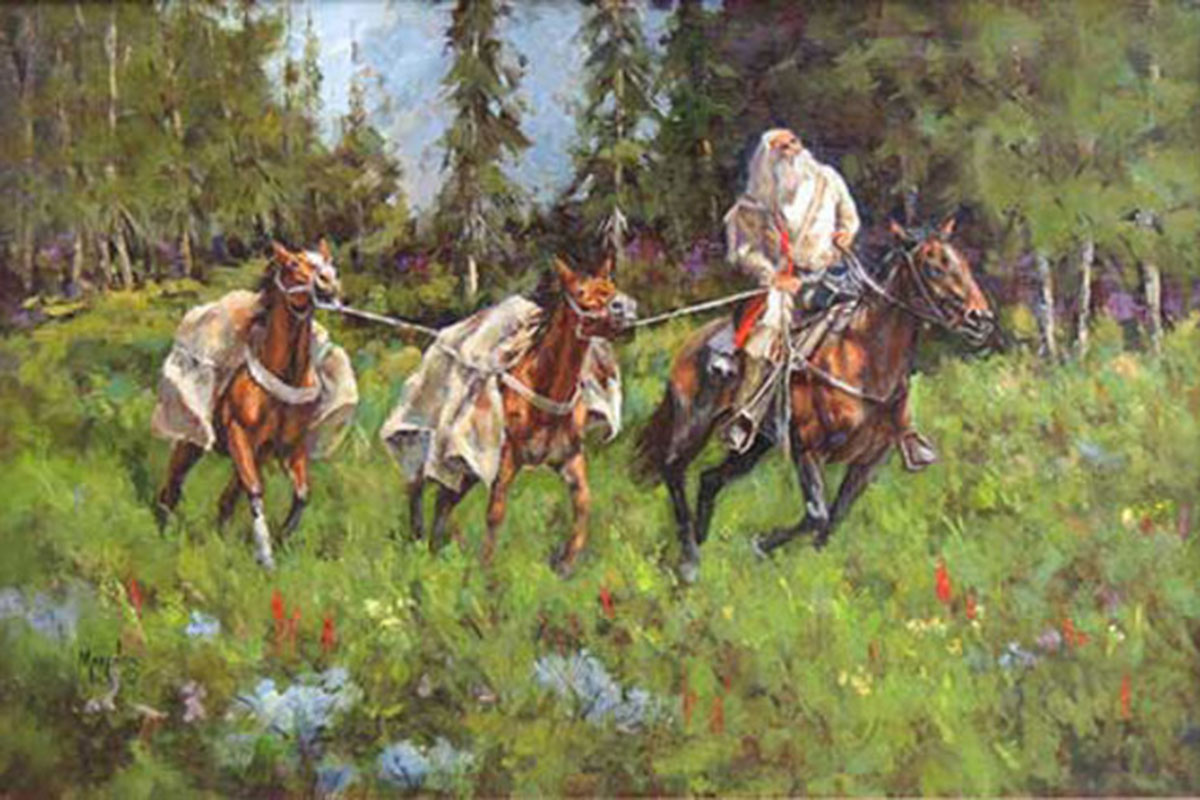 The Indians called them the “Shinning Mountains” because of their glittering snow. Meriwether Lewis, William Clark and the Corps of Discovery from May, 1804 to September, 1806, found them to be almost an insurmountable obstacle on their quest to cross the continent. But cross they did and following on their boot heels came that reckless breed of rascals known as Mountain Men.

To the Easterner reading in the popular press their lives seemed like a fairytale of romance, adventure and freedom. They may have been cleaned up, their stories bowdlerized, their attitude towards Indians and grizzly bears prettified, their exploits exaggerated and they may have been mythologized all out of proportion (which many of them would have laughed at and approved).

They numbered no more than a thousand, maybe two and their heyday lasted less than 20 years, but the mountain men left an indelible mark on American and world history. Alone or in small groups, they ventured “Across the Wide Missouri” into the trackless Rockies,
marking trails that would one day soon guide pioneers in covered wagons to Oregon and California. Today they are followed by transcontinental railroads and freeways.

In Arizona during the 1820s, James Ohio Pattie recalled sixteen survived out of 160 in one year on the Gila River. Fatal quarrels with friends, thirst, starvation, storm, accidents and disease took their toll but Indians and grizzlies seems to have accounted for most to “go
under” as they preferred to call death.

In this land of plenty food was almost an obsession. A hungry trapper might gorge himself with four or five pounds of meat at a sitting, not knowing when his next meal was coming. Crossing the hostile desert might reduce him to eating ants or crickets. Some reported making stew out of their mule’s ears or soaking their moccasins until they were soft enough to chew on. It’s not surprising that when he did find game plentiful, a feast was held and he ate until his “meatbag,” or stomach, was filled.

These mountain men and their contemporaries were the embodiment of the free spirit and independence that made this country exceptional. They were the rebels against the restraints of society and chose to live their lives in the vast unknown where death come at any moment in a variety of ways. Many returned to “civilization,” only partially, to serve as guides for the immigrant trains that came west in the 1840s and 1850s. Today’s super highways and railroads cross the mountains and deserts over their trails. It seems ironic that the men who sought sanctuary in the unexplored West would, in the final analysis, be the ones who led the society they despised into their final refuge.