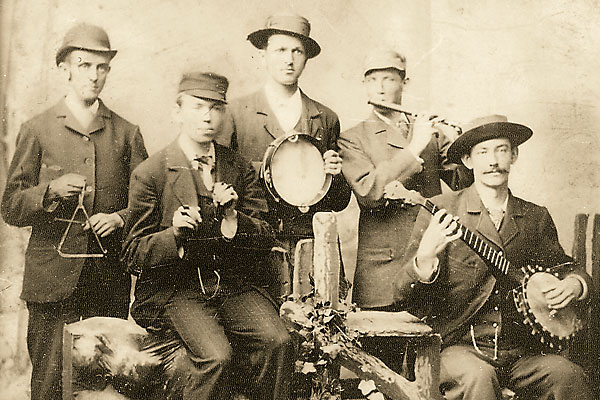 You’re more likely to find me listening to an audiobook or tuning in to National Public Radio than dialing in a Country-Western station, but not too long ago, I scanned the airwaves for some C&W music.

Several stations later, the radio was turned off, replaced by my profanity-laced “That ain’t Country music!” monologue. That prompted a flashback to South Carolina, summer, late 1970s, working as a carpenter for my dad’s construction company, hearing some three-corded whining old oaf wail on the AM while Cutch, Daddy’s foreman, tells me: “I love Hank Williams, but his son … I’d rather listen to a dog howl than hear Hank Junior.”

If there’s one constant in music, it’s this: It’s always changing. And today, the state of Country-Western—indeed, the music industry overall—is seeing great changes. Not long ago, insiders wondered if the newfangled compact disc would go the way of the 8-track, but not only are CDs everywhere today, podcasts have become part of our vernacular.

It’s so hard to keep up with the technology. Singer-songwriter Bobby Bridger points out the language used in his recording contracts to address these rapidly changing mediums: “When defining what rights they had to release my recordings, they blanketed the area with ‘as well as any medium that might be discovered in the future,’” Bridger says. “Everyone knows that the form is rapidly changing and affecting all of us whether in books, film or recordings.”

Yet all this gadgetry and a technologically-advanced audience leave many lamenting the disappearance of old Country and Western songs. “A popular Western song from the pens of Donnie Blanz and Ed Bruce said the cowboy’s ‘still out there ridin’ fences … you just can’t see him from the road!’” says Rick Huff, a board member and columnist for the Western Music Association. “That’s very much the case with contemporary Western music. If you know to look, and where, it’s there.”

Where to look? Maybe it’ll soon be at Starbucks, for all kinds of music. This spring, the Seattle-based coffee conglomerate announced that it had signed former Beatle Paul McCartney to its new record label. The album, released this June, is available on the Internet and at retail outlets and Starbucks locations internationally. Previously, Starbucks Entertainment and Concord Music Group collaborated on a Ray Charles album of duets, Genius Loves Company, which has sold more than five million copies.

Want more markets? Singer-songwriter Mike Blakely says he plans to release an album that will be available only by downloading it off the Internet as mp3s.

“I think any way to make music more available to listeners is good,” singer-songwriter W.C. Jameson says. “I can remember times as a youth living in West Texas when it was sometimes hard to get a radio signal and vinyl records were often hard to come by. Now it seems like music is available at the push of a button.”

Makes you wonder what old Jack Thorp, who compiled the historic 1908 book of cowboy tunes, Songs of the Cowboys, would think about the goings-on today. “Jack Thorp witnessed amazing changes in American music,” says Mark L. Gardner, a musician and historian specializing in Western music. “He sang and wrote cowboy songs for other cowboys, and he heard many a true cowboy sing a song by the chuckwagon (he said most cowboys didn’t have good voices). This was before phonographs or radio. But Jack lived to see an explosion in Western-themed music in the 1930s. He also saw his most famous song, ‘Little Joe the Wrangler,’ sell thousands of records, which he didn’t receive one penny of royalties from. Because of this, I think Thorp would probably take all the modern music advances in stride, but he’d be calculating how he might make a little something off the continued interest in cowboy music. He’d surely put out another songbook or two, maybe even a CD. And he’d have a website: SongsoftheCowboys.com.”

Yet it feels as if Country-Western music has traveled far from its roots. Or has it? “Its roots are pretty diverse, from British Isles fiddle tunes to African banjo rhythms,” Gardner says. “It always fascinates me to know that the instrument that is probably most identified with Country music today, the banjo, has its origins in a simple gut-strung instrument from Africa called a banza. The way that instrument and its music have been transformed since Colonial times is very representative of American music—always changing, very fluid, able to adapt and adopt, always moving forward.

“As for Western or cowboy music, it begins in the ballad tradition of the British Isles, the story song, more or less, but quickly gets absorbed into the Pop music of the 1930s, what’s known as Western Swing. Old-time cowboy singer Powder River Jack Lee, who once rode in Buffalo Bill’s show, said in 1937 that it was ‘just a lotta drugstore cowboy singin’.’ Funny thing was, cowboys really liked some of those songs. You’ll always hear ‘Ghost Riders in the Sky’ at today’s cowboy poetry and music events—and it just might even be me playing it!”

Michael Martin Murphey, perhaps today’s best-known Western singer, agrees. “I saw Roy Rogers perform live at the Cotton Bowl [in Dallas],” Murphey says. “Saw Hopalong Cassidy when he was going around with the Barnum & Bailey circus as an add-on act. Interestingly enough, you go to those things because you think they’re the real cowboys and you’re just a bunch of hicks in Texas raising hay and cattle. Then you find out that maybe you actually led the real authentic life and it was an illusion, but the country boys and the ranching kids like me who grew up around cattle and horses had a tremendous admiration and fascination for the Hollywood version.”

The problem today is that kids don’t often get to see Roy, Hopalong or other Western acts. “The biggest challenge facing Western music today is that it is invisible to most people, except industry insiders, performers and specific fans,” WMA board member Ralph Estes says. “In the course of any week, the average person sees or hears something about Rock, Rap, Hip-hop, Opera, ‘Country’ and Classical music. In any month, they will be exposed to some coverage of Jazz, ‘World’ music, maybe some other types. In the course of a given year, they will not hear any ‘Western,’ nor will they encounter anything in the media about this genre.”

Where Have All the Cowboy Songs Gone?

Somewhere along the way, Country and Western music took different paths. Then Country went spiraling off down other roads, leaving folks like Charley Pride and Loretta Lynn scratching their heads.

The Western Music Association’s biggest challenge, Huff says, is merely getting the word out that Western music is still around. “This is not only to those who will mistakenly call it ‘Country’ and, more damaging to the effort, add ‘I don’t like it—it’s all Rock,’ but to our core agricultural audience as well. There is mounting evidence they no longer understand the distinction between Country and Western themselves…. It’s going to become very important for the Western Music Association and others to master and proactively utilize the new media available to us … podcasting, YouTube, MySpace and others.”

Western isn’t alone. Times are rough in Country, too. “The business has lost ground quite a bit,” says Randy Travis, who helped steer Country back to Country in the 1980s. “Record sales are way, way down. There have been several labels who have just been swallowed up. Other labels have closed their doors, and artists are losing deals. It’s not a great time. It’s competitive, yes. I wouldn’t want to be a new artist right now.”

Murphey blames the major record companies. “Record companies want to control the artist,” he says. “They want to come up with a formula that the artist themselves cannot replicate, and it’s very, very rare for somebody like Bob Dylan to break through and write all of his own songs and put out his own creative vision record after record after record. What they want is raw material. They want somebody who looks good and can sing, and they want to be able to tell that person what songs to sing because as radio and commercial music change, they want that person to change along with it and ride out the trends…. And it’s never going to change. That’s always going to be a way to make more money. That’s just human nature.”

Yes, these days of cookie-cutter music try the souls of Country and Western purists. Or maybe it’s strictly a generational thing.

“One thing I’m certain of: The songs of our time and later will not have the longevity of some of the popular pieces of the 19th century,” Gardner says. “Sure, we can quickly pull up a Hank Thompson, Ernest Tubb or Johnny Cash classic on the web, but they won’t have the instant recognition that songs like Stephen Foster’s ‘Oh! Susanna’ or Daniel Emmett’s ‘Old Dan Tucker’ has today. Britney Spears put out a lot of big top hits, but how many people will be able to hum her melodies on demand 10 years from now? There’s so much music out there today, shot at us like a machine gun, from all directions. It’s pretty near impossible for a song in our time to become such a part of the American consciousness like ‘Oh! Susanna,’ for example.”

Right now, the bottom line is money. Western music just doesn’t sell. But making Western more commercialized isn’t the answer, Estes says. “My judgment is that moving in that direction would gain some fans and exposure but very possibly kill our present, however humble, base of fans and performers—not a prescription I would propose.”

And Country music isn’t really Country. Not today. “I remember Waylon [Jennings] saying just before he died that he was appalled at what passed for C&W music these days,” Jameson says.

Adds Travis: “Hopefully, we’ll get it straightened out one day. I’d sure like to turn on the radio and hear a little more of the traditional-type music again.”

Johnny D. Boggs once smoked dope with Willie Nelson. Okay, he didn’t, but he has killed a bottle of sour mash with Mike Blakely.