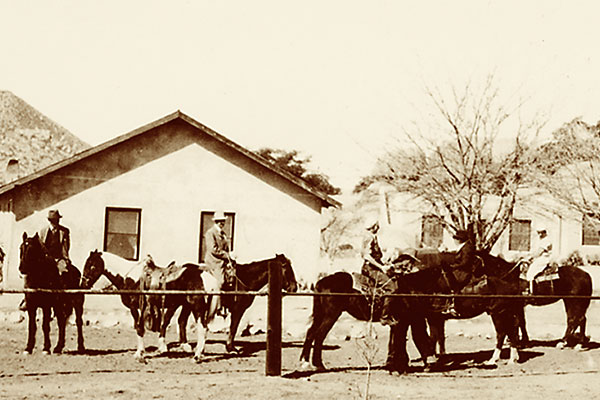 Triangle T Has Its Own Story to Tell

In 1922, the owner set up the guest ranch. Seven years later, Catherine Tuff took title to the land as the result
of a breach-of-promise-to-marry lawsuit (a lesson to be learned by men of all backgrounds). The Triangle T became one of the premiere guest ranches in the country during that period.

Not only had Kelly never seen the ranch before buying it, but she also had no ranching experience. So one could say that her first 18 months as owner has been a bit of trial and error and “learn by experience.” In other words, Kelly made a bunch of mistakes (see her list of “Do’s and Don’ts” for owning a ranch, p. 34).

Don’t: Try this without a solid bank account—far beyond what you think it will take to “fix up” the place. Don’t assume it will be easy to obtain a loan, either.