The Leg I Left Behind Me Part 2 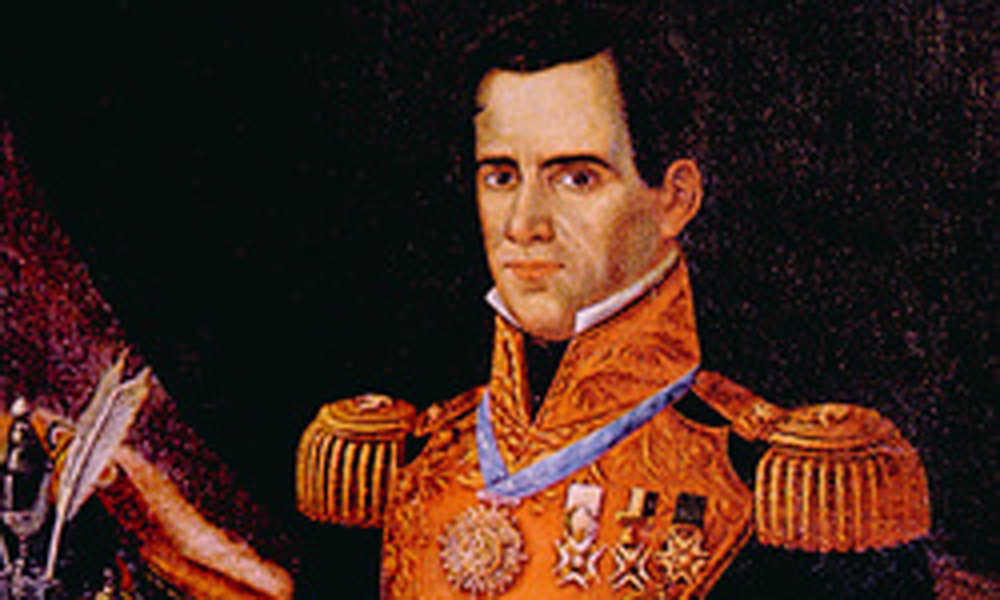 Santa Anna’s eccentricity was only exceeded by his greed and extravagance. He outfitted his own private army, gave an endless round of celebrations, most of them in his honor and soon Mexico was broke. Another rebellion drove him from office. El presidente was arrested and exiled to Cuba.

Meanwhile so many of the Texans were desiring to join the United States, relations between the Texas Republic and Mexico grew increasingly tense. In February of 1846 Texas President Anson Jones raised the flag of the United States in the capital city of Austin. Mexico broke diplomatic relations with the U.S. and eventually both nations declared war.

Once again Santa Anna seized the moment. Corresponding from Cuba he convinced U.S. President James K. Polk he could solve the dispute over Texas. Polk ordered the U.S. warships to allow Santa Anna safe passage to land at Vera Cruz.

Once back in Mexico Santa Anna defaulted on his promise to Polk and when war began the president of Mexico named him commanding general of Mexico’s army. Soon after he assumed role of el presidente once more.

On April 18th, 1847 American forces under General Winfield Scott landed at Vera Cruz and soon moved against the Mexicans at Cerro Gordo, a position that controlled the road to Mexico City.

Led by Captain Robert E. Lee, assisted by Lieutenants U.S. Grant, Pierre G.T. Beauregard and George McClellan, assaulted the Mexican’s head on. At the same time another force of Illinois Volunteers circled around and attacked them from the rear. The Mexicans had assumed the route to be impassable.

Meanwhile General Santa Anna paused to enjoy a roasted chicken dinner in his elaborate carriage. He removed his artificial leg for comfort.

Suddenly the Illinois Volunteers were upon them, screaming and shooting as they charged from the woods unaware they had almost captured General Santa Anna and ended the Mexican-American War five months early. A Mexican cavalry soldier grabbed the general, and carried him to safety.

Santa Anna was forced to flee the field, leaving behind some $18,000 in gold, the roasted chicken and his special light-weight leg made of cork.

The three soldiers, Private A. Waldron, First Sergeant Sam Rhodes, Second Sergeant John M. Gill, ate the chicken dinner, turned over the gold to the Army paymaster and kept the leg as a war souvenir.

Of all of this booty, it was the lightweight cork leg that caught the fancy of the Illinois Volunteers and they immortalized it in this song, more or less a parody of “The Girl I Left Behind Me.”

Over the years Mexico has requested the return of Santa Anna’s leg which is somewhat surprising as he was such a scoundrel there are no statues or monuments there that honor him.